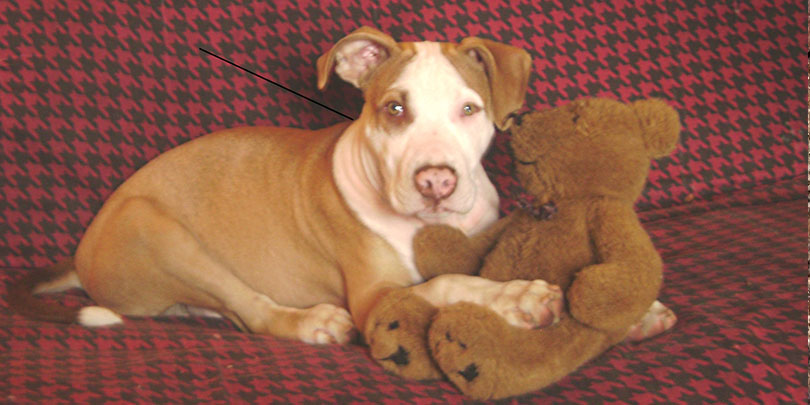 Where an insurance policy contains a “per occurrence” limit on coverage, New York courts apply what they call the “unfortunate event” test to determine how many “occurrences” are involved in a given claim or set of claims.  The test does not apply at all, however, where the policy language indicates “an intent to aggregate separate incidents into a single occurrence.”  As this blog recently discussed, the U.S. Court of Appeals for the Second Circuit ruled in September that certain language in an automobile policy failed to pass this test—making the insurer in that case responsible for three times the amount of the “per occurrence” limit.  Just two months later, in Verlus v. Liberty Mutual Ins. Co., No. 14-cv-2493 (S.D.N.Y. Nov. 12, 2015), a district court in New York found that similar language in a homeowners’ policy prevented insureds from recovering the full amount of a judgment based on multiple attacks by their pets.

Every Doom Has His Day

On May 28, 2011, Jean and Joanne Verlus were walking together on a residential street in a New York City suburb when they saw two dogs running towards them.  The dogs—American Pit Bull Terriers—were owned by a family that had named them “Diva” and “Doom.”  Doom went for Jean, while Diva attacked Joanne, causing the victims to run in opposite directions.  After receiving at least two bites, Joanne was able to climb out of Diva’s reach, so Diva left her to join Doom’s attack on Jean.  Jean was bitten by both dogs, in an ordeal that lasted three to four minutes.  Jean testified that one of the dogs’ owners witnessed the attacks, but did nothing to stop them, despite Jean’s pleas for help.

The victims sued the owners and obtained a judgment for more than $1 million.  The owners sought coverage for that judgment under a homeowner’s policy issued by Liberty Mutual Insurance Company.  The policy contained a “per occurrence” limit of $300,000 for personal liability.  It further provided:

“This limit is the same regardless of the number of … claims made or persons injured.  All “bodily injury” … resulting from any one accident or from continuous or repeated exposure to substantially the same general harmful conditions shall be considered to be the result of one occurrence.

The policy also defined the term “occurrence” in a way that tracked the provision regarding the coverage limit: under the policy, an “occurrence” is

“an accident, including continuous or repeated exposure to substantially the same general harmful conditions, which results, during the policy period in … ‘Bodily injury’ or … ‘Property damage.’

Asserting, on the basis of these terms, that the canine rampage in which the Verluses were injured constituted a single “occurrence,” Liberty Mutual paid them the “per occurrence” limit of $300,000 (plus prejudgment interest).  The Verluses then brought an action in the U.S. District Court for the Southern District of New York, seeking a declaration that there had, in fact, been three separate occurrences: Diva’s attack on Joanne, and each of Diva’s and Doom’s attack on Jean.

Will This Be on the Test?

In response to the insurer’s motion for summary judgment, the court observed that New York courts generally apply the so-called “unfortunate event” test to “determine whether there are one or more occurrences within the meaning of an insurance clause limiting coverage to a certain amount per occurrence.”  Roman Catholic Diocese of Brooklyn v. Nat’l Union Fire Ins. Co. of Pittsburgh, Pa., 21 N.Y.3d 139 (2013).  However, this test does not apply where the policy language indicates “an intent to aggregate separate incidents into a single occurrence.”  Id.  Subject to reasonable limits, such “grouping” language is to be enforced according to its terms.  See, e.g., Bausch & Lomb Inc. v. Lexington Ins. Co., 414 F. App’x 366 (2d Cir. 2011) (policy language had effect, “at most,” of “combining exposures emanating from the same location at a substantially similar time”).

The court in Verlus found it “clear” that the policy language quoted above (“all bodily injury … resulting from any one accident … shall be considered to be the result of one occurrence”) “evince[d] an intent to aggregate the incidents” into a single occurrence.  It then proceeded to find that all three dog attacks were subject to being grouped together, because they “emanat[ed] from the same location at a substantially similar time.”  Specifically: Jean and Joanne were within arm’s-length of one another as they approached their Doom (and Diva); the dogs ran towards them from the same direction, at the same time; and the victims were attacked simultaneously over a period of only three to four minutes.  The Court reasoned that, although Jean and Joanne

“were not exposed to the exact same conditions, they were exposed to the same general conditions – a simultaneous attack by two dogs – which the Policy makes clear are treated as one occurrence for liability purposes.

In Verlus, the court cited the 2013 decision of the New York Court of Appeals in Roman Catholic Diocese of Brooklyn, supra, which involved an insured seeking coverage for multiple molestation claims.  The court found that the policy in that case did not “evince an intent to aggregate … incidents,” and, in doing so, it contrasted the language of the policy at issue in another case—Consolidated Edison Co. of N.Y. v. Allstate Ins. Co., 98 N.Y.2d 208 (2002).  The policy in Consolidated Edison contained a term that was virtually identical to the one in Verlus; it stated,

“All … exposure to or events resulting from substantially the same general conditions during the policy period shall be deemed one occurrence.

As we reported last month, however, the Second Circuit held in Itzkowitz that this language did not permit the insure to avoid the “unfortunate event” test—and it cited Roman Catholic Diocese in support of that conclusion.

But each of the policies in Itzkowitz and Verlus also contained an additional term that specifically addressed the “per occurrence” limit.  In Itzkowitz, the definition of “accident” was preceded with the statement that “the most we will pay for … all damages … resulting from any one ‘accident’ is” the limit that appears in the Declarations.  Similarly, in Verlus, the policy separately provided that “[a]ll ‘bodily injury’ … resulting from” conditions that fit the definition of an occurrence “shall be considered to be the result of one occurrence.”

For these reasons, it is possible that Verlus assesses New York law more accurately than does the most recent pronouncement of the Court of Appeals.  At any rate, Verlus demonstrates that even slight differences in policy language, as applied to certain facts, can result in divergent outcomes.

Rob DiUbaldo is a shareholder at Carlton Fields in New York, New York. Connect with Rob on LinkedIn.