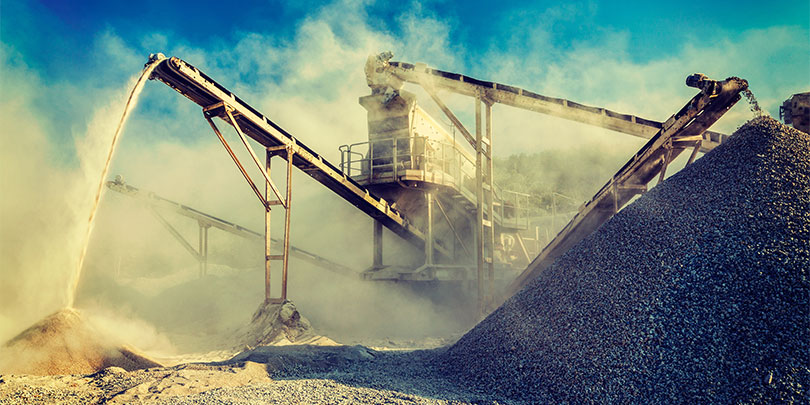 A federal judge recently relied on a pollution exclusion to find that Great American Insurance Company was not obligated to cover losses associated with the unintended distribution of rock fines into New Jersey’s Spruce Run reservoir. In Great American Ins. Co. v. ACE American Ins. Co., No. 4:18-CV-114-A (N.D. Tex. Jul. 10, 2018), the Northern District of Texas examined the scope of an absolute pollution exclusion and found that it applied to bar coverage, despite the fact that rock fines were natural particles which were being maintained for subsequent use or sale.

The subject policy was issued by Great American to U.S. Concrete and provided commercial umbrella insurance coverage. Eastern Concrete Materials, Inc.—a wholly-owned subsidiary of U.S. Concrete—was one of more than 60 entities named as insureds under the umbrella policy, which provided protection over and above a commercial general liability policy issued by ACE American. Payment and defense obligations were outlined within the Great American umbrella policy, and an absolute pollution exclusion specifically provided as follows:

The insurance does not apply to:

L.   Any liability, including but not limited to settlements, judgment, costs, charges, expenses, costs of investigations, or the fees of attorneys, experts, or consultants, arising out of or in any way related to:

As used in this exclusion “pollutants” means any solid, liquid, gaseous, or thermal irritant or contaminant, including, but not limited to, smoke, vapor, soot, fumes, acids, alkalis, chemicals and waste material. Waste material includes materials which are intended to be or have been recycled, reconditioned or reclaimed.

Eastern Concrete operated a rock quarry in New Jersey, where rock was crushed into smaller stones. The quarry collected “fines”—particles of rock generated during the process of stone crushing—and these were typically washed then placed into ponds where they were allowed to settle out. Ultimately, the fines would be removed from the ponds, dried, and either used as reclamation fill within the quarry or sold for use as fill material elsewhere.

In the summer of 2017, heavy rainfall was expected and Eastern Concrete obtained permission to pump ponds within the rock quarry into Spruce Run—an adjacent tributary to a larger reservoir. The water management plan went awry, however, when a quarry manager failed to shut off a pump before rock fines were picked up, incorporated into the pumping system, and transported inadvertently into Spruce Run.

In some areas, up to two feet of rock fines were pumped into the larger body of water. Various environmental regulation agencies issued notices of violation regarding the New Jersey Water Pollution Control Act, the Freshwater Wetland Protection Act, the Flood Hazard Area Control Act, and the Fish and Game Act. The state of New Jersey required that Eastern Concrete remove the rock fines to prevent further migration and the destruction of fish habitats. The state also took the position that Eastern Concrete was required to pay for the multiple alleged violations of environmental protection laws. During October 2017, Eastern Concrete notified Great American of the claim and demanded reimbursement for rock fine removal costs as well as defense of the claim. Great American, citing the pollution exclusion, brought a declaratory judgment action for a determination on this issue.

When Great American asserted that it was entitled to judgment as a matter of law based on the absolute pollution exclusion provision contained within the controlling policy, the court agreed and held that the policy barred coverage for the claim. The court noted that a substance could constitute a pollutant regardless of its “ordinary usefulness.” Clarendon Am. Ins. Co. v. Bay, Inc., 10 F. Supp. 2d 736, 744 (S.D. Tex. 1998). The fact that the particles were “wanted or useful” did not change their nature, and the court found that the otherwise innocuous particles became contaminants “when they were discharged and dispersed where they did not belong.” As a result, the pollution exclusion applied and Great American had no obligation to cover Eastern Concrete’s loss or defend the Spruce Run claim.

This case represents a broad application of a pollution exclusion. While the word “pollutant” may connote for most a grey haze hanging over an industrial factory, or the entry of toxic chemicals into a water supply, the location of even an innocuous substance may be held to impact the definition, such that it constitutes a “pollutant” in some contexts. Here, the court looked to the ultimate effect of the disbursement. While the particles were natural in form and harmless in their intended environment, they produced destructive results upon displacement. Luckily for Great American, the court’s broad interpretation of the pollution exclusion provision kept the insurer from getting caught between rocks and a hard place.