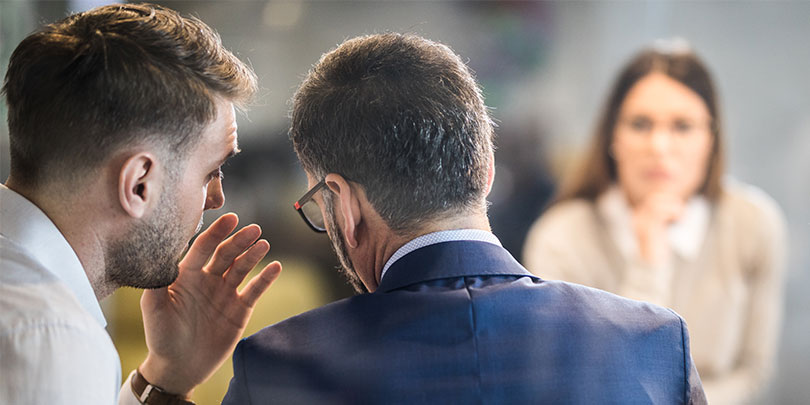 In Olsen v. Owners Insurance Co., No. 1:18-cv-01665, 2019 WL 2502201 (D. Colo. June 17, 2019), the U.S. District Court for the District of Colorado found that neither the attorney-client privilege nor the work-product doctrine protected documents containing communications between the insurer’s claims adjuster and its in-house counsel, where such documents did not contain legal advice or the insurer’s strategy for defending against the civil action.

In this case, the plaintiff was involved in a traffic collision with a third party and sustained injuries that required the plaintiff to seek medical treatment. The plaintiff, Kenneth Olsen, through his employer, was covered under defendant Owners Insurance Company’s uninsured/underinsured motorist insurance policy. Owners gave permission to the plaintiff to accept the third party’s $25,000 policy limit. However, believing this money did not cover all of his injuries and medical treatment, the plaintiff sought benefits from Owners. The plaintiff continued to request benefits or an update on the status of his benefits and provided medical bills to Owners, but to no avail. The plaintiff then initiated this coverage action against Owners, asserting claims for breach of contract, unreasonable delay or denial of insurance benefits pursuant to Colorado Revised Statutes section 10-3-1115, and bad faith breach of an insurance contract.

During discovery, the plaintiff filed a motion to compel production of approximately 48 documents that contained correspondence between Owners’ claims adjuster, Zeman, and its in-house counsel, Torrey, that Owners had withheld as attorney-client privileged or protected by the work-product doctrine.

Among the documents withheld were:

The plaintiff contended that the claims adjuster consulted in-house counsel in the ordinary course of Owners’ claims-handling process, and thus Owners must produce communications that do not seek legal advice but rather discuss the handling of the plaintiff’s insurance claim. The plaintiff argued that Owners’ in-house counsel did not always provide the claims adjuster with legal advice, but rather at times acted as a claims handler, i.e., authorized independent medical examinations or settlements. Thus, the plaintiff argued that those communications in which in-house counsel assisted the adjuster in the handling of the plaintiff’s insurance claim were not subject to the attorney-client privilege or work-product doctrine.

Conversely, Owners argued that the communications at issue were subject to the attorney-client privilege and work-product doctrine because the claims adjuster was generally advised to seek legal counsel from the in-house attorney if he had questions about whether his investigation of a suspicious claim would result in bad faith liability for Owners. Owners argued that it was immaterial whether the adjuster contacted the attorney during the claims-handling process, as the communications concerned limiting Owners’ liability in any subsequent litigation between the plaintiff and Owners. Owners argued that the work-product doctrine also shielded these communications between the adjuster and in-house counsel because the threat of litigation arose immediately given the alleged lack of medical records and plaintiff’s counsel who had an active practice in bad faith breach of insurance cases.

After an in camera review of all of the withheld documents, the court found that the record did not support the conclusion that the documents contained legal advice or Owners’ strategy for defending against this civil action. In addition, the court found that the majority of the communications did not consist of documents and tangible things prepared in anticipation of litigation. Thus, the court held that neither the attorney-client privilege nor the work-product doctrine shielded the withheld documents from discovery by the plaintiff.

Because courts often view the claims-handling process as a routine business practice for insurance companies, this case serves as a reminder to insurers that when its in-house counsel is acting in a different capacity other than an attorney providing legal advice to the insurer, courts may compel disclosure of those communications.

When Should an Insurer Deny Coverage? The Second Circuit Provides Guidance on What Constitutes a Reasonable Time by Which to Deny Coverage Under New York Law