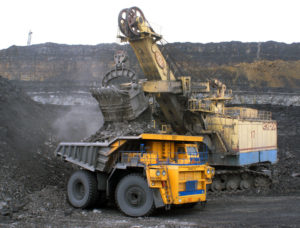 Connecticut’s intermediate appellate court addressed a number of novel issues in a wide-ranging opinion regarding primary and excess insurers’ respective duties to defend and indemnify their common insured for long-tail asbestos-related injury claims.

The opinion was rendered unanimously and authored collectively by the three-judge panel of Robert Beach, Douglas Lavine, and Stuart Bear (ret.). The case, styled R.T. Vanderbilt Company, Inc. v. Hartford Accident and Indemnity Co., 171 Conn. App. 61 (2017), was brought as a declaratory judgment action by plaintiff, R.T. Vanderbilt Company, Inc. (later substituted by Vanderbilt Minerals, LLC, its successor) (“Vanderbilt”), which was engaged in the mining and sale of various mineral products. Vanderbilt’s subsidiary produced industrial talc from 1948 through 2008. Over the past several decades, thousands of underlying cases were filed against Vanderbilt throughout the United States alleging asbestos-related injuries arising from exposure to the talc, which the underlying plaintiffs allege (and Vanderbilt denies) contained asbestos. Vanderbilt claims its insurers breached their obligations to defend and indemnify Vanderbilt for these underlying actions.

Vanderbilt sued its primary general liability insurers that issued (or may have issued) policies between 1948 and 2008. One of the primary insurers filed a third-party complaint against various umbrella and excess insurers, against whom Vanderbilt then filed direct claims. Ultimately, approximately 30 insurers, including both primary and excess carriers, were named as defendants.

The trial court, Connecticut’s Complex Litigation Docket (Shaban, J.), bifurcated trial into four phases. After trial of the first two phases, the parties filed interlocutory appeals and cross-appeals, challenging approximately 20 of the trial court’s rulings. In a wide-ranging opinion of more than 100 pages, the appellate court addressed each of the questions, reversing on some, and affirming on others.

The principal rulings are grouped into the following categories: trigger of coverage, coverage for periods when insurance was unavailable, allocation of defense and indemnity obligations, and application of policy exclusions.

The court considered when injury should be said to “occur” in order to trigger coverage, where the injury is a long-latency disease such as asbestosis that does not manifest until years, or sometimes decades after exposure to a toxic agent. Unlike dog bites or car accidents, where the date of the occurrence is seldom in doubt, asbestos-related injuries are more difficult to pin down. Consider for example, the court’s hypothetical query of which event along a chain should be considered the “occurrence” date: (1) year one, when a claimant is exposed to asbestos (termed ‘exposure’ or ‘initial exposure’ trigger); (2) year 15, when malignancy emerges (‘injury-in-fact’ trigger); (3) year 20, when disease manifests or is diagnosed (‘manifestation’ trigger); or (4) every year one-through-20 (‘continuous’ trigger)? The court also considered whether the question of trigger theory was one of fact, or purely of law.

The court first surveyed Connecticut precedent, and found that trigger theory remains an open question with respect to long-latency injury like asbestosis. Then, in declaring the issue a question of law, the court held that the trial court appropriately excluded expert testimony on the issue. The court then surveyed precedent from other jurisdictions and adopted what it declared the majority view – the “continuous trigger” approach – after citing and analyzing the competing public policy concerns underlying decisions in favor of various of the trigger theories. It therefore affirmed the trial court on this point.

The court also addressed the problem posed by pre-1962 liabilities, insofar as Vanderbilt was either uninsured or could not locate copies of its policies from 1948-1962. Here, the issue pitted the group of primary insurers against the group of excess/umbrella insurers. This is because the primary insurers agreed, as part of a side-track settlement between them in 2002, to allocate pre-1962 liabilities among the primary insurers whose policies (at least those that had been discovered) only covered the period after 1962. The trial court adopted the settlement agreement methodology, despite its inconsistency with the time-on-the-risk allocation method. The excess insurers argued that this method improperly caused the pre-1962 primary policies to be prematurely exhausted, thereby unfairly exposing the excess insurers during that period. The trial court nevertheless adopted the method, and the appellate court agreed, affirming on this point.

The court next considered what default date should be applied where neither the underlying pleadings, nor extrinsic facts learned through discovery or otherwise, revealed when the underlying claimant was first exposed to a toxic agent. Here, the court remanded to the trial court for further proceedings, with instructions to explore certain relevant fact issues that would impact the viability of a statistical method to determine a reliable “average” default date of injury, based on data from injuries whose date of origin was identifiable, that could be used as a default beginning date under the continuous trigger theory.

Allocation of Defense and Indemnity Obligations

The court considered, in light of its other rulings, how to allocate defense and indemnity obligations to the insured and insurers, respectively. It held that insurance was “unavailable” to Vanderbilt post-1986, when asbestos was carved out of insurers’ coverage based on the massive exposures that began to manifest in and around that time. Thus, based on the unavailability exception, it affirmed the trial court’s decision to exclude the post-1986 period in the allocation. Vanderbilt likewise argued that the pre-1962 period should be excluded, insofar as the insurers failed to prove that insurance was available – and that Vanderbilt chose not to avail itself of it – during that period. The court disagreed, finding that coverage was available to Vanderbilt, but that Vanderbilt failed to prove it availed itself of that coverage. Therefore, it allocated the pre-1962 period to Vanderbilt (as well as a brief period in the 1970’s when it apparently let coverage lapse for a couple months), and the post-1962 period, including post-1986, to the insurers.

Finally, the court considered the applicability of two exclusions: (1) the pollution exclusion; and (2) the occupational disease exclusion. The court reviewed Connecticut precedent interpreting the standard pollution exclusion, and found that certain key appellate cases were not helpful in the factual scenario this case presented. The court held that it was ambiguous whether inhaled asbestos fibers could be considered a “pollutant” “irritant” or “contaminant” because the manner in which exposure occurred did not implicate the type of “releases of toxic chemicals into the environment” that the court found the standard pollution exclusion was intended to address. It also found ambiguous the language requiring that such pollution be “discharged, dispersed or dispelled” into the atmosphere in order for the exclusion to apply. Applying the rule of contra proferentem, the court construed the ambiguities against the insurers.

Finally, the court also addressed some of the excess carriers’ arguments relying on the “occupational disease” exclusion contained in some of the excess policies. The trial court held that the exclusion only applied to the claims of those who were employed by the insured. The appellate court reversed the trial court on this point, finding that the language of the cited exclusions did not restrict their application to employees, but rather to “occupational disease” by whomever might have suffered it, whether an employee or otherwise.

Now All Eyes Turn to the Connecticut Supreme Court

The defendant insurers filed a petition for certification of review to Connecticut’s Supreme Court on May 17, 2017, and the plaintiff policyholder, R.T. Vanderbilt, was granted an extension of time to June 26, 2017 to oppose the petition. It will be interesting to see if and how the Connecticut Supreme Court weighs in. The appellate court addressed a number of novel issues, and also distinguished Connecticut Supreme Court precedent that could impact other of the issues. Given the impact the decision will have on the present litigation and beyond, and given the rapt attention of stakeholders – including the intervention of amici in support of both insurers and policyholders – it appears likely that the supreme court will accept certification for review. The question of whether or not to review will be answered in the near term, but should the court accept review, it may be some time before we have final answers on many, if not all of these questions.