You are here: Home / Agent/Broker / Connecticut Insurers Get a Day in Court to Resolve Regulatory Investigations 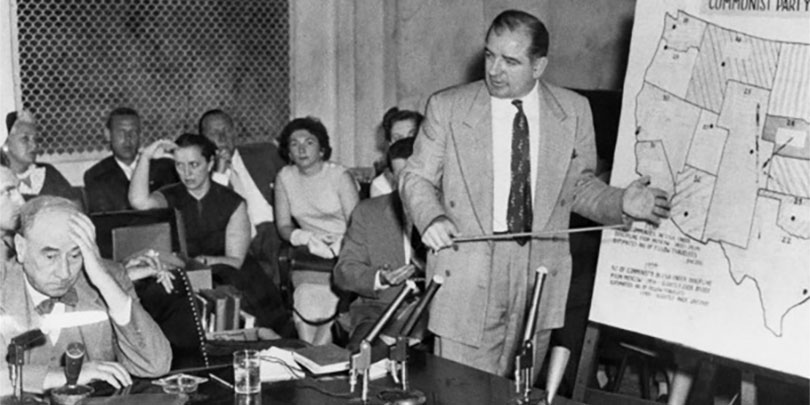 As Hillary Clinton can attest,some government investigations tend to drag on, and they create problems for their targets as long as they last.  In late 2011, the targets of a lingering investigation by the Connecticut Insurance Department tried to lift the cloud over their business, by filing a declaratory judgment action in Superior Court.  The trial court dismissed their suit, on the ground that the Department’s proceedings had not yet run their course.  But last month, in Financial Consulting, LLC, et al. v. Commissioner of Insurance, No. SC 19070 (Conn. Dec. 30, 2014), the Supreme Court of Connecticut reversed that decision.  The court’s decision will probably increase the volume of litigation over regulatory issues, but it might also inspire prompter resolution of regulatory investigations.

The plaintiffs in Financial Consulting are individual and corporate insurance producers, licensed by the Department to conduct business in Connecticut.  In September, 2009, one insurer notified the department that the plaintiffs’ appointment as its agents was being terminated for cause, based on alleged misconduct in connection with the sale of life insurance to military personnel.  The Department then initiated an investigation to determine  whether the producers had violated Connecticut law.

During that investigation, the Department sent the plaintiffs “second chance” notices, pursuant to Conn. Gen. Stat. § 4-182 (c).  Those notices, offering an “opportunity to show compliance,” allow a licensee to “put its house in lawful order before more formal agency proceedings are undertaken.”  At least one of the plaintiffs availed himself of this opportunity, attending a conference with the department in September 2011.

Meanwhile, in July 2011, the plaintiffs petitioned the Department, pursuant to Conn. Gen. Stat. § 4-176, for declaratory rulings about the legality of their conduct.  In pertinent part, § 4-176 provides that

[a]ny person may petition an agency … for a declaratory ruling as to … the applicability to specified circumstances of a provision of the general statutes, a regulation, or a final decision on a matter within the jurisdiction of the agency…”

The Department took no action on the petition.  Moreover, since the “second chance” meeting, the Department has neither exonerated the plaintiffs nor leveled any more formal administrative charges, and the investigation apparently continues.  But the Department has not formally initiated a contested case, under Conn. Gen. Stat. 4-177.  Had it done so, plaintiffs would have been entitled to a “hearing after reasonable notice.”

In a final attempt to resolve the questions that the investigation raised, therefore, plaintiffs looked to the courts: they filed a declaratory judgment action under the Uniform Administrative Procedure Act, Conn. Gen. Stat. § 4-175 (UAPA), which provides:

If a provision of the general statutes, a regulation or a final decision, or its threatened application, interferes with or impairs, or threatens to interfere with or impair, the legal rights or privileges of the plaintiff[,] and if an agency [elects to take no action within 60 days of the filing of a petition for a declaratory ruling under § 4-176], the petitioner may seek in the Superior Court a declaratory judgment as to … the applicability of the provision of the general statutes, the regulation or the final decision in question to specified circumstances.  The agency shall be made a party to the action.

In Superior Court, the Commissioner moved to dismiss the action, arguing both that plaintiffs lacked standing, and that they had failed to exhaust their administrative remedies before bringing the suit.  The trial court agreed, reasoning that the Department’s investigation was an “agency proceeding” for purposes of the “exhaustion doctrine,” and that neither § 4-175 nor § 4-176 allows a regulated entity to bypass pending administrative proceedings.  The court found, in other words, that the plaintiffs had failed to exhaust their administrative remedies—and, consequently, that the court lacked subject matter jurisdiction over the case.

As a second ground for dismissal, the court also concluded that the plaintiffs were not “aggrieved,” within the meaning of the UAPA, by the mere possibility of Department action that might restrict or otherwise jeopardize their licenses.

In short, the trial court ruled that the issues raised by the investigation had to be resolved on a timetable set exclusively by the regulators.

The Supreme Court Parts the Clouds

The exhaustion doctrine, on which the trial court based its ruling, applies where the law affords what might turn out to be an adequate administrative remedy for the subject matter of a suit.  Under those circumstances, the potential remedy must be “exhausted” before a court may exercise jurisdiction over the matter.

[W]henever possible, courts will stay their hand with respect to addressing matters that are within the cognizance of administrative agencies.

[I]t protects the courts from becoming unnecessarily burdened with administrative appeals[,] and it ensures the integrity of the agency’s role in administering its statutory responsibilities.

As the Supreme Court noted, the doctrine assumes “that agencies, not the courts, ought to have primary responsibility for the programs that [the legislature] has charged them to administer.”

On that basis, the Commissioner argued that the Department had commenced an “agency proceeding” for purposes of the exhaustion doctrine, by issuing “second chance” notices to the plaintiffs under § 4-182(c).  The courts should decline to act on the matter, the Commissioner argued, because “the resolution of [the Department’s] investigation will obviate the need for this declaratory judgment action”:

[T]he [D]epartment will either: (1) find no violation and take no action against the plaintiffs, rendering any further proceedings moot; or (2) issue a disciplinary complaint against the plaintiffs seeking fines or license suspension, which would result in an administrative proceeding with a fully developed record subject to judicial review… .

The Supreme Court rejected this argument, however, on the ground that the Department had never provided notice of a contested case hearing in accordance with § 4-177.  Absent such a notice, there was no action that the plaintiffs could take to “exhaust” their remedies with respect to the “second chance” notices.  The court reached a similar conclusion with respect to the plaintiffs’ petition for declaratory rulings from the Department, under § 4-176:  the plaintiff exhausted its remedies, the court held, by requesting the declaratory rulings.  Since there were no further steps that the plaintiffs could take under the relevant statute, the Department’s inaction could not be used to invoke the exhaustion doctrine.

In the present case, the department has not yet instituted formal license revocation proceedings, and … the department is [not] under any statutory or regulatory obligation to do so within a time certain following the issuance of the second chance notices … .  Thus, we agree with the plaintiffs that the cloud occasioned by the department’s investigation of their past conduct remains over their business, and they have to date been deprived of the opportunity to obtain regulatory guidance with respect to the legality of that conduct in future business endeavors.  We conclude, therefore, that the trial court improperly dismissed this declaratory judgment action on the ground that the plaintiffs had failed to exhaust their administrative remedies.

The Supreme Court also concluded that the plaintiffs had standing to bring their declaratory judgment action.  Plaintiffs had demonstrated that they were “classically aggrieved,” because the Department’s interpretation of the regulations which may restrict or prohibit the sale of life insurance products to military service members would directly impact plaintiffs’ ability to make a living and possibly threaten the continued viability of their business.

The exhaustion doctrine has permitted Connecticut regulators to control the pace, duration and outcome of their investigations of licensees.  Now that the Connecticut Supreme Court has clarified that there is no procedure to exhaust where a contested case has not been commenced, the regulators have lost some of this control and may need to change the way they approach investigations.

A foreseeable result of this decision is that licensees will attempt to bypass the contested case proceeding and its attendant delays by petitioning for a declaratory ruling once they are alerted to the pendency of an investigation.  In the near-term, this will force the regulators, perhaps at an earlier juncture than they would otherwise like, to issue a declaratory ruling regarding the legality of the investigated conduct, to notice a contested case hearing or to risk ceding control to the Superior Court.  In the long-term, the decision may prompt new legislation, amending the statutory scheme in a way that would explicitly equate the commencement of a regulatory investigation with the commencement of an “agency proceeding” subject to the exhaustion doctrine.  (In fact, the Supreme Court acknowledged that possibility in its opinion.)

A DJ is a Sometime Thing: In Declaratory Judgment Actions Over Coverage, the Sixth Circuit Gives Trial Courts a Wide Berth