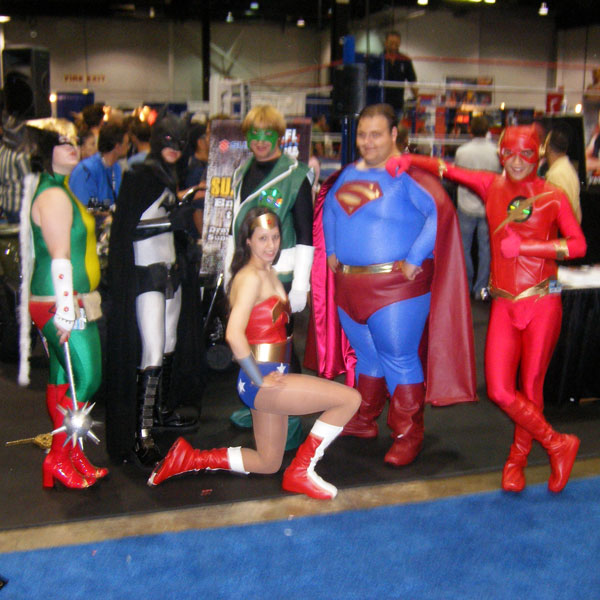 “He who does not punish evil commands that it be done.”
— Leonardo da Vinci

Workers’ compensation statutes impose liability without fault on the employers of men and women who are injured on the job. They also permit employers to recoup the costs they incur from any third parties who actually caused the injuries through negligence or wrongful acts. But the liability of most employers is covered by insurance, and insured employers often have no incentive to prosecute claims against tortfeasors. So are wrongdoers off the hook?

In Pacific Ins. Co., Ltd. v. Champion Steel, LLC, No. 19402 (Conn. September 27, 2016), one alleged malefactor argued that Connecticut’s workers’ compensation law, which makes no provision for claims against third parties by insurers, affirmatively bars insurers from seeking remedies against responsible parties. Last month, the Connecticut Supreme Court rejected that claim. In a case of first impression, the court recognized a common law right to pursue equitable subrogation in workers’ compensation cases, based on the venerable history of subrogation by insurers, as well as the public policy of the Constitution State. In a stirring endorsement of insurance litigation, the court even declared that insurers’ subrogation claims “promote and accomplish justice.”

On May 17, 2011, James Doughty, an employee of Connecticut Reliable Welding, LLC, was working at a construction site when his retractable lifeline failed. He fell to the ground and was injured. Because he was hurt in the course of his employment, Mr. Doughty was paid benefits by Reliable’s workers’ compensation insurer.

The insurer believed Mr. Doughty’s injuries were the responsibility of three contractors at the construction site, which had allegedly failed to provide an adequate fall arrest system. In May 2013, the insurer sued the three contractors in Connecticut Superior Court, seeking to recover the benefits it had paid Mr. Doughty under the common law theory of equitable subrogation.

In an order dismissing the action, the trial court reached two conclusions. First, it declined to recognize an insurer’s right to subrogation for workers’ compensation benefits. The statute which authorizes actions against third-party tortfeasors for workers’ compensation claims, Conn. Gen. Stat. § 31-293, recognizes claims by employees and employers, but it is silent about claims by insurers. The court found that the statutory recognition of those claims represents “a deviation from the common law,” and, therefore, that they must be strictly construed. It held that the statute may not be broadened to include another class of possible plaintiffs.

For the same reason, the court found that the common law claim of equitable subrogation, which Connecticut’s Supreme Court had expressly recognized in the context of uninsured motorist coverage, Westchester Fire Ins. Co. v. Allstate Ins. Co., 236 Conn 362 (1996), should not be expanded to the “presently unrecognized context of workers’ compensation.”

The trial court also addressed a motion to substitute Mr. Doughty’s employer, Reliable, as plaintiff in the case—a motion the insurer had filed in response to the defendants’ motion to dismiss. The court found that the employer could not assert the insurer’s equitable subrogation claim:

The substitution would necessarily change the cause of action from common-law equitable subrogation to a statutory right to recover under § 31–293 because the plaintiff Reliable Welding would be essentially asserting its own rights as an employer against the third-party tortfeasor and not the common-law subrogation right of the plaintiff [insurer].”

In effect, the trial court’s ruling meant that parties who are otherwise liable for workplace injuries are immune to suit (at least to the extent of the amount covered by workers’ compensation) in the majority of cases in which employers refrain from pursuing statutory actions.

In the Supreme Court, the defendants repeated the arguments about the interaction of statutory and common law that had succeeded in the trial court. They contended that the workers’ compensation statute abrogated the common law when it gave employers a right to sue third-party tortfeasors, because personal injury claims were not assignable at common law. Consequently, they maintained, the trial court was correct in finding that the statute must be strictly construed.

The Supreme Court found, however, that “there is a discernible difference between assignment and equitable subrogation, at least in the context of indemnity insurance.”

In indemnity insurance, the insurer does not act as a ‘mere volunteer,’ and its obligation to pay the insured’s loss predates the loss. Conversely, in an assignment, the assignee volunteers to pay the assignor for its loss only after the loss has occurred … . Due to this difference, … the public policy reasons supporting the common-law prohibition against the assignment of personal injury claims [do] not apply to an indemnity insurer’s right to equitable subrogation.”

Thus, while assignment of personal injury claims was prohibited, the court explained, “equitable subrogation has long existed at common law.” It cited Regan v. New York & New England Railroad Co., 60 Conn. 124, 131 (1891), which traced the right back into the Eighteenth Century. To abrogate the common law, therefore, the workers’ compensation statute would have had to affirmatively eliminate insurer’s subrogation rights. However, “[i]t is fundamental that if the legislature wishes to abrogate the common law, it must do so expressly.” Because (as the defendants themselves had pointed out) the workers’ compensation statute is silent about claims by insurers, the Supreme Court found that it could not be interpreted in a way that limited insurers’ common law rights.

The court also found that equitable subrogation in the workers’ compensation context is supported by two different elements of public policy. First,

The court also found that

equitable subrogation actions prevent the unjust enrichment of tortfeasors in situations in which the employee and employer do not bring actions to recover damages caused by the tortfeasors.”

The object of [equitable] subrogation is the prevention of injustice. It is designed to promote and to accomplish justice.”

A Never-Ending Battle For Justice

While recognizing an insurer’s right to equitable subrogation in the abstract, the Supreme Court expressed no opinion as to whether the insurer in this case had “established a right to recover from the defendants.” Rather cryptically, the court quoted Allstate Ins. Co. v. Palumbo, 296 Conn. 253 (2010), for the proposition that

[o]rdering subrogation depends on the equities and attending facts and circumstances of each case. … The determination of what equity requires in a particular case, the balancing of the equities, is a matter for the discretion of the trial court.”

In Palumbo, the court had wrestled with the question of whether a homeowner’s insurer could pursue an equitable subrogation claim against an insured’s fiancé, who had started a fire in the insured home. Because the home was the fiancé’s sole residence, and because he had paid for numerous improvements to the home, the court found it would be inequitable to allow the insurer to pursue subrogation against him.

In Champion Steel, on the other hand, the Supreme Court had already found that permitting a workers’ compensation insurer to pursue an equitable subrogation claim against a third-party tortfeasor “is designed to promote and accomplished justice.” It is hard to see what more the insurer will have to show to demonstrate a right to relief under that theory. Nevertheless, the court remanded the case to the trial court to determine whether the insurer has established its right to recover from the defendants, “depending on the equities and attending facts and circumstances of [the] case.”

In balancing the equities, the trial court should consider, among other things, if subrogation is denied, whether either Doughty or the defendants will be unjustly enriched, the impact of our public policies of containing the cost of the workers’ compensation system and disfavoring economic waste, and the expectations of the parties.”

For the moment, justice has not yet been “accomplished.” But the arc of the moral universe appears to be bending in its direction.

What You Must Know about New York’s Proposed Cybersecurity Regulation for the Banking, Insurance, and Financial Services Sectors