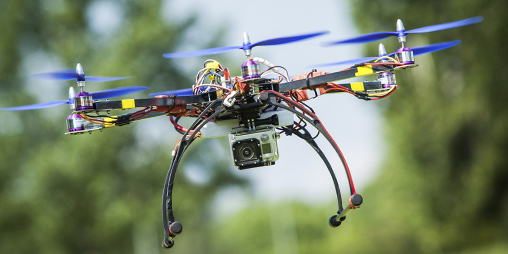 In Philadelphia Indemnity Insurance Co. v. Hollycal Production Inc. et. al., No. 5:18-cv-00768-PA-SP (C.D. Cal. Dec. 7, 2018), a California district court held that Philadelphia Indemnity Insurance Co. was not obligated to defend or indemnify a photography firm whose drone blinded a wedding guest in one eye, finding that the drone-related injury fell within the policy’s aircraft exclusion.

Darshan Kamboj, a guest at a California wedding, claimed that she lost sight in one eye after colliding with a drone operated by Hollycal Productions hired to photograph the event. After the incident, Kamboj filed a negligence action in state court against Hollycal, its owner, and the employee that operated the drone. Hollycal tendered the defense of the suit to its insurer, Philadelphia Indemnity, who agreed to defend Hollycal under a reservation of rights and then filed a declaratory judgment action in the Central District of California.

Philadelphia Indemnity sought a determination that it had no duty to defend or indemnify Hollycal in the state court action, and moved for summary judgment on the basis that the aircraft exclusion in the policy excluded coverage for bodily injury arising out of the use of any aircraft operated by an insured. Kamboj disagreed, arguing that the aircraft exclusion does not apply to drones because a “drone equipped with a camera is not capable of transporting persons or cargo,” but rather is “unmanned and operated remotely.”

The court held the aircraft exclusion applied, relying on the ordinary meaning of “aircraft” as defined by Merriam-Webster’s Collegiate Dictionary: “a vehicle (such as an airplane or balloon) for traveling through the air.” The court rejected Kamboj’s argument that the definition of “aircraft” requires the carrying of passengers or cargo, adding “that a drone is unmanned and operated remotely does not make it any less of an aircraft.”

Accordingly, the court found that Kamboj’s injury — resulting solely from the operation of the drone — was excluded from coverage, and Philadelphia Indemnity had no duty to defend or indemnify Hollycal in the state action. Philadelphia Indemnity was therefore entitled to reimbursement of its costs incurred while defending the state court action and any indemnity paid.

This decision serves as a reminder for drone operators, and policyholders in general, to carefully review their existing commercial general liability insurance policies to ensure all of their activities are covered.

Break Out Your Crystal Ball: New York’s First Department Relies on Policy’s Mitigation Provision as Support for Allegation That Consequential Damages Were Foreseeable