You are here: Home / Uncategorized / Cybersecurity Awareness Month: Visits From the Ghosts of Claims Past and Claims Future 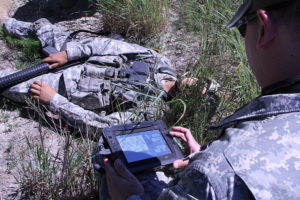 Cybersecurity awareness month is nigh upon us again, and thus perspective is in order. 2016 brought us the first collection and analysis of the nascent claims history of the burgeoning cyber-insurance market. On August 27, 2016, the National Association of Insurance Commissioners (NAIC) released its “Report on the Cybersecurity Insurance Coverage Supplement,” which provides helpful analysis of NAIC’s first data cull from insurers writing various forms of cyber coverage. The data shows that identity theft remains the most common form of risk addressed by cyber-coverages in their various forms. It also shows that much of the coverage is likely being provided on a surplus lines basis by non-admitted insurers, as policyholders continue to look for creative ways to manuscript coverage for their particular cyber-security concerns. Whether through admitted insurers, stand-alone policies, supplements to other standard coverages, or otherwise, all signs point to a continued increase in premium dollars spent on cyber coverage. But what might the future of cyber claims look like where computers and technology are becoming so ingrained in our lives, that hacking or network outages could result not only in economic harm, but even bodily injury? Companies in the technology, energy, and healthcare sectors need to take the issue seriously as society continues to integrate remotely accessible and operable devices in our homes, cars, and bodies.

The Ghost of Claims Past

NAIC’s Cybersecurity Task Force analyzed the data, and prepared a summary of its findings and identified difficulties in data collection that it will seek to improve upon in future analyses.

Key findings include the following about the size and shape of the market:

• Admitted insurers wrote approximately $1.5 billion in premiums in 2015.
• Of the $1.5 billion total, approximately one third was attributed to stand-alone cyber policies.
• 48 insurer groups (116 insurers) reported writing stand-alone cyber policies.
• In the stand-alone space, the top ten insurers wrote 78.7% of total U.S. market with the top 20 writing 95.8% of the market.
• About half of the more than 500 insurers surveyed wrote cyber in some form, mostly as an add-on or supplement to existing coverages.

Regarding claims, the data is limited, but NAIC summarized its findings as follows. Loss ratios for stand-alone cybersecurity insurance ranged from zero to over 500%. From the regulator perspective, the wildly different loss experience was unsurprising, given the uncertainties in the market, and the fact that a single loss can bring with it, as NAIC describes, “an element of catastrophe exposure.” As NAIC noted, a zero loss ratio could be indicative of good underwriting and the careful selection of risk, or simply good luck. The insurer that reported the 500% loss ratio was an insurer group with less than $400,000 in written premium. This likewise could be attributable to underwriting, or simply bad luck, given that in 2016 the average cost of a data breach is $4 million, up 29% since 2013.

Other notable findings by NAIC include the fact that approximately 82% of the third-party liability coverages in stand-alone policies were written on a claims-made basis, meaning only claims made during the policy period are covered, regardless of when an injury may have occurred. As NAIC notes, writing claims-made coverage provides insurers with more certainty, as they can avoid possible long-tail exposure that could haunt them deep into the future. This is a plus from a solvency risk perspective, but writing on this basis is, in effect, a limitation on coverage, and one that policyholders must keep in mind.

So, as NAIC notes, the first reporting gives a baseline, and has allowed NAIC to identify what types of information it will need to collect, and from whom, in order to further develop a picture of what the claims/loss history is looking like.

The Ghost of Claims Future

While the ghost of claims past may be scary (500% loss ratio, oh my!), particularly given that we still don’t have a clear picture of it, what might the future of cyber claims look like? One area that is drawing increasing attention, and no doubt vexing underwriters, is the possibility of opening cyber coverages up to bodily injury claims.

Many stand-alone cyber policies simply exclude bodily injury and property damage claims. After all, there is little risk of bodily injury in the type of event cyber policies are currently meant to cover, such as media liability and network interruptions. And policyholders may simply rely on their standard general liability coverages when they hear “bodily injury.” But what if the bodily injury is caused, not by some negligence in failing to clear the walkway of ice and snow, but rather negligence in failing to prevent a hacker from jamming a pacemaker, commandeering a Jeep, or failing to prevent a network outage from affecting critical patient care in a hospital?

Famously, a hacker named Barnaby Jack shined a bright light on these issues at one of the prominent “hacker” conferences where he attained star status before his untimely (and some would say, mysterious) death. Not content with such parlour tricks as causing ATM machines to spit out all their cash on demand, Jack made headlines in 2011 at the McAfee FOCUS 11 conference in Las Vegas, by demonstrating how he could cause an insulin pump to dispense lethal doses of insulin into a test dummy. He followed that up in 2012 with a demonstration of how to assassinate a person by hacking their pacemaker (this was not a new concept, as former Vice President Dick Cheney revealed that he ordered doctors to disable the wireless functionality of his pace-maker to prevent exactly this type of incident). Jack was scheduled to give a demonstration in 2013 in Las Vegas showing how to hack heart implants from 50 meters. He died of a drug overdose in his hotel about a week before he was scheduled to give that presentation, but not before drawing attention to one of the more frightening implications of cybersecurity in a world where internet-connected devices are multiplying exponentially.

A recent white paper by insurance broker Arthur J. Gallagher and Co. notes the FDA’s concerns in this space, as it has begun to address cybersecurity in medical devices with draft guidance on design considerations for manufacturers of interoperable devices at the pre-market stage, as well monitoring and remediation in the post-market stage for hospitals and others utilizing the data functionality of these devices in the delivery of patient care.

So who will pay for future products liability suits or medical malpractice suits that arise from bodily injury caused by hacking, network outages, or other cyber events? We may see a redux of the birth of the current cyber market: companies first looked to their CGL carriers for data breach and other cyber claims. But those policies weren’t underwritten with those exposures in mind, and insurers began to exclude them specifically. Given that many of the cyber policies designed to fill that gap specifically exclude bodily injury claims, insurers and policyholders alike will need to consider how such events might be covered in the future. These issues can affect companies (and their vendors in the supply chain) that manufacture or service products like baby monitors, “smart” cars, home security systems, and internet-connected medical devices, as the market for such technology continues to expand.

But to be sure, bodily injury claims of the future will not be confined to icy walkways and car accidents, as our bodies and health become interdependent on products for which cybersecurity is as important as physical security in terms of critical functions.

What You Must Know about New York’s Proposed Cybersecurity Regulation for the Banking, Insurance, and Financial Services Sectors