You are here: Home / Business Interruption / DC Court Finds No Coverage for COVID-19 Losses Where Plaintiffs Could Not Show That Property Sustained Direct Physical Loss 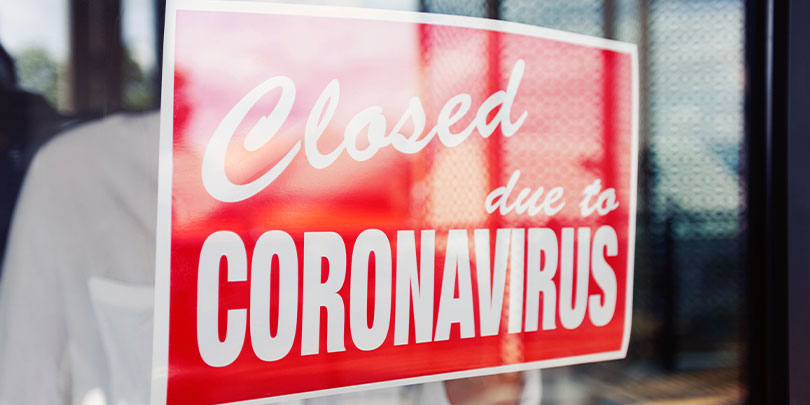 For going on five months, the United States has been dealing with the difficult impact of the COVID-19 pandemic, which has disrupted daily lives and sometimes devastated businesses. In looking for sources of economic recovery, businesses want to turn to their commercial property policies, but, as this blog has explained, these policies are unlikely to provide the coverage business owners seek because there must first be “direct physical loss of or damage” to the insured property. On Thursday, in Rose’s 1 LLC v. Erie Insurance Exchange, the Superior Court of the District of Columbia weighed in and confirmed the insurer’s position that there is no coverage for COVID-19 losses where the insured cannot demonstrate a direct physical loss.

The plaintiffs in the action own and operate a number of restaurants in the District of Columbia. In response to the COVID-19 pandemic, Mayor Muriel Bowser declared a state of emergency and issued a number of orders due to the “imminent hazard of or actual occurrence of widespread exposure” to COVID-19. The orders placed various restrictions on the operations of the plaintiffs’ restaurants, which were forced to close and suffered significant revenue losses. The plaintiffs sought coverage for their losses under their insurance policies issued by Erie. When their claims were denied, they filed suit, and both sides moved for summary judgment. As the court explained, “[a]t the most basic level, the parties dispute[d] whether the closure of the restaurants due to Mayor Bowser’s orders constituted a ‘direct physical loss’ under the policy.”

The plaintiffs pointed to the dictionary definitions of “direct,” “physical,” and “loss” to support three arguments. First, they argued that “the loss of use of their restaurant properties was ‘direct’ because the closures were the direct result of the mayor’s orders without intervening action.” The court noted, however, that the orders required the businesses to take certain actions. “Standing alone and absent intervening actions by individuals and businesses, the orders did not effect any direct changes to the properties.”

Second, the plaintiffs claimed their losses were “physical” because the COVID-19 virus is “material” and “tangible” and “because the harm they experienced was caused by the mayor’s orders rather than ‘some abstract mental phenomenon such as irrational fear causing diners to refrain from eating out.'” Again, the court was unconvinced. It noted that there was no evidence that the virus was actually present at any of the insured’s properties when they were forced to close. Moreover, “the mayor’s orders did not have any effect on the material or tangible structure of the insured properties.”

Third, the plaintiffs attempted to distinguish between “loss” and “damage,” arguing that they are distinct and loss incorporates “loss of use,” which does not require physical damage. Again, the court did not agree.

[U]nder a natural reading of the term “direct physical loss,” the words “direct” and “physical” modify the word “loss.” As such, pursuant to Plaintiffs’ dictionary definitions, any “loss of use” must be caused, without the intervention of other persons or conditions, by something pertaining to matter – in other words, a direct physical intrusion on to the insured property.

The court noted that Bowser’s orders “were not such a direct physical intrusion.”

After rejecting the plaintiffs’ plain language arguments, the court explained why none of the cases cited by the parties supported the plaintiffs’ arguments. The cases cited by the plaintiffs involved the finding of direct physical loss due to ammonia and gasoline fumes, which rendered the insured properties unsatisfactory or uninhabitable. See Gregory Packaging, Inc. v. Travelers Prop. Cas. Co. of Am., No. 2:12-cv-04418, 2014 WL 6675934, at *6 (D.N.J. Nov. 25, 2014) (quoting AFLAC Inc. v. Chubb & Sons, Inc., 581 S.E.2d 317, 319 (Ga. Ct. App. 2003) (finding that the release of ammonia into a factory was a direct physical loss because it constituted “an actual change in insured property then in a satisfactory state, occasioned by accident or other fortuitous event directly upon the property causing it to become unsatisfactory for future use or requiring that repairs be made to make it so”)); W. Fire Ins. Co. v. First Presbyterian Church, 437 P.2d 52, 55 (Colo. 1968) (finding direct physical loss when gasoline fumes entered a church and the fire department ordered its closure). The court noted that in the case involving a church’s closure by the fire department due to gasoline fumes, the fire department’s order “standing alone, does not in and of itself constitute a direct physical loss.” W. Fire Ins. Co., 437 P.2d at 55.

The court further noted that courts reject coverage when a closure is not due to direct physical harm to the insured premises. See Roundabout Theatre Co. v. Cont’l Cas. Co., 302 A.D.2d 1, 7 (N.Y. App. Div. 2002) (finding that the “plain meaning of the words ‘direct’ and ‘physical'” narrowed the scope of coverage and mandated “the conclusion that losses resulting from off-site property damage do not constitute covered perils under the policy”); Newman Myers Kreines Gross Harris, P.C. v. Great N. Ins. Co., 17 F. Supp. 3d 323 (S.D.N.Y. 2014) (holding that a law firm did not suffer a “direct physical loss” when an electric utility preemptively shut off power in advance of Hurricane Sandy).

Last, the court cited to Brothers, Inc. v. Liberty Mutual Fire Insurance Co., 268 A.2d 611 (D.C. 1970), in which a restaurant sought to recover lost business income due to a curfew imposed by the D.C. government as a result of the riots following the assassination of Martin Luther King Jr. in 1968. In that case, the court of appeals interpreted “direct loss” to mean “a loss proximately resulting from physical damage to the property or contents.” There, the restaurant could not recover because its losses due to the curfew were, at best, an indirect result of the riots, not the result of physical damage. While the D.C. court agreed that the case was not directly on point, it “does support the proposition that, in the context of property insurance, the term ‘direct loss’ implies some form of direct physical change to the insured property.”

This case supports a plain reading of the policy language, which requires direct physical loss or damage to trigger coverage, and follows two early rulings in favor of insurers on COVID-19 issues by the U.S. District Court for the Southern District of New York and the Pennsylvania Supreme Court. In addition, a Michigan court recently held that a virus exclusion barred coverage under the policy’s business interruption provisions for the plaintiff-restaurant’s financial losses caused by “the loss of access or use of the [plaintiff’s] premise[s] due to executive orders and the COVID-19 virus crisis” (among other reasons for there being no coverage). SeeGavrilides Mgmt. Co. v. Mich. Ins. Co., No. 20-258-CB-C30 (Mich. Cir. Ct. July 1, 2020). In making its ruling for the insurer, the Michigan court noted that the policy required direct physical loss of property or direct physical damage to property. The Michigan court, like the D.C. court, found that “the plaintiff just can’t avoid the requirement that there has to be something that physically alters the integrity of the property. There has to be some tangible, i.e., physical damage to the property.”