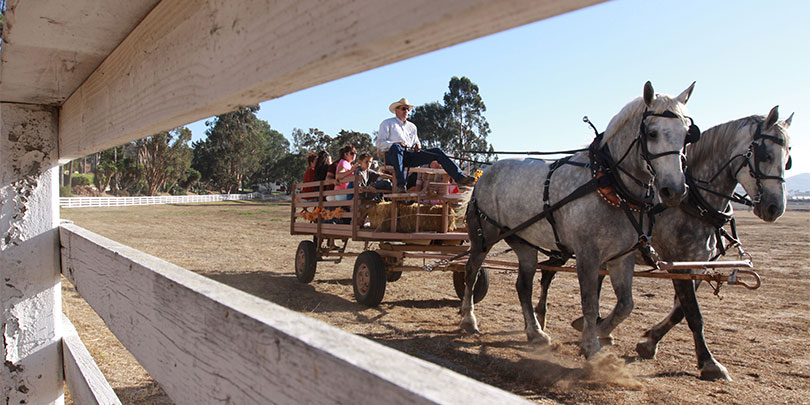 Hoey arose when a wholesome recreation went terribly awry.  Burt Hoey owns a farmers’ market that offered hay rides, pony rides and pumpkin picking.  Via Craig’s List, he hired 23-year-old Mary Armbruster to run his hay wagon for eight weekends, paying her $100 a day in cash.  In September 2011, an accident with the wagon crushed Ms. Armbruster’s spine, leaving her paralyzed from the waist down.  She sued Mr. Hoey and his daughter for negligence in state court in Michigan.

Mr. Hoey was insured under a commercial general liability policy issued by Western World.  The insurer agreed to defend the negligence suit, but it also reserved its right to deny coverage, based on the policy’s employee exclusion.  The lawyer appointed by Western World then filed a workers compensation claim, asserting that Ms. Armbruster was eligible for workers compensation coverage as a statutory employee of Mr. Hoey.  The negligence suit was stayed pending the resolution of that issue.

Separately, the insured and the insurer filed competing actions for declaratory judgment over the issue of coverage.  Both suits were filed on the same day.  Mr. Hoey and his daughter, joined by Ms. Armbruster, filed their action in a Michigan state court, while the insurer filed its suit in the U.S. District Court for the Eastern District of Michigan.

Western World removed the state court action, and the two cases were consolidated.  The district court awarded summary judgment to the insurer, and Ms. Armbruster appealed.

In the Court of Appeals, Ms. Armbruster argued that the district court should have exercised its discretion by declining to rule on the parties’ dispute.  That issue ordinarily turns on the factors that the Sixth Circuit identified in Grand Trunk, supra:

(3) whether the declaratory remedy is being used merely for the purpose of ‘procedural fencing’ or ‘to provide an arena for res judicata;’

(c) whether there is a close nexus between underlying factual and legal issues and state law and/or public policy, or whether federal common or statutory law dictates a resolution of the declaratory judgment action; and

(5) whether there is an alternative remedy which is better or more effective.

In this case, however, Ms. Armbruster wasn’t arguing that a declaratory judgment was inappropriate; her claim was only that the judgment should have been rendered by a state court.  As the Sixth Circuit explained:

In this case everyone—the insured, the insurer, and the tort plaintiff—wanted a declaratory judgment to determine whether Western World has a duty to defend and indemnify Hoey and [his daughter].  The parties disagree about which court should issue the declaration … .

Thus, while both sides focused on “[w]hether the declaratory action would settle the controversy,” they disagreed about which “controversy” had to be “settled.”  Ms. Armbruster cited a line of cases in which the Sixth Circuit had admonished that declaratory judgment actions over coverage “should normally be filed … in the court that has jurisdiction over the litigation which gives rise to the indemnity problem“—in this case, a state court in Michigan.  See, e.g., Bituminous Cas. Corp. v. J&L Lumber Corp., 373 F.3d 807, 816 (6th Cir. 2004).  These cases, she contended, interpreted the first Grand Trunk factor to ask whether the declaratory judgment would resolve the controversy in the underlying suit.

Ms. Armbruster also acknowledged, however, that there is a second line of cases—cases that led the district court to find that

‘controversy’ refers to the matter before the federal court regarding the insurer’s obligation to provide indemnification.  The decision by a federal court [hearing a declaratory judgment action] need not resolve the underlying dispute.

On appeal, the Sixth Circuit declined to choose between these “two lines of precedent.”  Instead, quoting its own decision in Scottsdale Ins. Co. v. Flowers, 513 F.3d 546 (6th Cir. 2008), it explained that “the split might reflect … differences in the factual circumstances presented by different cases.”  Rather than resolve the conflict for future cases, the court ruled that district courts may appropriately follow either line:

In this case, the district court saw greater virtue in resolving the issue of coverage, especially because the facts concerning the coverage issue were undisputed.  This conclusion was within the district court’s discretion.

By way of guidance for future cases, the court stated only that

a district court would be wise to decline jurisdiction over a declaratory judgment action if it involved novel, unsettled, or complex issues of state law; if there were evidence of procedural fencing; or if the sought-after declaration would somehow be frivolous or purely advisory

An Employee is an “Employee”

(1) control of the worker’s duties; (2) payment of wages; (3) the right to hire, fire, and discipline; and (4) performance of the duties toward the accomplishment of a common good.

On this issue, too, the Court of Appeals acknowledged a competing line of authority.  And, once again, the court declined to take sides:

The district court’s use of the economic-reality test could potentially have been in tension with the Michigan Supreme Court’s repeated instruction that undefined terms in an insurance policy should be interpreted ‘in accordance with their “commonly used meaning.”‘  Allstate Ins. Co. v. McCarn, 645 N.W.2d 20, 22 (Mich. 2002). … Some courts have accordingly looked to the dictionary definition of ’employee’ when construing the term in an insurance contract. … In this case, any tension between the two approaches is academic because [Ms.] Armbruster was clearly an employee under either the economic-reality test of the common understanding of the word ’employee.’

On one important point, however, the court spoke decisively:

Like Hats and Belt Buckles, Indemnity Agreements in Texas Must be CONSPICUOUS

Connecticut Insurers Get a Day in Court to Resolve Regulatory Investigations