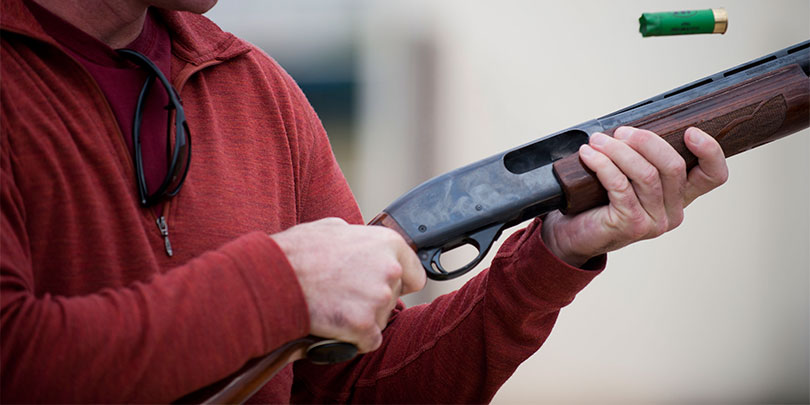 Bad things can happen to innocent people, and sometimes the people responsible for them are judgment-proof.  When that happens—and when the perpetrator also has potential coverage under an automobile or homeowners policy—victims sometimes view the circumstances of their injury more generously; they describe them with words like “careless” and “negligent” in place of harsh, judgmental terms, such as “intentional” or “criminal.” Something of this sort seems to have been going on in Travelers Property Casualty Co. v. Moore, No. 13-14413 (11th Cir. Aug. 14, 2014). In that case, a district court found that coverage was available, after holding that the defendant had “accidentally” shot two men with a  sawed-off shotgun, after blowing out a tire of their truck and chasing them down in his employer’s van.  In reversing the district court’s decision, the Eleventh Circuit reached an obvious, but potentially important conclusion:  even if the employee had had “permission” to use the van for “personal purposes,” which would have made him an “insured” under the employer’s commercial automobile insurance policy,

it does not follow that [the employer] … granted him permission to use the van as a pursuit vehicle in furtherance of a deadly criminal rampage.

Justin Maurice Moore worked as a field technician for GTECH Corporation, a Rhode Island corporation that installs and services lottery machines in Georgia.  To help him perform his job, GTECH provided Moore with a company van, which was covered under a commercial automobile policy issued by Travelers.  GTECH had a written “Fleet Policy,” pursuant to which non-exempt employees like Moore were prohibited from using company-provided vehicles “for personal use.”  Before taking possession of the van, Moore had to sign a document acknowledging that he had reviewed the Fleet Policy.

On November 12, 2009, Moore was at home and off-duty when two men pulled into his driveway, in a vehicle provided by their employer.  Willie Thackston and Brandon Thomas had come to repossess Moore’s Ford Mustang, which was parked next to the GTECH van.   When they had attached the Mustang to their tow truck, Mr. Moore emerged from his house with a sawed-off shotgun.  His first blast was a “warning shot” into the air.  The second and third hit the tow truck’s boom, and a fourth hit the truck’s front passenger-side tire.  Fearing for their lives, Thanckston and Thomas sped off on the flat tire, with the Mustang in tow and Thomas in the passenger seat.

Moore then jumped into the company van and gave chase, with his shotgun pointed out the driver’s side window, and his finger on the trigger.    When he realized Moore was following him, Thackston began swerving the tow truck from side to side, hoping he could prevent Moore from getting a clean shot into the truck’s cabin.  Nevertheless, as the vehicles entered a cul-de-sac, Moore managed to pull up alongside.  His finger was still on the trigger, and the shotgun was still pointed out the window of the van.  At that point, the two vehicles made contact.  The shotgun went off, killing Thomas and wounding Thackston.

Moore would later claim he hadn’t intended to fire that shot, but, after initially fleeing, he returned to the scene and threatened to shoot Thackston again.  Brandishing his shotgun, he forced Thackston to unhitch the Mustang.  Thackston complied, and Moore sped off in the car, abandoning the GTECH van.  He was eventually apprehended, convicted of felony murder (along with several related offenses) and sentenced to life in prison.

pay all sums an “insured” legally must pay as damages because of “bodily injury” … caused by an “accident” and resulting from the ownership, maintenance or use of a covered “auto.”

The Policy defined an “insured” as:  “[a]nyone … using with your permission a covered ‘auto’ you own, hire, or borrow …”

The Policy also featured the following exclusion: “This insurance does not apply to ‘bodily injury’ … expected or intended from the standpoint of the ‘insured.’”

When Moore was sued by Thackston, Thomas’s estate and Thomas’s surviving spouse, Travelers brought an action, in a federal court in Georgia, seeking a declaratory judgment that there was no coverage for the shooting, and that Travelers had no duty to indemnify Moore.   The key issues were (i) whether GTECH had granted Moore “permission” to use the van in a way that made him an “insured” under the policy; and (ii) whether Moore’s actions constituted an “accident” that had not been “expected or  intended” from the standpoint of someone conducting a high-speed vehicular chase with a loaded shotgun in his lap.

Because the policy had been delivered to GTECH in Rhode Island, the case was governed by Rhode Island law, and the district court construed a Rhode Island statute as creating a presumption that an employer “consents” to an employee’s use of its vehicle.  Partly for that reason, the court, following a bench trial, determined that GTECH had given Moore “permission” to follow the tow truck, and, therefore, that Moore was an “insured”  under the Policy.  The court further found that the shot that killed Thomas and wounded Thackston had been fired “accidentally,” that the event was an “accident” within the terms of the Policy, and that Moore had not “expected” to inflict the injuries he caused.

The Eleventh Circuit reversed, finding that there was no presumption of “consent” to the use of the van, and that the evidence refuted the claim that Moore had used the van with “permission.”  The court found “no evidence” of such permission, especially in the face of GTECH’s Fleet Policy, which prohibited “personal use” of company vehicles.  Moore’s supervisor also testified at trial that the employee had not received permission to use the van to chase repo men.  Even more importantly, however, the court reasoned:

[I]t is not reasonable to infer … that any grant of permission to use a vehicle for personal purposes encompasses its use to aid in the commission of serious felonies, especially where a homicide results for which the driver of the vehicle is sentenced to life imprisonment.

Accordingly, the Eleventh Circuit reversed the trial court’s decision and held that there could be no indemnity for Moore’s actions under the policy.  Having reached that result, the appellate court declined to address the questions of whether Moore’s act was an “accident,” or whether the resulting harm was expected, on the ground that those issues were moot.

Victims will continue to pursue insurers for a remedy, and will continue to advance theories that involve creative descriptions of the underlying facts. The Eleventh Circuit has just made their job harder, by accepting a common-sense proposition:  even “permission” to engage in frolic and detour is not the same as permission to use a vehicle in furtherance of a violent crime.

Leap of Bad Faith: TPAs May Be Sued for Aiding Their Own Actions