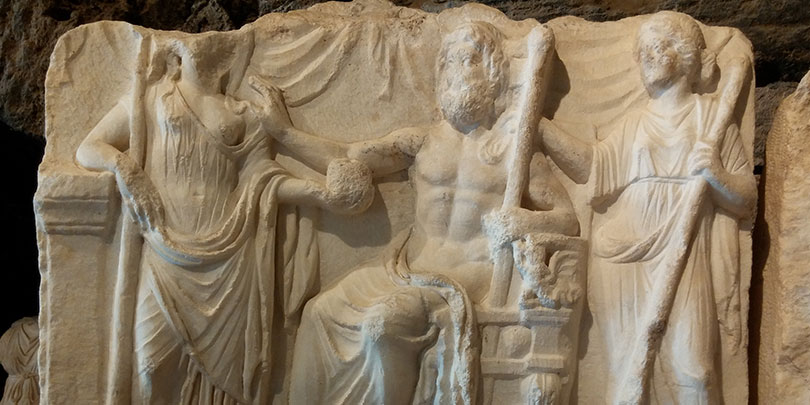 Financial institution bonds come in various forms, depending on the nature of the insured business (e.g. bank, broker, insurance company). Common forms are fidelity bonds and commercial crime policies. These policies provide first party coverage against losses caused by employee dishonesty, forgery, kidnap, ransom & extortion, computer fraud and other specified financial frauds. These policies are common, and in some cases required by law, for banks, insurers, and any entity that has access to or holds funds for others.

These policies are also proving to be fertile ground for coverage battles regarding emerging cybersecurity threats, both within and outside organizations. As we have reported, a New York Appellate Division panel held that such a policy did not cover a Medicare fraud scheme perpetrated by employees under such a policy’s “computer fraud” coverage, because the use of a computer to make false entries about medical treatments that were never provided was merely incidental to the fraud scheme. The loss was not caused by “the entry or change of electronic data.” Rather, the Court held, this type of coverage was intended to cover “hacking” type incidents, not the authorized use of a computer system by a healthcare provider to effectuate a Medicare fraud scheme.

Meanwhile, a New York federal court is struggling with whether a phishing scam perpetrated against a medical data services provider could be covered under a similar policy. An employee of Medidata Solutions, Inc. wired funds based on instructions in a fraudulent email that purported to be from the employee’s supervisor, causing an unrecoverable loss of some $4.8 million. Medidata’s insurer declined coverage, and Medidata sued in New York’s Southern District Court. That Court recently denied both the policyholder’s and insurer’s cross-motions for summary judgment, on the basis that it needed additional information. It ordered:

Both motions for summary judgment are denied without prejudice due to an insufficient record. Parties are granted leave to conduct limited expert discovery. This discovery should be limited to establishing the method in which the perpetrator sent its emails to plaintiff and discussing what changes, if any, were made to plaintiff’s computer systems when the emails were received.

The same issue is now also teed up before the U.S. Court of Appeals for the Fifth Circuit. There, an insurer appealed a decision whereby a Texas federal court found coverage for a similar phishing scam — where an employee was duped by an email into altering wire transfer instructions that resulted in a fraudulent transfer of funds. See Apache Corp. v. Great American Ins. Co., No. 4:14-CV-237 (S.D. Tex. Aug. 7, 2015). The appeal has been briefed and will likely be argued soon.

Now, the Eighth Circuit Court of Appeals has weighed in a case that involves a somewhat more sophisticated hacking scheme that allowed funds to be fraudulently transferred by wire from a bank in Minnesota to a bank in Poland, most of which was unrecoverable, resulting in a $485,000 loss.

In State Bank of Bellingham v. BancInsure, Inc., No. 14-3432 (8th Cir. May 20, 2016), the Eighth Circuit affirmed a district court decision in favor of the plaintiff bank in a coverage dispute with its insurer over whether the loss was covered under its financial institution bond.

The Court recited the following factual record about the manner in which the fraud was perpetrated: Wire transfers were made through a desktop computer at the bank connected to a Virtual Private Network device provided by the Federal Reserve, called FedLine. In order to complete a wire transfer via FedLine, two bank employees had to enter their individual user names, insert individual physical tokens into the computer, and type in individual passwords and passphrases.

A bank employee completed a FedLine transaction using her token, password, and passphrase as well as the token, password, and passphrase of a second employee. At the end of the work day, she left the two tokens in the computer and left the computer running. When she arrived at work the next day, she discovered that two unauthorized wire transfers had been made to two different banks in Poland. One of the transfers was ultimately unrecoverable, resulting in the loss.

After an investigation, it was determined that a “Zeus Trojan horse” virus had infected the employee’s computer, permitting access to the computer for the fraudulent transfers.

The bank sought coverage under its financial institution bond, and the insurer declined, based on certain exclusions in the policy, which it claimed governed whether the excluded causes were direct or indirect.

Computer System operated by the Insured. . . provided the entry or change causes

In this Insuring Agreement (H), fraudulent entry or change shall include such entry or change made by an employee of the Insured acting in good faith (1) on an instruction from a software contractor who has a written agreement with the Insured to design, implement or service programs for a Computer System covered by this Insuring Agreement (H), or (2) on an instruction transmitted by Tested telex or similar means of Tested communication identified in the application for this Bond purportedly sent by a customer, financial institution, or automated clearing house.

The Policy contained a number of exclusions that BancInsure relied on in declining coverage as well, including “(4) loss resulting directly or indirectly from theft of confidential information, … [or] (12) loss resulting directly or indirectly from (a) mechanical failure, faulty construction, error in design, latent defect, fire, wear or tear, gradual deterioration, electrical disturbance or electrical surge which affects a Computer System, (b) failure or breakdown of electronic data processing media, or (c) error or omission in programming or processing.”

The district court granted summary judgment to the bank on the coverage issue, utilizing an efficient proximate cause analysis to determine that “the computer systems fraud was the efficient and proximate cause of [the] loss,” regardless if other non-covered causes contributed. It awarded the bank $620,000, which included pre-judgment interest.

On appeal, BancInsure challenged the application of concurrent-causation doctrine, which it argued does not apply to financial institution bonds, and, even if it did apply, the parties contracted around the doctrine in the language of the applicable exclusions. BancInsure also challenged the determination that the fraudulent conduct of hacking into the computer system was the efficient and proximate cause of the loss, rather than employee negligence, or other excluded causes.

The Eighth Circuit affirmed. First, it noted that financial institution bonds have consistently been treated as insurance under Minnesota law, and policyholders are entitled to all the common law presumptions in favor of insureds in coverage disputes. The Court cited Minnesota’s general rule on concurrent causation: “[a]n insured is entitled to recover from an insurer when cause of the loss is not excluded under the policy. This is true even though an excluded cause may also have contributed to the loss.”

The Court rejected BancInsure’s argument that this imposes a higher standard-of-proof on the insurer to establish that a loss was caused by an excluded cause, and essentially would write the exclusions out of the policy in many situations. It noted that the bank still had the burden to demonstrate coverage in the first instance by showing that its loss was directly caused by the covered peril, in this case the fraudulent wire transfer.

Here, the Court held, simply using the term “indirectly” in some exclusions is not a sufficient invocation of the “anti-concurrent causation” provision, and thus the doctrine applied. The Court held that the malware attack and fraudulent transfer was the efficient proximate cause of the loss, despite possible concurrent causes that may or may not have been excluded.

It will be interesting to see what the Fifth Circuit Court of Appeals will do in the Apache case, and what the Southern District of New York will do in the Medidata case. Those cases are most similar to each other, but both are dissimilar in important ways to both Universal American Corp, where the New York Appellate Division found no coverage for a Medicare fraud scheme effected by employees through the use of a computer system, and Bellingham Bank, where the Eighth Circuit found coverage for a transfer effected through a malware attack by unknown users directly manipulating the insured’s computer system. In both Medidata and Apache, it is clear that the losses were caused at least in part by a fraudulent scheme that was initially carried out through transmission of an email by an anonymous bad actor. But these were phishing scams, which may or may not be considered to the type of classic “hacking” event for which the New York Appellate Division found such coverage to be intended, and which was at issue in Bellingham Bank, and they may not have involved any direct manipulation of the insured’s computer systems. Clearly, the Court’s ruling on summary judgment in the Medidata case indicates it will be looking closely at that issue. Insurers and financial institutions and others that hold these bonds should look closely at the issue as well, as an ounce of prevention can be worth a gigabyte of cure.

Image source: By Cobija (Own work) [CC0], via Wikimedia Commons

Alabama Puts The Mystery Back Into All-Risk Coverage