You are here: Home / Declaratory Judgment / Eleventh Circuit Deems Voluntary Dismissal of a Coverage Action Sufficient to Award Attorneys’ Fees to a Policyholder as the Prevailing Party 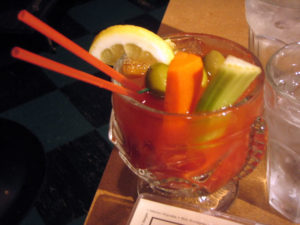 In a recent unpublished opinion, the Eleventh Circuit issued a decision that should serve as a warning to insurers to be sure to resolve all issues before dismissing a coverage action, particularly when involved in the settlement of an underlying suit.

A Tale of Two Cases

In W&J Group Enterprises, Inc. v. Houston Specialty Ins. Co., No. 16-15625 (11th Cir. Apr. 6, 2017), the insurance carrier filed a declaratory action against its policyholder in the Middle District of Florida, wherein the carrier sought a declaration that it was not obligated to cover the claim at issue and for rescission of the policy based on alleged misrepresentations. The declaratory action was filed while an underlying tort action remained pending in state court. The underlying tort action involved allegations of dram shop liability — the policyholder allegedly served alcohol to a patron around breakfast time and that patron was involved in car accident.

Thereafter, the underlying tort case was settled for $653,000. The carrier paid $650,000 toward the settlement and the policyholder paid $3,000. While the Eleventh Circuit opinion does not get into these details, the filings in the district court docket seem to suggest there may have been some confusion about whether a dismissal of the declaratory action (and agreement that each party would bear its own fees) was included in that deal. In any event, it appears that the insurance carrier went ahead and contributed $650,000 toward the tort case settlement despite not having a formal release and agreement on the fees issues for the declaratory case.

After this, the insurance carrier went ahead and dismissed the declaratory case by filing a notice of voluntary dismissal, pursuant to Fed. R. Civ. P. 41(a)(1)(A)(i). Technically, this method of dismissal was inconsistent with Rule 41, as the defendant policyholder had filed an answer. Rather than contest the form, the defendant policyholder moved for its prevailing party fees, pursuant to Fla. Stat. § 627.428. The fees amounted to approximately $90,000.

By entering into the settlement agreement—thereby agreeing to pay $650,000—[the insurer] ‘declined to defend its position’ in the declaratory-judgment action. … That the Insureds also contributed $3000 toward the settlement award—in and of itself—does not alter materially the nature of [the insurer’s] decision to abandon its position in the declaratory-judgment action. Based on that determination, the Eleventh Circuit held that trial court improperly declined to award attorney fees to the policyholder.

The Moral of the Story

The lesson here is twofold. The first point should be self-evident to insurers in Florida: if at all possible, make sure to include a provision for the resolution of attorney fees claims in a coverage dispute when making an indemnity settlement of a third-party claim. And this will almost always be possible. Second: insurers in Florida would be wise to be very cautious and conservative in evaluating whether the courts will consider a policyholder a prevailing party in a coverage dispute.

Aaron S. Weiss is a shareholder at Carlton Fields in Miami, Florida. Connect with Aaron on LinkedIn.