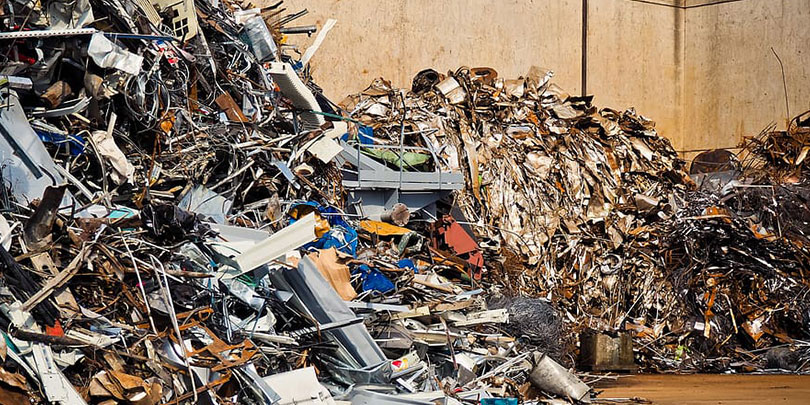 The Eleventh Circuit, in the matter of QBE Specialty Insurance Co. v. Scrap Inc., affirmed the district court’s decision to grant summary judgment in favor of QBE holding that there was no indemnity coverage for an underlying judgment where a non-allocated verdict form was used because the insured could not meet its burden of allocating between coverage and uncovered damages.

QBE Specialty Insurance Co. issued a general commercial liability (GCL) insurance policy to Scrap Inc. While the GCL policy was in effect, two families brought a nuisance claim against Scrap related to its operation of a metal shredding facility that “create[d] loud noises, offensive odors, fumes, and other emissions of undisclosed content …, frequent vibrations to these homes, and periodic explosions.”

QBE agreed to defend Scrap and provided counsel throughout the lawsuit, but under a reservation of rights due to a potential coverage issue. Due to the coverage issue, QBE notified Scrap throughout the litigation of the need for special jury instructions and special interrogatory verdict forms. QBE also sought leave to intervene on two occasions in the nuisance action for the limited purpose of requesting special jury instructions and special interrogatory verdict forms. In denying QBE’s motions, the court stated, “QBE has informed [Scrap’s trial counsel] as well as the Defendants’ private counsel that this case requires a special interrogatory verdict form. There will be adequate lawyers at the table to make sure this Court provides a proper verdict form.” On April 18, 2016, a jury found Scrap liable for nuisance damages and awarded $750,000 to the families, after which QBE filed a declaratory judgment action seeking a determination that it was not obligated to indemnify Scrap based on the use of a non-allocated verdict form.

QBE had put Scrap on notice of the need for the special jury instructions and special interrogatory forms so that the jury verdict would allocate the damages in a manner that would reflect whether there was coverage. However, no such verdict form or jury instructions were used. Accordingly, QBE sought a declaratory judgment that it was not entitled to indemnify Scrap for the underlying judgment.

Under Florida law, an insured has the burden of demonstrating that a settlement or judgment comes within a policy’s coverage, and an insured’s inability to allocate the amount of a judgment between covered and uncovered damages is generally fatal to its indemnification claim. Trovillion Constr. & Dev., Inc. v. Mid-Continent Cas. Co., No. 6:120cv-00914, 2014 WL 201678, *8 (M.D. Fla. Jan. 17, 2014) (citing Keller Indus., Inc. v. Employers Mut. Liab. Ins. Co. of Wis., 429 So. 2d 779 (Fla. 3d DCA 1983)). Notwithstanding this standard, the burden of apportioning or allocating between covered and uncovered damages in a general jury verdict may be shifted to the insurer if the insurer did not adequately make known to the insured the availability and advisability of a special verdict. See Duke v. Hoch, 468 F. 2d 973, 976–83 (5th Cir. 1972). This is because “[t]he consequence to the insureds of a nonallocated verdict is the catastrophic total loss of coverage. The risks to the insurer in requesting an allocated verdict are of no such magnitude, if of any consequence at all. A request for identification of the two types of damages reveals neither the presence of insurance nor the amount of coverage.” Id. at 979.

The Eleventh Circuit acknowledged the potential conflict of Scrap’s counsel being provided by QBE but stated that such a conflict was not present as counsel provided by QBE refused to participate in discussions concerning QBE’s intervention and the proposed special verdict form. Moreover, Scrap also had its own private counsel that was also repeatedly put on notice of the issue and QBE’s requested allocated verdict form, a point on which the district court had specifically noted and relied in denying QBE’s motion to intervene. When addressing the potential conflict issue, the Eleventh Circuit referenced Employers Insurance of Wausau v. Lavender, 506 So. 2d 1166 (Fla. 3d DCA 1987), in which the court suggested that in the event the jury awarded damages, a second verdict form should be provided to allow the damages to be allocated. The Eleventh Circuit did not, however, determine that such a procedure should be required, finding that, in this case, QBE had provided sufficient notice to Scrap and did not need to do anything further. “QBE had a duty to inform Scrap of the availability and advisability of a special verdict, lest the burden shift; QBE did so; the burden thus did not shift, but remained on Scrap, which is unable to meet it.”

This holding confirms that an insurer must be proactive in advising the insured of the availability and advisability of using an allocated special verdict form when there is the potential for an award of covered and uncovered damages. The Eleventh Circuit’s decision does not explicitly state that an insurer must move to intervene, although it noted that the insurer in this case did attempt to do so twice.