You are here: Home / Automobile / In Examinations Under Oath, Friends Must Let Friends Testify Alone 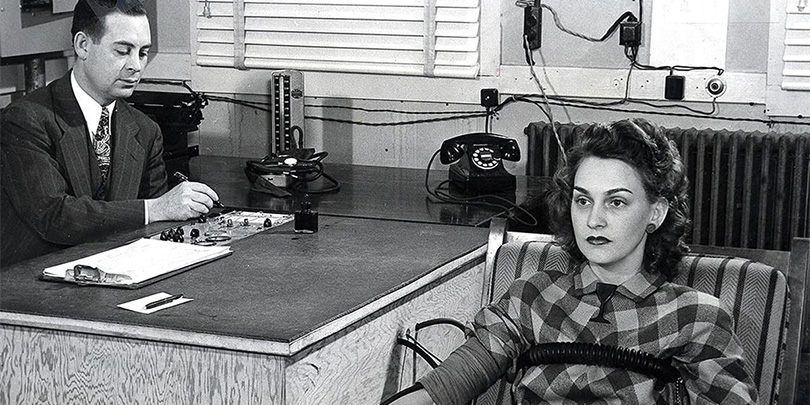 The cooperation provisions in most personal lines insurance policies require policyholders to sit for Examinations Under Oath (“EUO”) to answer questions about the validity of a claim. What if the insured refuses to attend without having his non-lawyer friend sit beside him? May the insurer insist on examining the insured without the friend in the room? That was the question in Foremost Insurance Company v. Freeman, 2016 WL 380126 (S.D. Miss. Jan. 29, 2016).

Wayne Freeman had worked as a mechanic for Charles Pendleton for over a decade. In 2013, Pendleton sold his employee a classic muscle car—a ’71 Chevelle, no less—under terms that allowed him to keep a lien on the vehicle. Freeman, meanwhile, purchased a $75,000 automobile policy from Foremost Insurance Company.

In March 2014, Freeman used Pendleton’s tow dolly to move the Chevelle, but, while on the road, the vehicle came off the dolly and hit a tree. Pendleton helped Freeman re-secure the car, but, a mile later, it detached again, collided with a truck, and was completely destroyed.

No Witness Left Behind

Freeman filed a claim with his insurer. In the course of investigating the claim, Foremost attempted to schedule Freeman’s EUO, but Freeman advised his insurer he would refuse to testify, unless Pendleton was present for the examination. Foremost demurred. It cancelled the EUO and filed an action for a declaration that it has no duty to pay the claim, because Freeman’s refusal to testify on his own had violated the cooperation provisions of his policy. Freeman counterclaimed for breach of contract, seeking $75,000 in compensatory damages and $2 million in punitive damages. Foremost moved for summary judgment.

Freeman asserted that he needed Pendleton at the examination, because he is “illiterate” and “unfamiliar with the EUO process.” The Court, however, ruled that Freeman had failed to distinguish himself from other Mississippi policyholders:

The evidence … shows that Freeman can read and write, even if he is not highly educated. And there were other persons, like attorneys … from whom Freeman could have sought assistance to understand or attend the EUO.

The fact that Pendleton was not necessary to the EUO, however, did not resolve the question of whether it had been reasonable for the insurer to insist on excluding him from Freeman’s examination.

When Two’s A Crowd

The Court found it was, for several reasons.

It was perfectly reasonable for Foremost to seek to interview one witness without the other’s input or reaction. Witnesses often see accidents from different perspectives and remember different things, so it is logical for a fact-finder to try and secure everyone’s independent version … .

In fact, in a deposition in Foremost’s declaratory judgment action, Freeman had testified that Pendleton knew “different things I didn’t know.”

Second, Foremost was entitled to question Freeman regarding his finances, to determine whether he had a motive to cause the accident, without “tipping off” Pendleton about its line of inquiry or the progress of its investigation. Because of his lien on the Chevelle, after all, Pendleton would be the ultimate beneficiary of any payment on Freeman’s claim—and, possibly, a co-conspirator.

Pendleton, moreover, was no stranger to insurance litigation. In a lawsuit involving a different automobile insurance claim, another insurer had accused Pendleton of making “false statements to law enforcement” about a January 2014 accident involving his ’56 Mercedes convertible—a collision with a vehicle driven, coincidentally, by another one of Pendleton’s employees. As the court noted (citing Geders v. United States, 425 U.S. 80 (1976)), separation of witnesses reasonably “exercises a restraint on witness[‘] ‘tailoring’ their testimony to that of earlier witnesses; and it aids in detecting testimony that is less than candid.'” 425 U.S. 80, 87 (1976).

Finally, the Court noted that Pendleton had a great deal of leverage over Freeman, both as his employer—Pendleton had initially refused to allow Freeman to attend the EUO during business hours—and as lienholder.

Against this backdrop it was reasonable for Foremost to not allow its insured’s employer and lienholder to sit in on the EUO. One would not want an employer, bank, or other powerful institution to hover over sworn testimony – at least not if we are interested in the truth, the whole trust, and nothing but the truth. The risk of the powerful person or entity improperly influencing the testimony is just too great.

Freeman confirms the obligation of policyholders fully to cooperate in the investigation of a claim. Even if, as Woody Allen claims, showing up is 80 percent of life, the duty of cooperation also requires that insureds not place unreasonable conditions on their appearances. By applying that premise to an EUO, Freeman also recognizes the importance of examinations as strong tools in an insurer’s arsenal to determine the validity of a claim.

Florida Makes it Safer to Collect Subrogation Claims from Consumers