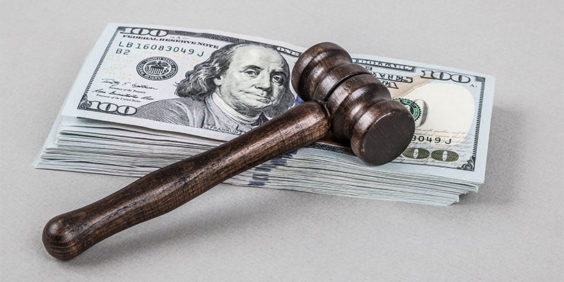 In a first-party breach of insurance contract action brought by an insured against its insurer, not involving suit under section 624.155, Florida Statutes, does Florida law allow the insured to recover extra-contractual, consequential damages?

The case involved a dispute over property insurance coverage for apartment buildings that were damaged in 2004 by Hurricane Frances. Citizens, the property insurer, had paid the insured’s initial claim but disputed later claims. The insured filed suit in 2007; however, the court stayed the proceedings and directed the parties to proceed with an appraisal. An appraisal award was ultimately entered and, in January 2010, Citizens paid an additional $5.5 million. The insured then sued Citizens for breach of contract and fraud alleging that Citizens failed to properly adjust the loss, pay all undisputed damages, honor a demand for appraisal, provide appropriate documents, and timely pay the appraisal award, thereby causing a significant loss of rental income.

The trial court entered summary judgment for Citizens, holding that the insurance policy did not provide coverage for lost rental income. Florida’s Fifth District Court of Appeal reversed the judgment that denied the insured’s claim for consequential loss of rents stating that “when an insurer breaches an insurance contract, the insured is entitled to recover more than the pecuniary loss involved in the balance of the payments due under the policy in consequential damages, provided the damages were in contemplation of the parties at the inception of the contract.” The court held that summary judgment was improper because the insured was entitled to prove that lost rental damages were within the contemplation of the parties at the inception of the policy.

Significantly, the insured’s claim might have been pursued in a bad faith action under Florida Statutes section 624.155. However, Citizens is statutorily immune from first-party bad faith claims. Thus, the insured was limited to damages for breach of the policy. In reversing the appellate court and upholding the trial court’s summary judgment, the Supreme Court held:

[E]xtra-contractual, consequential damages are not available in a first-party breach of insurance contract action because the contractual amount due to the insured is the amount owed pursuant to the express terms and conditions of the policy.

The court noted that Florida’s common law precludes extra-contractual claims for breach of a first-party policy. First-party bad faith claims for consequential damages may be pursued only under Florida Statutes section 624.155, which excludes claims against Citizens. Accordingly, absent a viable statutory bad faith claim, damages for breach of a first-party policy are limited to “the contractual amount due to the insured … pursuant to the express terms and conditions of the policy.”

The court’s decision is likely to have an impact outside of the narrow arena involving suits against Citizens. Absent reversal of the Fifth District Court of Appeal’s decision, first-party insureds would have been able to pursue consequential damage claims without following the statutory procedures that provide certain protection for insurers. It is predictable that first-party insureds whose claims are disputed by their insurer will be more aggressive in using Florida Statutes section 624.155 to try to trigger the right to obtain consequential damages. Indeed, first-party insurance claims will be limited to the policy benefits if the statutory procedures are not invoked. Moreover, third-party insureds, who are entitled to pursue both common law and statutory bad faith claims, may be more inclined to invoke the statute, which specifically authorizes recovery of damages that are a “reasonably foreseeable result of a specified violation of this section.”

Jeffrey Michael Cohen is of counsel at Carlton Fields in Miami, Florida. Connect with Jeffrey on LinkedIn.