You are here: Home / Bad Faith / Back to Basics: The Georgia Court of Appeals Distinguishes Acceptance From Counteroffer 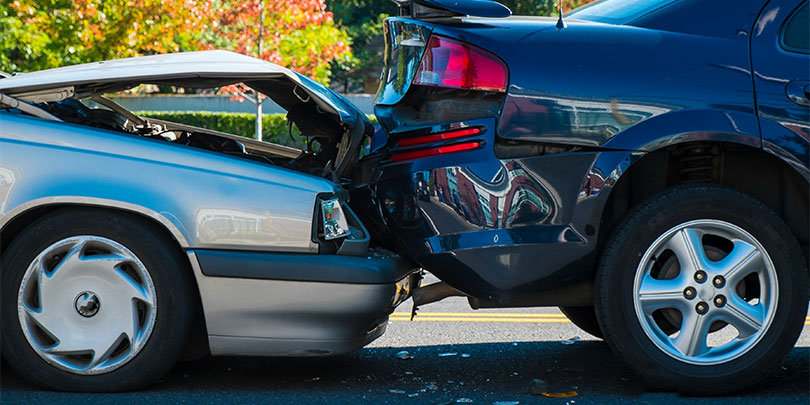 The Georgia Court of Appeals recently reiterated the fundamentals of contract law within the context of insurance settlement negotiations in Yim v. Carr. In this case, the plaintiff offered to settle within policy limits and to release liability against specific persons or entities. The defendant’s insurer agreed to the settlement in principle, but sought clarification about who would be included in the release. Ultimately, the court held that this did not constitute “acceptance” of the offer, but instead characterized the request for clarification as a rejection and counteroffer.

The underlying case involved an automobile collision in which the plaintiff sustained bodily injury that resulted in a lawsuit against the defendant driver and the driver’s parents. Before filing the lawsuit, the plaintiff sent a settlement offer to the insurer that demanded policy limits in exchange for a limited liability release as to the driver (“Settlement Offer”). The plaintiff further emphasized that only the driver would be included in the release because the plaintiff was investigating who else might be at fault. However, the named insureds on the applicable policy were the driver’s parents, while the driver was an insured by status as a permissive user.

The insurer responded in writing agreeing to the settlement offer (“Response Letter”), but also sought to clarify that the release would include the driver’s parents, given that they were the named insureds under the policy. The insurer wrote that “Georgia law establishes that a limited liability release shall ‘release the insured tort-feasor covered by the policy of the settling carrier'” (quoting O.C.G.A. § 33-24-41.1(b)(2)). The insurer also cited McKeel v. State Farm Mutual Automobile Insurance Co., 619 F. App’x 849 (11th Cir. 2015), to support its position that “a limited liability release must protect each insured in order to provide a liability insurer with an opportunity to resolve a claim against its insureds in consideration of the payment of policy limits.” The insurer reiterated that its response was “in no way intended to be either a rejection of [the plaintiff’s] demand or a counter-offer.” Finally, the insurer sent a check for the policy limits by separate cover.

The plaintiff disagreed, returned the check, and posited that the insurer had rejected the offer by attempting to include the insureds within the limited liability waiver, which was not part of the plaintiff’s offer. (The plaintiff eventually sued the named insureds as well as the driver, as more fully discussed in the decision.) The plaintiff filed suit against the driver, and the insurer moved to enforce the settlement agreement based on its purported acceptance. The trial court granted the insurer’s motion, finding that the insurer unequivocally and without condition or exception had accepted the offer. The trial court noted that the Response Letter did not constitute a counteroffer because it “only sought clarification regarding the legality and scope of the limited liability release attached to the Settlement Offer.”

The Georgia Court of Appeals reversed. It stated that there was never a meeting of the minds as to the essential terms of the Settlement Offer because the parties to the release were an essential term of the offer. The Settlement Offer was made pursuant to O.C.G.A. § 9-11-67.1, which required as a material term the “specification of the type of release that would be provided by [the plaintiff] and the party who would be released if the settlement was accepted” (emphasis added). Here, the insurer sought to change the parties who would be released from liability, so the response to the settlement offer could not be an acceptance. Instead, it was a rejection and counteroffer.

The court noted that the trial court made two errors in reasoning. First, although § 9-11-67.1 allows an offer to be accepted while the acceptor seeks further clarification on the legality and scope of the agreement, the question of which parties were subject to the limited liability release was not a matter of legality and scope. Instead, that question was an essential term that must be agreed upon before any acceptance is effective. Second, while an insurer may state that the plaintiff’s proffered release form is unacceptable and also provide an acceptable release form to the plaintiff, an acceptance cannot condition the insurer’s performance on whether the plaintiff accepts the insurer’s form. Here, even though the insurer sought to correct the release of liability offered by the plaintiff by restating the persons who should be included on the release, the restatement was actually a counteroffer.

Yim reminds insurers that, upon receiving an offer that the insurer wishes to accept, the insurer must accept all of the essential terms offered by the plaintiff or potentially face a hypertechnical court unwinding of an agreed settlement. As here, questions as to which parties are subject to a liability release may not be deemed a matter of clarification — even if the clarification seems to be a matter of legality and scope or premised on a question of law. Instead, altering the parameters of the liability release may be deemed to constitute “further negotiation over [an] essential term,” rendering the response to a settlement offer not an acceptance, but a rejection and counteroffer.

This case reminds us that the fundamentals of contract law — which governs insurance agreements — will have dramatic impacts on coverage litigation. As discussed on this blog’s March 15, 2019 post, there can be no bad faith litigation where there was no offer for an insurer to reject. On the flip side here, where an insurer receives an offer to settle within policy limits and responds by accepting with a caveat, this case stands as a stark reminder that a court may interpret such a conditional acceptance to be a rejection and counteroffer if that caveat touches an essential term of the initial offer. This exposes insurers to greater risks for claims premised on bad faith failure to settle in response to what an insurer believed was a good-faith attempt to merely clarify upon acceptance.