You are here: Home / Exclusions/Exceptions / In Indiana, an Absolute Pollution Exclusion May Exclude Absolutely Nothing 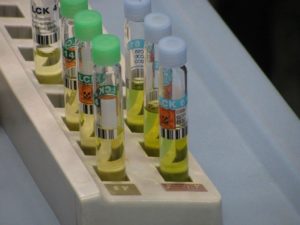 A recent article in the Sports section of The Miami Herald read “Shooting coach helps Winslow.” Perhaps, but it probably didn’t help the coach much. The admonition to “eat every carrot and pea on your plate” undoubtedly elicits laughs from the children to whom it is directed. The point is, some things are unambiguously ambiguous. Others are not.

Apply those principles to the following exclusion: “This policy does not cover claims directly or indirectly occasioned by, happening through or in consequence of pollution or contamination of any kind whatsoever.” Pretty straightforward, right? Well, unless you happen to be in front of an Indiana court.

It is well-established that insurance policies are interpreted based on their plain language, and where a term is not defined, that term will be given its plain and ordinary meaning. This rule is not, however, followed by Indiana courts were pollution exclusions are concerned. In Old Republic Insurance Company v. Gary/Chicago International Airport Authority, case no. 2:15-CV-281-JD (N.D. Indiana July 25, 2016), the District Court followed Indiana precedent and denied the insurer’s motion for summary judgment seeking a ruling that it was not responsible for the defense and indemnity of the insured in an action by the Indiana Department of Environmental Management (“IDEM”) in connection with pollution notwithstanding the policies’ exclusions for “claims directly or indirectly occasioned by, happening through or in consequence of pollution and contamination of any kind whatsoever.”

But Sometimes Saying What You Mean Is Not Specific Enough

Interpretation of an insurance policy presents a question of law that is particularly suitable for summary judgment. It is well settled that where there is ambiguity, insurance policies are to be construed strictly against the insurer and the policy language is viewed from the standpoint of the insured. This is especially true where the language in question purports to exclude coverage. Insurers are free to limit the coverage of their policies, but such limitations must be clearly expressed to be enforceable. Where provisions limiting coverage are not clearly and plainly expressed, the policy will be construed most favorably to the insured, to further the policy’s basic purpose of indemnity. Where ambiguity exists not because of extrinsic facts but by reason of the language used, the ambiguous terms will be construed in favor of the insured for purposes of summary judgment.

(quoting State Auto. Mut. Ins. Co. v. Flexdar, Inc., 964 N.E.2d 845, 848 (Ind. 2012) (internal citations and quotations omitted)). Relying on these contract principles, Indiana courts have “consistently held that ‘the insurer can (and should) specify what falls within its pollution exclusion.'” In the absence of such specificity, Indiana courts find pollution exclusions – even absolute exclusions which intend to exclude any kind of pollution – ambiguous and rule in favor of coverage.

The District Court noted that Indiana’s approach is unique and acknowledged that other jurisdictions’ approaches might support Old Republic’s position that there should not be coverage for the Airport Authority’s claim:

Unlike Indiana, in analyzing whether a policy excludes coverage for losses resulting from “pollutants,” some jurisdictions employ a “literal” view of the absolute pollution exclusion and deem it unambiguous where a substance is acting in any manner as an “irritant or contaminant,” while other jurisdictions employ a more “situational” approach and uphold the absolute pollution exclusion only in cases where the facts reveal “traditional environmental contamination.”

The court further noted, however, that the Supreme Court of Indiana “reasons that its approach ‘avoid[s] both the sometimes untenable results [of eliminating practically all coverage] produced by the literal approach and the constant judicial substance-by-substance analysis necessitated by the situational approach” (quoting Flexdar, 964 N.E.2d at 850).

Old Republic’s pollution exclusion does not explicitly indicate what constitutes “pollution” or “contamination” so that an ordinary policyholder of average intelligence would know to a certainty that Old Republic would not be responsible for damages arising out of the oily sheen, benzo(a)pyrene, arsenic, and PCBs discovered at the Airport. See Flexdar Inc, 964 N.E.2d at 851-52. In fact, Old Republic’s pollution exclusion is even broader than the pollution exclusion clauses repeatedly rejected by the Indiana courts, and not one of the fifty-two different pollutants/contaminants that the Airport is required [by the IDEM] to test for are identified as being excluded from coverage. As noted in Flexdar, Inc., whether any of the substances found at the Airport would “ordinarily be characterized as pollution” is beside the point. 964 N.E.2d at 851 (emphasis in original). The question is whether the language of the policy is sufficiently unambiguous to identify the presence of the substances as pollution.

Because the District Court determined that the Indiana Supreme Court would likely hold that Old Republic’s failure to specify which pollutions and contamination are excluded renders its exclusion ambiguous, it construed the policy in favor of coverage.

This holding, while supported by Indiana precedent, is troubling for an insurer who wants to exclude any kind of pollution or contamination. In Indiana, and any jurisdiction that might follow this approach, there is essentially no such thing as an absolute pollution exclusion. The insurer must define what it specifically means by pollution or contamination and run the risk that its exclusion will not be interpreted as broadly as intended.

The potential implications of this holding are well-illustrated by this case. The IDEM required the Airport Authority to investigate the presence of fifty-two different pollutants and/or contaminants. Even though they are recognized by the Department of Environmental Management as pollutants and/or contaminants, Old Republic would have been required to specifically identify all of them in order to exclude coverage. If only some of them were specifically excluded, there could be a coverage issue with respect to the scope of damage associated with those which were not excluded. It is easy to see why insurers prefer an absolute pollution exclusion. Indiana, however, apparently interprets breadth as ambiguity and precludes an insurer from relying on an absolute exclusion.

“Pollution and contamination of any kind whatsoever” would seem to be a sufficiently unambiguous phrase to identify the presence of the substances at the Airport as pollution. That is, it appears to be clear and unambiguous and not susceptible to more than one meaning. And in most states courts would agree. Just not Indiana.