You are here: Home / Construction/Builder's Risk / Look Beneath the Surface: No Coverage for DC Row House Collapse Under Builder’s Risk Policy 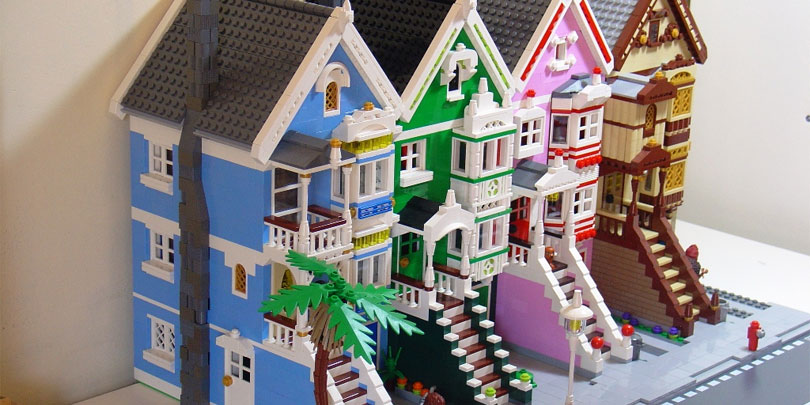 The interpretation of a property insurance policy may seem like a dull endeavor, but courts sometimes face fundamental questions about what words mean, or how we conceptualize cause and effect. In Taja Investments LLC v. Peerless Ins. Co., No. 16-1854 (4th Cir. Oct. 11, 2017), the Fourth Circuit Court of Appeals confronted both issues to determine that two exclusions in a builder’s risk policy applied to bar coverage for the collapse of a row house under renovation in Washington, DC.

The plaintiff, Taja Construction, LLC, is a real estate development company. In order to increase the attractiveness of one of its investments, a row house several blocks north from the U.S. Capitol Building, Taja wanted to convert a four-foot crawl space into a basement living area. To do so, they needed to excavate the basement. Despite numerous warnings that the excavation needed to be done in sections with concrete underpinning to reinforce each section, Taja’s owner directed that the work be done without intermittent underpinning. Hours after the excavation was complete, the east wall of the row house collapsed.

Taja sought coverage for the collapse under a builder’s risk policy issued by Peerless Insurance Company. The policy covered “all risks” except those expressly excluded by the policy’s terms. After obtaining an engineer’s report regarding the cause of the collapse, Peerless denied the claim based on two policy exclusions. First, Peerless cited the policy’s exclusion for losses resulting from defects in workmanship and construction. Second, in the alternative, Peerless relied on the policy’s earth movement exclusion, which excluded coverage for losses caused by “movement or vibration of the earth’s surface.”

The district court held that both exclusions applied to bar coverage, and the Fourth Circuit affirmed on both arguments.

The workmanship exclusion stated that Peerless would “not pay for loss caused by an act, defect, error, or omission (negligent or not) relating to … construction, workmanship … [or] renovation.” The evidence was undisputed that Taja’s failure to underpin the property while excavating caused the collapse.

However, Taja argued that the policy’s “ensuing loss” clause restored coverage. The ensuing loss clause stated that while Peerless would not pay for loss or damage caused by a workmanship defect, “if loss by a covered peril results,” then Peerless would pay for “the resulting loss.” According to Taja, that meant that it had coverage, because the “collapse” was an ensuing loss following the defective workmanship.

The Fourth Circuit disagreed, finding that Taja’s argument was an “effort to ‘separate cause and effect’” that would eviscerate the exclusion. The court found that in order for the ensuing loss provision to apply, there must be

significant attenuation between the direct result of a workmanship defect and the ultimate loss for which coverage is sought, usually due to an independent or fortuitous intervening cause. In other words, an ensuing loss provision ‘excludes from coverage the normal results of defective construction, and applies only to distinct, separable, and ensuing losses.’

The earth movement exclusion provided that there was no coverage for damages caused by “any movement or vibration of the earth’s surface.” Again, the parties did not dispute that Taja’s losses occurred when the row house collapsed into the improperly-excavated basement.

In an attempt to avoid application of the exclusion, Taja argued that the movement in question actually occurred below the earth’s surface, at the basement level of the row house.

This ruling shows that courts will not hesitate to uphold exclusions using clear and straightforward language, even in the face of novel arguments by a policyholder. In addition, it also demonstrates the value of developing all of the facts regarding what a policyholder knew about the situation leading up to a loss. In this case, the court’s recitation of the facts describes the numerous warnings the policyholder received, and ignored, regarding the necessity of underpinning the basement to avoid the very peril that occurred. Although the court’s legal analysis is based solely on the plain language of the policy, the court’s decision was undoubtedly informed by a full understanding of the policyholder’s questionable judgment.

See Something, Say Something – Especially on Your Application for Insurance Coverage