You are here: Home / ACV/Replacement Cost / Louisiana’s Direct Action Statute Does Not Modify Terms of Coverage 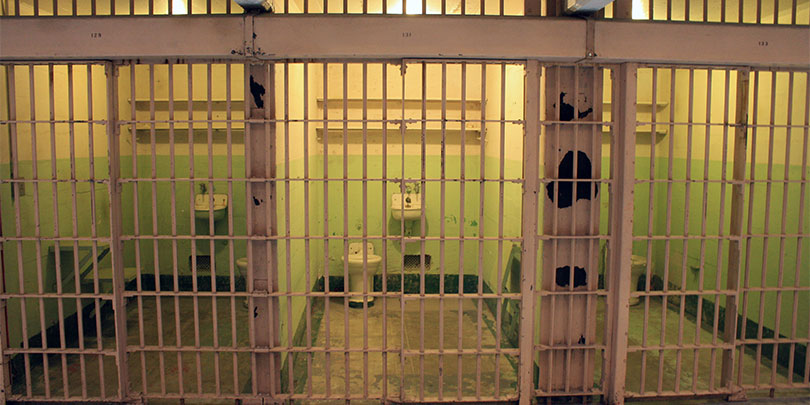 “Direct action” statutes permit an injured plaintiff to sue an insurer for coverage under someone else’s policy—the liability insurance policy of the tortfeasor who caused the injury.  They have been enacted in only a minority of states, because they abrogate the common law, which bars suits by plaintiffs who are not in privity with the insurer.  Louisiana’s statute, which dates from 1918, was one of the earliest.  It expresses the long-held policy of the Bayou State that “an insurance policy against liability is not issued primarily for the protection of the insured but for the protection of the public.”  Davies v. Consolidated Underwriters, 6 So.2d 351 (La. 1942).

That principle is tested in cases where the insured tortfeasor violates his policy in a way that jeopardizes coverage.  Should a third party, who has already been injured by the tortfeasor, suffer further harm, because the tortfeasor committed another wrongful act—a violation of the terms of his own insurance policy?  Can that result be justified where the plaintiff has no control over the insured, or has no knowledge of the conduct in question?  In West v. Monroe Bakery, 46 So.2d 122 (La. 1950), the Supreme Court of Louisiana said “no”:  it held that an insured’s unjustified delay in giving its insurer notice of a claim does not impair an injured plaintiffs’ right to seek relief for an accident that would otherwise be covered.

The question is a little thornier, however, when the coverage is provided under a “claims-made-and-reported” policy—one that provides coverage only for claims that are both made and reported during a prescribed term.  Recently, in Gorman v. City of Opelousas, No. 2013-C-1734 (La. July 1, 2014), Louisiana’s high court (with two justices dissenting) reversed an appellate court decision for an injured plaintiff, and held that the direct action statute could not be used to effect “a modification of the bargained-for exchange between the insurer and the insured.”  A contrary finding, the court held, would unjustly “punish the insurer for the inactions of its insured.”

Joyce Gorman’s son died in a jail operated by the city of Opelousas, after allegedly being beaten by two other inmates.  Mrs. Gorman sued the city on September 27, 2010.  The city initially failed to respond to discovery requests seeking the name of its insurer, but it provided the information after the court granted a motion to compel, and Mrs. Gorman named the insurer as an additional defendant under the direct action statute in September 2011.  Until that time, the city had not notified its insurer of Mrs. Gorman’s claim.

The policy in question, a law enforcement liability policy, was a claims-made-and-reported policy.  Under a traditional “occurrence” policy, the insurer agrees to indemnify the insured for claims based on “occurrences,” such as automobile accidents, that take place while the policy is in effect—even if the claim itself is not asserted until later.   The city’s policy, on the other hand, expressly provided that “coverage is limited … to claims first made against you and reported in writing … while the coverage is in force.”  The Supreme Court’s opinion acknowledged that, under a claims-made-and-reported policy, “the risk of a claim incurred but not made, as well as a claim made but not reported, is shifted to the insured.”  In this way, the policy provides “a certain date after which an insurer knows it is no longer liable under the policy.”

The term for the policy in Gorman ran from April 2010 through April 2011; it expired two months before Mrs. Gorman’s motion to compel discovery was granted, and five months before she amended her complaint.  On that basis, the trial court found that Mrs. Gorman’s claim was not covered, and it granted summary judgment to the insurer.

The Court of Appeal reversed, reasoning that Louisiana’s direct action statute confers a right of action on injured plaintiffs, and that this right may not be impaired by the conduct of insured parties whom the plaintiffs do not control.  Quoting earlier appellate cases involving similar policies, the court stated: “[T]he direct action statute … gave the injured party a vested right (which vests at the time the tort is committed) that ‘could not be taken away because of the insured’s failure to notify the insurer – a condition over which plaintiff had no control.’” Gorman v. City of Opelousas, 2013 WL 1831075 (La.App. 3 Cir. May 1, 2013).

The court’s ruling raised the disturbing possibility that rights conferred by a direct action statute might include privileges that would not be available to the actual insured.  The risk is not just hypothetical.  In Bank of Saipan v. Superior Court, 2001 WL 34876570 (N. Mariana Islands April 21, 2001), for example, the Supreme Court of the Northern Mariana Islands (yes, it’s a U.S. territory; look it up) held that a risk retention group could not enforce an arbitration clause in its professional liability policy against an injured plaintiff, because the territory’s direct action statute created “a right of direct action … within the terms and limits of the policy … whether or not the policy contains a provision forbidding direct action.”  The court found that the arbitration clause was a “provision forbidding direct action,” rather than one of the “limits of the policy.”  In Gorman, the plaintiff argued that the reporting requirement of the city’s policy (at least under the facts of the case) contravened a similar statutory prohibition against policy terms “limiting [the] right of action against the insurer … to a period of less than one year from the time when the cause of action accrues.”  La. R.S. 22:868(B).

Direct Action is a Procedural Right

The Louisiana Supreme Court reversed the ruling of the Court of Appeal and reinstated summary judgment in the insurer’s favor.  It held that the direct action statute “grants a procedural right of action … where the plaintiff has a substantive cause of action against the insured.”  In a claims-made-and-reported policy, the court explained, the reporting requirement is substantive; it provides “the scope of coverage bargained for by [the insured].”  Enforcing the requirement therefore limits only the “scope of coverage”; it does not “limit plaintiff’s [procedural] right to bring his suit.”

“Mend the Hold”: A Nineteenth-Century Wrestling Doctrine Keeps its Grip on Coverage Litigation in the WWE Era

Nicholas Horan is a 2014 summer intern of Carlton Fields and student at the University of Connecticut School of Law.