You are here: Home / Professional Liability / Massachusetts High Court Upholds Consent-to-Settle Provision, Protecting Insurer Who Did Not Have the “Final Say” 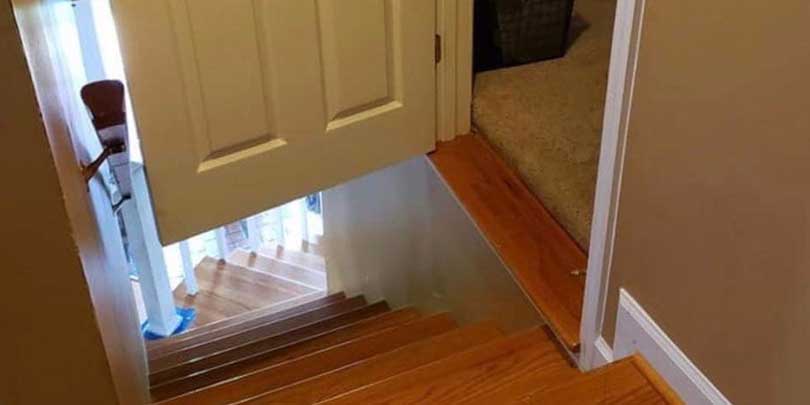 The Supreme Judicial Court of Massachusetts recently heard an appeal regarding a particularly obstinate insured, ruling that recognition of a consent-to-settle provision does not in and of itself violate an insurer’s duties under Massachusetts’ claim settlement practices statute. Specifically, in Rawan v. Continental Casualty Co., the court held that Continental was not in violation of Massachusetts General Laws chapter 176D, section 3(9)(f), which mandates that an insurer’s “fail[ure] to effectuate prompt, fair and equitable settlements of claims in which liability has become reasonably clear” constitutes an impermissibly unfair claim settlement practice. In its holding, the court noted that, nevertheless, a consent-to-settle clause is in no way “a carte blanche for an insurer to engage in unfair or deceptive conduct with a third-party claimant merely because the insured declines to reach a settlement” and that insurers still owe a duty to conduct reasonable investigations and to engage in good faith settlement attempts.

Continental had issued a professional liability policy to its insured, an engineer, and the policy contained a consent-to-settle clause. The Rawan family later sued the engineer over a multitude of design errors existing within their residential home — several of which were blatant violations of state building code — and then ultimately sued Continental for its failure to effectuate a settlement.

In the litigation against the engineer, the Rawans sued for professional negligence, negligent supervision, and breach of contract, among other allegations. The plaintiffs’ claims relied upon the professional opinion of a structural engineer who verified “serious computational errors,” which “illustrate[d] a complete lack of understanding of structural design.” In November 2011, the insured contacted Continental for assistance with the lawsuit that had been filed against him. The Continental claims representative opened the case as a “pre-claim assistance file” since the insured did not wish to invoke his coverage at the time and chose to represent himself on a pro se basis. By January 2012, Continental had retained a law firm to represent the insured. Retained counsel informally advised the insured until August 2012 when coverage under the policy was invoked.

By June 2012, it had become apparent to the Continental claims representative that “the case may be six figures” and that mediation should be pursued. Retained counsel responded by asserting that there would be “zero chance” at settling the case for less than $100,000. At this point, Continental had engaged the services of an engineer consultant who found “the same serious design errors” as those identified by the plaintiffs’ expert, but Continental refused to provide that consultant’s report to the plaintiffs. In fall 2012, the plaintiffs filed a motion to compel the deposition of Continental’s consultant, which was granted by the court.

The plaintiffs thereafter issued a demand letter to Continental, seeking $272,890 and arguing that Continental had violated Massachusetts General Laws chapter 176D, section 3(9)(f). At the same time, the plaintiffs moved to amend their complaint to add Continental as a defendant, alleging bad faith settlement practices. The court allowed this motion to amend but stayed proceedings against the insurer until the case against the insured engineer had concluded.

About nine months later, after another deposition confirmed error by the insured, counsel for the engineer suggested extending the $100,000 settlement offer again. The insured agreed and the offer was made in December 2013. The plaintiffs rejected the offer and did not reduce the prior $1.3 million demand. The engineer was warned on multiple occasions of the possibility of an excess verdict given the policy limits. At one point, counsel for the engineer recommended the pursuit of settlement “in the strongest terms,” yet the insured would not authorize contact with plaintiffs’ counsel for negotiation until the very eve of trial, when he instructed his counsel to make an offer of $35,000. The plaintiffs countered with a demand of $900,000, and the engineer then told his attorneys to proceed to trial.

At trial, the jury found the engineer negligent and awarded the plaintiffs more than $400,000 in damages. Continental tendered a check in the amount of approximately $140,000, which was the amount remaining on the policy after deduction of legal fees incurred in the engineer’s defense. The engineer then paid the plaintiffs in full, satisfying both the judgment entered against him and the award of attorneys’ fees.

Notably, the court held that the Massachusetts statute “has not been interpreted to require the effectuation of settlements as opposed to good faith efforts to effectuate settlement.” Further, to the extent the insurer has a duty to make efforts toward the effectuation of settlement, “that duty is still subject to the insurer’s contractual and statutory duty to its insured.” The court also pointed out that, in cases against an arguably unreasonable insured, the claimant “is in no worse a position than he or she would have been if the professional had not purchased insurance.” Indeed, “[s]uch insureds, arguably, are the type who would not buy insurance in the first place if they could not control the decision to settle.” As a result, the court deemed that it would be inappropriate “to impute the insured’s refusal to settle … to Continental.”

In concluding that the consent-to-settle provision was indeed valid under Massachusetts law, the court nonetheless clarified that such a clause does not exonerate an insurer from its duties under the law. Settlement negotiations still must be conducted in good faith “regardless of whether or not the insured eventually will consent.” The determination of an insurer’s compliance with its duty “is a factual one to be measured in terms of the insurer’s good faith efforts and transparency toward both its insured and a third-party claimant.” These efforts include investigation of the facts, attempts to value the claim and to convince the insured to settle, and the absence of inappropriate conduct toward the claimant. Here, Continental had made a thorough investigation and had encouraged settlement. Further, per the court’s determination, none of Continental’s actions proximately caused any harm to the plaintiffs.

The Massachusetts court’s decision recognizing the validity of a consent-to-settle provision is a positive one. Professionals seeking to defend their work and reputations at trial are given the option to do so as they deem fit; however, if it turns out that recommended settlement would have been the preferred outcome, diligent insurers remain protected under this court’s ruling.