You are here: Home / Arbitration / McCarran-Ferguson Lands a Jab on the FAA 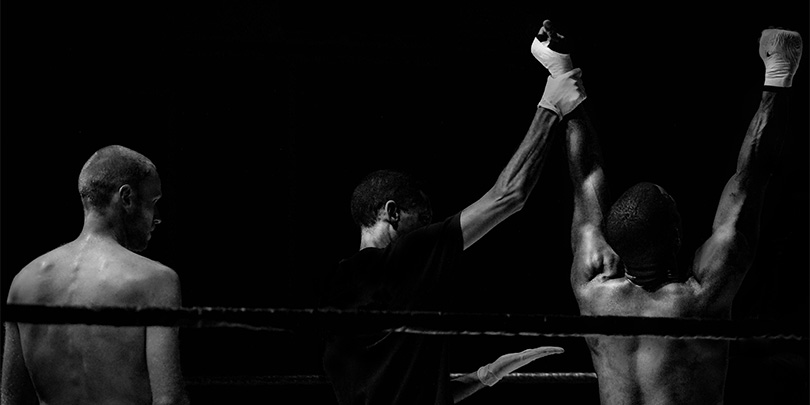 As we reported in this space late last year, the U.S. Supreme Court’s decision in AT&T Mobility LLC v. Concepcion, 131 S.Ct. 1740, 1745 (2011), tilted the scales toward federal power in the field of arbitration, preempting state laws that may stand in the way of enforcing arbitration agreements pursuant to the Federal Arbitration Act ( “FAA”). Naturally, this left the McCarran-Ferguson Act spoiling for a fight, given its restoration to the states of all power to regulate insurance.

As we reported, the two came to blows in the Seventh Circuit Court of Appeals last year, where the issue was whether or not an Illinois state law that allowed certain penalties against insurers for making incorrect coverage determinations was preempted by the FAA. Ultimately Judge Posner awarded the FAA a TKO, and compelled the parties to arbitrate.

But McCarran Ferguson is back, and ready to don the gloves again in the Ninth Circuit Court of Appeals. As reported in our sister publication , an Oregon federal court recently decided a coverage dispute between the holder of a CGL policy, Technical Security Integration, Inc., and its carrier, Philadelphia Indemnity Ins. Co.. The dispute entailed Technical Security’s request for defense and indemnity of counterclaims asserted against it in an employment-related action it brought against a former employee. In Technical Security Integration, Inc. v. Philadelphia Indemnity Ins. Co., No. 3:14-cv-01895-SB (D. Ore. May 27, 2015) (Magistrate’s report and recommendation), and (July 30, 2015) (adopting Magistrate’s report), the Court denied a motion to compel arbitration by the defendant insurer, relying on a mandatory arbitration rider that was endorsed to the CGL policy at issue.

The test, according to the Supreme Court, as to whether the McCarran-Ferguson Act “saves” certain state laws that “regulate insurance” is as follows:

The Oregon Court analyzed the issue under the Dedeaux test, to determine whether the state’s prohibition on arbitration provisions in insurance contracts was a state law regulating the business of insurance, and therefore subject to McCarran-Ferguson saving. The court looked to Washington Supreme Court precedent on the issue, and in particular, State Dep ‘t of Transp. v. James River Ins. Co., 176 Wash. 2d 390, 292 P.3d 118 (2013), which analyzed the same issue post-Concepcion:

The Washington Supreme Court construed Revised Code of Washington (“RCW”) § 48.18.200(1)(b), which prohibits insurance contracts from “depriving the courts of this state of the jurisdiction of action against the insurer,” and held that it prohibits binding arbitration agreements in insurance contracts. Id. at 400. As a result, the James River court had to address whether RCW § 48.18.200(1)(b) reverse preempted the FAA, under the McCarran-Ferguson Act: Generally, when a state enacts a statute of general applicability prohibiting arbitration agreements, the statute may be inconsistent with the FAA, and if so, the FAA arguably preempts that state law. However, there is an exception to this general rule when the state statute was enacted ‘for the purpose of regulating the business of insurance’ within the meaning of the McCarran-Ferguson Act. …

As the Oregon Court noted, the Washington Supreme Court in James River concluded that RCW § 48.18.200(1)(b) “regulates the ‘business of insurance’ because it is aimed at protecting the performance of an insurance contract by ensuring the right of the policyholder to bring an action in state court to enforce the contract.” Id.

The Oregon Court further analyzed the issue under a ‘refined’ test promulgated by the Eleventh Circuit Court of Appeals, post-Dedeaux. Discussing McKnight v. Chi. Title Ins. Co., Inc., 358 F.3d 854 (11th Cir. 2004), the Oregon Court pointed out the Eleventh Circuit’s analysis of whether a similar Georgia statute that prohibited arbitration agreements in insurance policies regulated the business of insurance, holding it did, because the Georgia statute: “(1) affected the relationship between the insurer and insured; (2) affected the transferring or spreading of a policyholder’s risk by introducing the possibility of jury verdicts into the process for resolving disputed claims; (3) regulated an integral part of the insurer-insured relationship by invalidating an otherwise mandatory insurance contract term that allows either party to compel arbitration of policy disputes, thereby subjecting all policy disputes to the possibility of a jury trial; and (4) was expressly limited by the Georgia Legislature to entities within the insurance industry.” Id. (citing McKnight).

Finding that, under James River and McKnight, the Washington statute regulated the business of insurance, the Oregon Court held that it was saved from preemption under the FAA by the McCarran Ferguson Act. The defendant insurer filed a notice of appeal in late August, and the matter will now be taken up by the Ninth Circuit Court of Appeals (the very court that the Supreme Court reversed in Concepcion).

One takeaway for insurers that prefer arbitration is to ensure they include a choice of law provision favoring a state that does not have an anti-arbitration statute. The Oregon Court in Technical Security specifically noted the lack of such a provision in analyzing the question of which state’s law applied. Had the arbitration endorsement specified Oregon law applied, the case may well have been in arbitration at this point. Nevertheless, the Ninth Circuit has some hard issues to look at, with strong competing interests. The FAA certainly packs a punch, but history has shown the McCarran-Ferguson Act has a great chin, and isn’t afraid to hit back.