You are here: Home / Regulatory / Minnesota Discovers Limits To Its Regulator’s Power Over Insurers 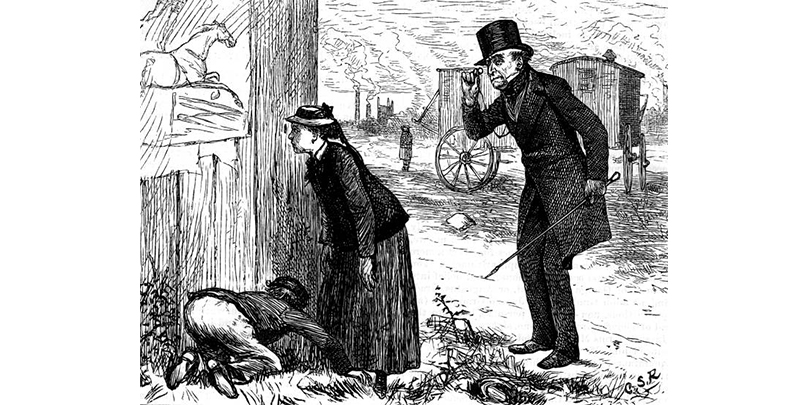 In Minnesota, the Commissioner of the Department of Commerce regulates the insurance industry, and he has a statutory right to conduct investigations “related to the duties and responsibilities entrusted to” him. Last month, in Matter of the Petition of the Property Casualty Insurers Association of America, Inc., 41 Minn. State Register 830 (Dec. 7, 2016), the state’s Office of Administrative Hearings took up the question of just what those “duties and responsibilities” are. The Commissioner’s position was that licensing a company to sell insurance in Minnesota makes any aspect of that company’s business subject to his oversight. An Administrative Law Judge disagreed, ruling that the Commissioner’s regulatory powers do not extend to practices beyond the sale of insurance products. The decision establishes an important basis for future challenges to regulatory overreach.

Mind If I Ask A Few Questions?

In 2012, California’s legislature imposed a requirement that certain insurers (those with over $100 million of written premiums in the state) file reports on their efforts to seek out, and contract with, vendors owned by women, disabled veterans or members of disadvantaged racial and ethnic minorities. Information contained in the reports must be made public through a link on the web site of the Insurance Department. Cal. Ins. Code § 972.2.

California considered the program a success—so much so that its insurance commissioner persuaded counterparts in five other jurisdictions to work together on a broader project. The result was the Multistate Insurance Diversity Survey (MIDS), which was announced on May 2, 2016, in a letter from the commissioners of California, Minnesota, New York, Oregon, Washington and the District of Columbia.

The letter was addressed to all insurance companies that were licensed in any one of the six participating jurisdictions, and which had written national premiums of $300 million or more. It explained that the MIDS survey would examine two different diversity issues: (i) the extent of each insurer’s efforts to build relationships with businesses owned by members of disadvantaged groups (now including the LGBT community), and (ii) insurers’ efforts to diversify the membership of their own governing boards and leadership. It also stated that insurers’ responses would be made available to the public through a web “portal” associated with the program.

The MIDS Survey itself is nearly 30 pages long. Among other things, it asks insurers to report their overall procurement spending in each of the six participating jurisdictions, broken down into 14 different categories, including “Advertising/Marketing,” “Claims Services,” “Financial Services,” “Legal Services,” “Information Technology,” “Office Supplies” and “Other.” For each state, it also asks the insurer to report separately the dollar amount in each business category that was paid to each type of disadvantaged business (i.e., minority-owned, disabled veteran-owned, woman-owned or LGBT-owned).

The Survey also calls on each insurer to report on such matters as the ethnic composition and sexual orientation of the members of its board of directors; whether the mission statement of the board and its committees includes the goal of increasing diversity (and, if so, the language in which it does so); whether the company engages in outreach efforts to diversify its board (and, if so, the nature of those efforts); and whether the company has a “supplier diversity program” in place (with a description of that program).

The survey was released on June 1, 2016, and responses were due on September 1.

Mind If I Ask You One First?

On June 14, 2016, four trade associations, led by the Property Casualty Insurers Association of America, Inc. (PCI), sent a letter to the commissioners, asking them to identify the legal basis for the requests contained in the survey. [Full disclosure: The authors represent PCI, but not in connection with this matter.] The commissioners responded jointly on August 10. Among other things, the commissioners identified two Minnesota statutes, which, they claimed, gave the state’s commissioner authority to “require insurers to respond to the survey.”

Minnesota law also gives aggrieved parties the right to petition the state’s Office of Administrative Hearings (OAH) for an order by an administrative law judge, determining that a state agency

is enforcing or attempting to enforce a policy, guideline, bulletin, criterion, manual standard, or similar pronouncement as though it were a duly adopted rule.

If the petition is successful, the agency must “cease enforcement of the unadopted rule.” Minn. Stat. § 14.381.

PCI filed a petition under the statute on September 2, 2016. The petition asserted that the demand for responses to the MIDS survey constituted a “rule,” within the meaning of the Minnesota Administrative Procedure Act (MAPA); that the rule had not been properly adopted; and that the Commissioner lacked statutory authority to adopt such a rule. PCI also complained that public access to survey responses would result in disclosure of confidential business information to competitors of the reporting companies.

On November 21, counsel for the Minnesota Commissioner advised that his Department would not take any action against insurers that failed to respond to the 2016 survey. The Commissioner later argued that this letter mooted PCI’s petition, but the OAH rejected that argument, finding that the issues raised by the petition were likely to come up again.

MAPA’s definition of a “rule” includes “every agency statement of general applicability and future effect.” Minn. Stat. § 14.02. In his ruling on PCI’s petition, an administrative law judge of the OAH quoted a statement from the commissioners’ joint letter of August 10, 2016, to the effect that they have “discretion to require any licensed insurer … to complete the [MIDS] survey.” The ALJ found that this constituted a “statement of general applicability.” The ALJ also held that the commissioners’ announcement of a deadline for responses (which was contained in their original letter of May 2) constituted a “statement of … future effect.”

Even if a rule has not been properly adopted, however, it may still be valid under Minnesota law “if the agency’s interpretation of a [statute] corresponds with its plain meaning.” Cable Communications Bd. v. Nor-West Cable Communications Partnership, 356 N.W.2d 658 (Minn. 1984). Thus, the Commissioner’s claim that he could compel responses to the MIDS survey turned on his contention that he was authorized to do so by the plain meaning of two statutes. And the language of the statutes on which he chose to rely turned out to raise a fundamental question about the scope of his power to regulate insurers.

A[] … licensee … or other person subject to the jurisdiction of the commissioner shall comply with requests for information, documents, or other requests from the department within the time specified in the request … .

As PCI pointed out, however, that provision follows Subdivision 1, which establishes the authority of the Commissioner to issue such requests, and which does so in the following language:

The Commissioner contended that insurers’ diversity practices clearly fall within his “duties and responsibilities.” Although he acknowledged that some categories of information are probably outside the scope of his investigatory powers, his counsel could not name any of those categories during a conference in September. Thus, the ALJ took the Commissioner’s position to be that every aspect of an insurer’s business is subject to regulation by the Department of Commerce. And the ALJ rejected that position:

In the view of the Administrative Law Judge, the suggestion that an insurance company does not undertake any activity that is beyond the reach of the Commissioner to inquire upon, as much as the Commissioner wishes, and as often as he wishes, is very troubling. It inverts the entire statutory scheme. Particular duties are entrusted to the Commissioner; not particular companies.

The Commissioner also cited Minn. Stat. § 60A.03, which grants him “power to enforce all the laws of this state relating to insurance.” But the ALJ found that this grant “does not permit the Commissioner to make any demand he wishes from those who sell insurance.” In particular,

[T]he Department does not point to any requirement in state law requiring insurers to pursue particular diversity or contracting goals. Undertaking such programs, or reporting on their progress, is not required by ‘the laws of this state relating to insurance … .’

The OAH determined that Minnesota’s Commerce Commissioner was attempting to enforce a policy “as though it were a duly adopted rule.” That order prevents one state’s insurance regulator from enforcing his demand for responses to the MIDS survey (a demand which had already been withdrawn), and it is subject to potential judicial review.

That doesn’t mean the order isn’t important. The business of insurance has many unique features, but, in many other respects, insurance companies are just businesses. In general, there is no justification in public policy for permitting insurance regulators to govern the ordinary aspects of insurance company operations in ways that do not apply to businesses in other industries. (To be sure, solvency concerns are a valid basis for some level of intrusive oversight, but only within limits. For example, the commissioners who promulgated the MIDS survey expressly stated that they were “not collecting data that is central to an insurer’s level of solvency.”) The OAH decision clearly supports that simple proposition.

In the near future, this concept is likely to be tested repeatedly—not just by regulators who wish to enforce their own ideas about corporate governance.  It is likely to arise, for example, in connection with such basic business functions as data-based marketing, which some regulators seem to be confusing with data-based underwriting or “price optimization.”  When that happens, PCI’s victory in Minnesota will represent a significant precedent.

Peerless, This is Not: Sixth Circuit Finds No Latent Ambiguity in Consent to Settle Requirement in Excess Policy

Barry Weissman is a shareholder at Carlton Fields in Los Angeles, California. Connect with Barry on LinkedIn.