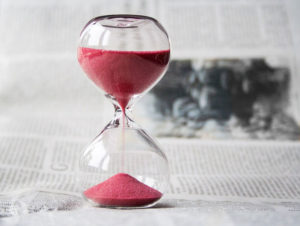 Courts will generally uphold reasonable suit limitation periods in property insurance policies, if the insurer does not affirmatively waive or extend them. In MZM Real Estate Corp. v. Tower Ins. Co. of New York, No. 452741/2015 (N.Y. Sup. Ct. April 11, 2017), a New York court followed the general rule. In enforcing a suit limitation period, the court was unpersuaded by the insured’s argument that once appraisal is demanded it becomes a condition precedent to filing suit.

MZM Real Estate Corp. v. Tower Ins. Co. of New York involved a property insurance dispute over the extent of coverage for wind damage caused by Superstorm Sandy, which blew through the greater New York area on October 29, 2012. In November 2012, following MZM’s notice of claim for “hurricane” damage, the insurer paid the “undisputed portion” of $4,000.

One year after the storm, on October 28, 2013, MZM invoked appraisal under the policy, and identified its appraiser. Tower then identified its appraiser, and the umpire was selected on February 3, 2014. By letters dated December 9, 2013 and January 13, 2014, Tower advised MZM that the claim was not finalized because it was waiting for the appraisal. In both letters, Towers reserved all rights under the policy.

On June 19, 2015, MZM filed a motion for summary judgment in lieu of complaint pursuant to NY CPLR § 3213. Tower moved to dismiss based on the policy condition requiring that any action against the insurer be “brought within 2 years after the date on which the direct physical loss or damage occurred.”

As a procedural matter, the court determined that the insured’s effort to seek accelerated treatment under NY CPLR § 3213 was improper. NY CPLR § 3213 provides: “When an action is based upon an instrument for the payment of money only or upon any judgment, the plaintiff may serve with the summons a notice of motion for summary judgment and the supporting papers in lieu of a complaint.” Cases following this procedure generally involve “some variety of commercial paper in which the party to be charged has formally and explicitly acknowledged an indebtedness. Where the instrument requires something in additional to defendant’s explicit promise to pay a sum of money, CPLR 3213 is unavailable” (quoting Weissman v. Sinorm Deli, 669 N.E.2d 242 (N.Y. 1996) (citation omitted)).

Procedurally, when a plaintiff fails to make a prima facie showing of entitlement to summary judgment in lieu of complaint under NY CPLR § 3213, “the moving and answering papers shall be deemed the complaint and answer, respectively, unless the court orders otherwise.” In this case, the court ordered otherwise, finding that Tower’s motion to dismiss was due to be granted.

Tower moved to dismiss on the basis that the action was not brought within two years of the date of loss. It was undisputed that the loss occurred on October 29, 2012, and MZM commenced the action on June 19, 2015 – over two and one half years later. MZM argued, however, that it was required to comply with the terms and conditions of the policy, and that completion of an appraisal became a condition precedent to suit once MZM demanded appraisal. Tower responded by stating that appraisal is elective, and that the policy does not indicate that appraisal is a condition precedent to filing suit.

The court agreed with Tower, holding that it “has established a defense as a matter of law by demonstrating with documentary evidence that the subject policy included a two year suit limitation period and that MZM commenced this action after expiration of that period.” The court rejected MZM’s argument that once appraisal is demanded, it becomes a condition precedent to filing suit:

“MZM cites no authority and the Court has not found any to support the proposition that under facts similar to this case, once an appraisal is demanded, the completion of the appraisal serves as a condition precedent to the commencement of an action.”

In reaching its decision, the court distinguished Executive Plaza, LLC v. Peerless Ins. Co., 5 N.E.3d 989 (N.Y. 2014), where the insurer required proof of completion of repairs in order for the insured to make a replacement cost claim. The insurer successfully moved to dismiss the insured’s suit as premature when it was filed on the last day of the suit limitation period because the repairs were not completed. When the insured later filed suit, the court held that the insurer could not then enforce the suit limitation period when the repairs could not be completed within two years. “The Court held that it was ‘neither fair nor reasonable to require suit within two years from the date of the loss while imposing a condition precedent to suit — in [that] case, completion of replacement of the property — that cannot be met within the two-year period’” (quoting Executive Plaza, 5 N.E.3d at 989). In this case, unlike in Executive Plaza, MZM failed to commence suit before the two-year limitation period expired.

In sum, nothing in the policy indicates that once appraisal is demanded, it must be completed before suit is commenced. In addition, MZM never received a waiver of the suit limitation period or requested an extension of time to file suit. Moreover, Tower never relinquished its right to rely on the suit limitation period. In its letters, Tower consistently reserved all of its rights under the policy. Under these circumstances, the court found the suit limitation enforceable, ruling that the insured’s action was untimely and due to be dismissed.

The case serves as an important reminder of suit limitation periods, both for policyholders, whose failure to timely file suit against an insurer can have drastic results, as well as insurers, who should bear in mind the importance of that contractual right, which courts frequently uphold, even where it may result in a disproportionate forfeiture.