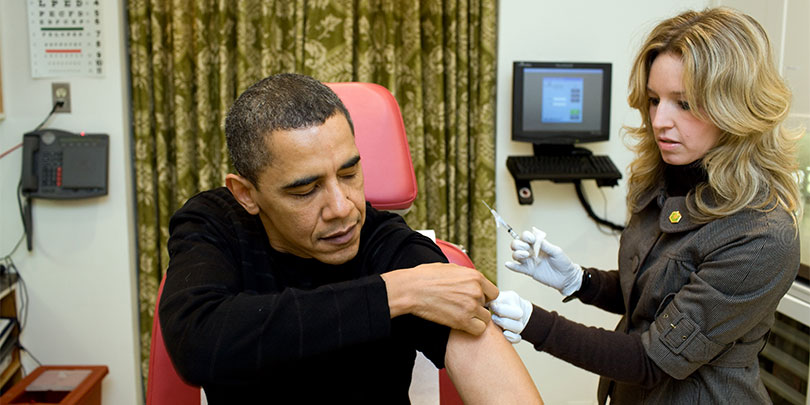 Citizens was created by the Florida Legislature to provide “affordable property insurance to applicants who are in good faith entitled to procure insurance through the voluntary market but are unable to do so.”  Fla. Stat. § 627.351(6)(a)1.  A not-for-profit, tax-exempt corporation, Citizens is “a government entity that is an integral part of the state, but is not a private insurance company.”  Id.  (Full disclosure: the author represents Citizens in litigation matters, but did not participate in the Perdido Sun litigation.)

The statute that created Citizens also provided it with immunity from certain types of lawsuit:

There shall be no liability on the part of, and no cause of action of any nature shall rise against … the corporation or its agents or employees … for any action taken by them in the performance of their duties or responsibilities under this subsection.

Such immunity does not apply to:

a. Any of the foregoing persons or entities for any willful tort;

b. The corporation or its producing agents for breach of any contract or agreement pertaining to insurance coverage;
…

e. The corporation in any pending or future action for breach of contract or for benefits under a policy issued by the corporation; in any such action, the corporation shall be liable to the policyholders and beneficiaries for attorney’s fees under s. 627.428.

The issue of Citizens’s liability for a statutory bad faith claim was first addressed in Citizens Property Insurance Corp. v. Garfinkel, 25 So.3d 62 (Fla. 5th DCA 2010), disapproved on other grounds by Citizens Prop. Ins. Corp. v. San Perdido Ass’n, Inc., 104 So.3d 344 (Fla. 2012).  The plaintiff in Garfinkel, whose residence had been damaged by multiple hurricanes in 2004, asserted claims for breach of contract and for bad faith under § 624.155(1)(b)(1).  After the trial court denied Citizens’s motion to dismiss and overruled its objections to the plaintiff’s discovery requests, Citizens sought a writ of prohibition from the 5th District Court of Appeal.

The appellate court granted the writ, holding, under both the language of the enabling statute and the rules of statutory construction, that “Citizens is immune from first-party bad faith claims.”

First, the court observed that the enabling statute provides that “no cause of action … shall arise against … the corporation … for any action taken … in the performance of [its] duties or responsibilities under this subsection.”  Because those statutory duties and responsibilities expressly include “handl[ing] claims carefully, timely, diligently, and in good faith,” the court found that the language expressly precludes any bad faith claim.

Second, the 5th DCA found that the terms of the statute were reinforced by the maxim, expressio unius est exclusio alterius:  when a statute articulates exceptions to a rule, no other exceptions may be implied.  On this basis, the court rejected the plaintiff’s contention that his bad faith claim fell under the “willful tort” exception.

Perdido Sun Condominium Association sued Citizens for breach of contract relating to damages sustained from Hurricane Ivan in 2004.  The Association prevailed in the Circuit Court of Escambia County, and the 1st DCA affirmed.  Perdido Sun then filed a second suit against Citizens, under § 624.155, for Citizens’s alleged failure to attempt in good faith to settle the underlying claim.  The trial court concluded that Citizens was immune from the first-party bad faith suit under § 627.351(6)(s)1, because a statutory bad faith claim was not among the specifically-listed exceptions to Citizens’ immunity. The action was dismissed with prejudice, and Perdido Sun appealed.

The 1st DCA reversed, finding that Citizens’s enabling statute imposed on Citizens the duty to handle claims in good faith (§ 627.351(6)(s)2), and that a breach of this duty “falls under the broad definition of ‘tort.'”  Consequently, the appellate court concluded that Citizens’s alleged failure to handle Perdido Sun’s claim in good faith fell under the “willful tort” exception to immunity that was created by the enabling statute.

Because its decision “expressly and directly conflict[ed]” with that of Garfinkel, the 1st DCA certified conflict with the 5th DCA and, in light of Citizens’s status as a government entity, it certified the following question as one of great public importance:

In The Supreme Court

The Supreme Court of Florida (i) quashed the 1st DCA’s decision, (ii) approved the reasoning of Garfinkel on the issue (iii) and answered the certified question in the affirmative.  Undertaking a straightforward statutory construction, the Supreme Court found “no support [for the argument] that the Legislature intended for Citizens to be liable for a breach of the duty to act in good faith … [in] a statutory first-party bad faith cause of action.”  The court explained:

Although  the Legislature codified Citizens’ duty to handle claims in good faith [in the enabling statute], the Legislature never listed statutory first-party bad faith claims as one of the exceptions to Citizens’ immunity.  To the contrary, the Legislature chose to immunize Citizens for ‘any action taken by [it] in the performance of [its] duties or responsibilities under . . . subsection [627.351(6)(s)],’ which necessarily includes a breach of the duty of good faith.

If the Legislature had intended to exempt first-party bad faith claims from Citizens’ statutory immunity, listing this category within [the enabling statute] would have been a simple and explicit way to indicate this. Certainly, the Legislature knew how to accomplish an exception to the immunity because it created a specific exception to the immunity for attorney’s fees, as authorized by [a different statute].

As this Court has recognized, where the Legislature made one exception clearly, if it had ‘intended to establish other exceptions it would have done so clearly and unequivocally.’

The Supreme Court also rejected the 1st DCA’s conclusion that the statutory first-party bad faith cause of action fell within the “willful tort” exception that the enabling statute recognizes.  The court explained that “there was no first-party bad faith action by an insured against the insurer recognized at common law,” because a Florida insurer processing a first-party claim (unlike a third-party insurer) does not stand in a fiduciary relationship with its insured. This is the reason that the Florida Legislature created a first-party claim by statute, but, in the court’s view:

In sum, after close to a decade of litigation, it is now established that Citizens Property Insurance Corporation is immune from first-party bad faith actions under Fla. Stat. § 624.155.

Of Mice and Manpower: Companies That Lease Employees Cannot Be Self-Insured