You are here: Home / Allocation / Nutmeg, Sí, Palmetto, No!: Travelers Wins Both Sides of Insurer-vs.-Insurer Dispute 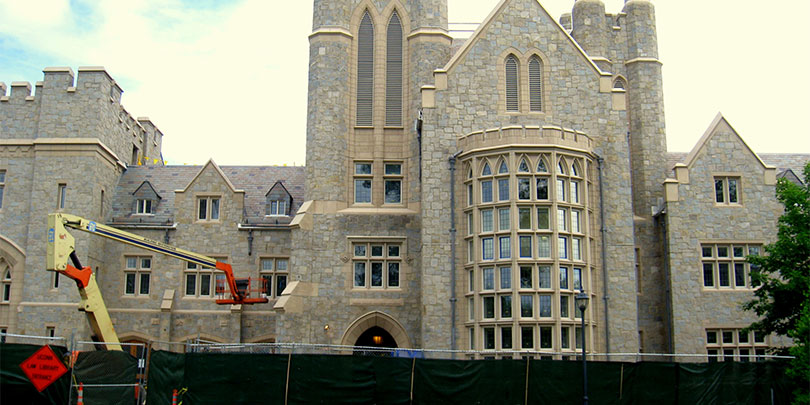 Although large or protracted losses can implicate more than one liability policy, sometimes only one insurer steps up to provide a defense.  When that happens, the insurer can try any of several ways to recover its expenses from other carriers, including a declaratory judgment action, an action for equitable subrogation and a claim for contribution.  But the law in this area is not uniform, as two recent cases illustrate.

In Travelers Cas. & Surety Co. of America v. The Netherlands Ins. Co., 312 Conn. 714 (Aug. 5, 2014), the Supreme Court of Connecticut held, in a case of first impression, that Travelers had standing under state law to pursue a declaration of another insurer’s duty to defend under a policy that the insurer had issued to one of Travelers’s insureds.  In Auto-Owners Ins. Co. v. Travelers Cas. & Surety Co. of America, No. 4:12-cv-03423-RBH, 2014 WL 3687338 (D.S.C. July 22, 2014), a federal court in South Carolina similarly found that Auto-Owners had standing to sue Travelers under the federal declaratory judgment act.  But the court went on to hold that Auto-Owners had no substantive right under South Carolina law to force Travelers to pay the cost of defending an insured.

Connecticut: The Case of the Leaky Law Library

The Connecticut case arose out of the work of Lombardo Brothers Mason Contractors, which performed masonry work for the library of the University of Connecticut Law School between 1994 and 1996.  The Huskies experienced “problems with water intrusion” over the next two decades, until, in 2008, the State of Connecticut sued the Lombardo Brothers and others to recover $18 million in repair costs.  Travelers insured the Lombardos, under a commercial general liability policy, from 1994 through 1998.  Netherlands issued umbrella and general liability policies for the period 2000 through 2006.  The policyholder notified its insurers about the potential claim in 2005.  Travelers agreed to participate in the defense; Netherlands (and other carriers) declined to do so.

In July 2009, Travelers filed a two-count complaint against Lombardo Brothers, Netherlands and two other insurers.  (One of the defendant insurers ultimately settled the claim.)  The first count sought a declaratory judgment that the insurers were obligated to pay their pro rata share of the Lombardos’ defense.  The second count sought reimbursement from the insurers for the defense costs Travelers had already incurred, under a theory of equitable subrogation.  After the complaint had been filed, Travelers voluntarily withdrew the equitable subrogation claim, because that claim required it to put the legal bills from the underlying suit into evidence, and Travelers could not do so without vitiating the attorney-client privilege in that case.  As soon as the subrogation claim was withdrawn, however, Netherlands moved to dismiss the one remaining count for lack of standing.  Because Travelers was not a party to the insurance contract Netherlands had issued to the Lombardos, Netherlands argued that Travelers had no right to seek to enforce that contract.

The issue was a matter of first impression in Connecticut, but, as the Supreme Court noted, the “vast majority” of jurisdictions permit courts to hear declaratory judgment actions “relating to the rights and obligations of two insurance companies as to the coverage of their respective policies.”  As compared with those other jurisdictions, the court also found that “[Connecticut’s] declaratory judgment statute is unusually liberal,” and that it is “broader in scope than … the statutes in most, if not all, other jurisdictions.”

In Connecticut, standing may be established by a showing either that the plaintiff is authorized to bring suit under the terms of the declaratory judgment statute, or that the plaintiff is “classically aggrieved.”  A party is classically aggrieved (i) if it can demonstrate “a specific, personal and legal interest” in the dispute, “as distinguished from a general interest, such as is the concern of all members of the community as a whole,” and (ii) if it can also establish “that this specific personal and legal interest has been specially and injuriously affected.”  The “specific, pesonal and legal interest” that satisfies this requirement must be one that could be the subject of a “specific cause of action”—such as breach of contract.  But the court held that it is not necessary for the plaintiff to demonstrate a capacity to assert the relevant cause of action at the time of the declaratory judgment suit.

Because these requirements were satisfied in the present case, the Supreme Court affirmed an award of declaratory judgment to Travelers.

South Carolina: The Case of the Horizontal Tower

Meanwhile, in South Carolina, persistent problems caused a group of owners of condominiums in something called the Hyperion Towers Horizontal Property Regime to bring suit against the Hyperion Towers Homeowners’ Association for alleged breaches of duty.  The Association had coverage under a CGL policy issued by Auto-Owners, for the priod from 1991 through 2000, and under a Non-Profit Management and Organization Liability policy, issued by Travelers, for the period from 2007 through 2010.  Auto-Owners is currently providing a defense in the underlying suit; Travelers is not.  Auto-Owners therefore brought a suit seeking both a declaratory judgment that Travelers has a duty to defend and contribution for the expenses it had incurred.

Travelers moved for summary judgment before the United States District Court for the District of South Carolina.  Apparently without making reference to the case that was still pending in Connecticut, Travelers argued that Auto-Owners lacked srtanding to seek a declaration of Travelers’s obligations under a policy to which Auto-Owners was a stranger.  Applying the federal Declaratory Judgment Act, the court found that the issue turned on whether “there is a substantial controversy, between parties having adverse legal interests, of sufficient immediacy and reality to warrant the issuance of a declaratory judgment.”  The court held that these conditions were satisfied, and that Auto-Owners had standing to bring its claim.

The court nevertheless dismissed the case, because it went on to find, under the substantive law of South Carolina, that one insurer may not recover defense costs from another.  Citing Sloan Construction Co. v. Cent. Nat’l Life Ins. Co. of Omaha, 236 S.E.2d 818 (S.C. 1977), the court found that “the duty to defend is several[,] and the insurer is not entitled to divide the duty nor require contribution from another absent a specific contractual right.”  Thus, despite “a litany of cases from around the country which support granting equitable contribution in favor of one insurer against another for defense costs,” the court could not sustain Auto-Owners’s claim.  The reasoning underlying this policy is as follows (citations and internal quotation marks omitted):

[T]he insured was not damaged because it was afforded a defense.  Moreover, the insurer who defended was not damaged by [the other’s] refusal to defend since it was a stranger to the contract between the other insurer and its insured. … [T]he insurance company who defended was doing no more than it was obligated to do under its insurance contract.

Sloan involved a claim for contribution between two insurers who shared an identical risk, but the district court in Auto-Owners found that this reasoning “is equally applicable where the insurers insure different risks, and where a declaratory judgment … is sought.”

“Blinded By the Light of God and Truth and Right”: Constitutional Arguments Carry the Day Against Zealous Insurance Receiver