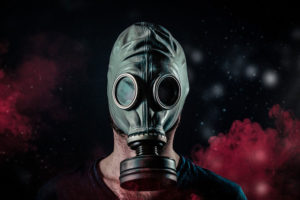 Professionals and practitioners in first party property insurance are likely familiar with the efficient proximate cause rule, which requires an insurance policy to provide coverage where “a covered peril sets in motion a causal chain,” even if subsequent causes-in-fact of the loss are excluded by the policy. As indicated by our previous coverage [1, 2, 3] of this doctrine, this can be a confusing analysis that leads to unpredictable results.

In Xia, the claimant bought a house constructed by Issaquah Highlands 48 LLC (“Issaquah”), which had a CGL policy issued by ProBuilders. Soon after moving in to the home, the claimant became sick due to inhalation of carbon monoxide. The release of the carbon monoxide was caused by improper installation of an exhaust vent.

After Issaquah notified ProBuilders of the claim, ProBuilders denied coverage under the policy’s pollution exclusion, which excluded, in pertinent part:

Bodily injury, property damage, or personal injury caused by, resulting from, attributable to, contributed to, or aggravated by the actual, alleged or threatened discharge, dispersal, seepage, migration, release or escape of pollutants, or from the presence of, or exposure to, pollution of any form whatsoever, and regardless of the cause of the pollution or pollutants.

The court summarily dismissed any claim that efficient proximate cause had not previously applied to third party policies, stating:

Having established that the efficient proximate cause rule applied, the court held that the fact that the pollution exclusion unambiguously applied did not matter, because the underlying complaints alleged that the release of the pollutant was caused by negligence. Further:

If ProBuilders sought to avoid liability for damages resulting from particular acts of negligence, it certainly could have written specific exclusions to that effect-for instance, an exclusion for acts of negligence relating to the installation of home fixtures generally or hot water heaters specifically. . . . Such an exclusion may have been foreseeable given that this policy was for the construction of a new home, but no such exclusion is found in this insurance policy. Issaquah Highlands paid valuable premiums for an insurance policy providing broad coverage for all forms of negligence except those acts specifically excluded, and it was a covered act of negligence that was the efficient proximate cause of Xia’s loss.

The court accordingly granted judgment as a matter of law to the claimant on both breach of contract and bad faith.

The key to the court’s reasoning appears to be in its statement that “[h]aving received valuable premiums for protection against harm caused by negligence, an insurer may not avoid liability merely because an excluded peril resulted from the initial covered peril.” The Xia decision essentially establishes a rule that, regardless of the type of policy, insurers cannot draft exclusions that will be upheld “when two or more perils combine in sequence to cause a loss and a covered peril is the predominant or efficient cause of the loss.”

Already known as an unkind venue to insurers, the Xia decision demonstrates that, at least in the state of Washington, insurers cannot be confident that clear and unambiguous policy exclusions will be upheld (at least in multi-peril situations), and should be wary of drawing distinctions in the application of legal doctrines based on the type of insurance policy at issue.