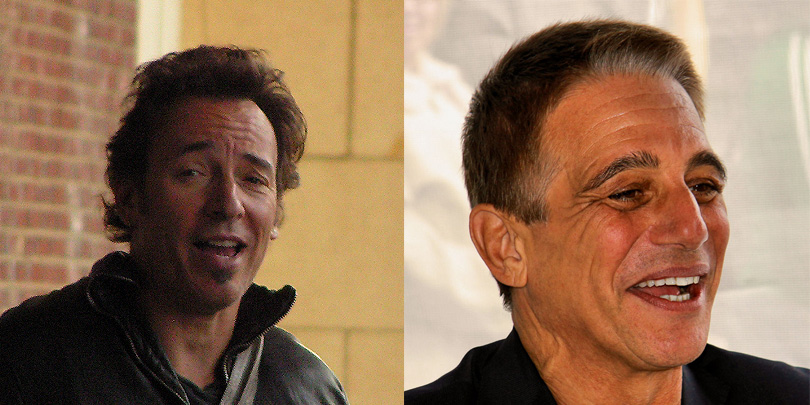 Liability policies for businesses are subject to a number of common exclusions; many, for example, do not cover liability to employees of the business who are injured on the job.  Frequently, those policies do provide coverage to additional insured parties, such as lenders or property owners, that deal with the business.  Recently, in Mutual Benefit Ins. Co. v. Politsopoulos, No. 60 MAP 2014 (Penn. May 26, 2015), the Supreme Court of Pennsylvania addressed the question of whether an employer’s liability exclusion applied to an additional insured who did not employ the plaintiff in the underlying suit.  The court ruled against the insurer, based on the grammatical details of the exclusion itself.

This endorsement excludes coverage for: 1. An “employee” of the insured arising out of and in the course of … [e]mployment by the insured … .

The restaurant operated on property owned by Christos Politsopoulos and Dionysos Mihalopoulos, and its lease provided that the landlords would be named as “additional insured parties” under a liability policy.  Leola’s policy did not name the landlords as insureds on the policy’s declarations page, but the policy did contain a term stating that it extended coverage to persons doing business with the restaurant, if the restaurant had agreed in writing to provide such persons with insurance.

The policy also contained a “Separation of Insureds” clause, which stated:

a. As if each named insured were the only named insured; and
b. Separately to each insured against whom claim is made or suit is brought.

In December 5, 2007, an employee of the restaurant was carrying trash down an outdoor staircase, when the stairs became loose and she fell to the ground. She sued the property owners, Messrs. Politsopoulos and Mihalopoulos, for negligently maintaining the stairs on which she fell.

The owners sought defense and indemnity from Mutual Benefit, as additional insureds under the restaurant’s umbrella policy.  The insurer denied coverage, citing the employer’s liability exclusion, and asserting that the plaintiff had been injured in the course of her employment by the named insured.  The property owners disagreed; citing the Separation of Insureds clause, they argued that the exclusion would negate coverage only if they had employed the plaintiff in the underlying suit.

No Shortage of Opinions

Mutual Benefit filed a declaratory judgment action, and the trial court awarded it summary judgment.  The court stated that it was bound to follow the Pennsylvania Supreme Court’s decision in Penn. Manufacturers’ Assoc. Ins. Co. v. AETNA Cas. & Surety Ins. Co., 426 Pa. 453 (1967), even though it considered that case “flawed and outdated.”  As the trial court read that opinion,

[T]he term ‘the insured,’ as it appears in an employer’s exclusion appearing in a liability policy, encompasses the named insured, regardless of whether coverage was sought by a different insured.

In other words, no insured under the policy would be entitled to coverage for injury to someone who was employed by the named insured.

The Superior Court (Pennsylvania’s intermediate appellate court) reversed, basing its opinion on the Separation of Insureds clause—and, in particular, on the provision that coverage would apply “[a]s if each named insured were the only named insured.”  The appellate court found that the property owners were “named insureds,” even though their names did not appear on the declarations page.  Because some of the “named insureds” did not employ the plaintiff in the underlying case, the court found that the employer exclusion could not be applied to any of them:

In no uncertain terms, the policy language directs us to evaluate coverage as though [the] Employer does not exist. …

An insured who does not exist cannot employ anyone.  Thus, if the person injured is not employed by the lone insured as to whom coverage is to be tested, the Employers’ Exclusion simply does not come into play.

The Supreme Court rejected the Superior Court’s reasoning, on the ground that the property owners, whose names did not appear on the declarations page, were not “named insureds” under the policy.  Policy language about how coverage applied to named insureds was therefore “inapplicable.”

The court proceeded to “consider[] the case anew,” beginning with the observation that “a separation-of-insureds clause … is [not] to be interpreted in a manner which would subvert otherwise clear and unambiguous policy exclusions.”  For that reason, “the appropriate focus here is less upon the … separation-of-insureds clause than on the terms of the employer’s liability exclusion.”

On that subject, several policyholders and policyholder groups filed briefs in the Supreme Court as amici curiae, focusing on “potential differences in meaning which may be taken from the selective use of definite and indefinite articles in associate with the word ‘insured.’”  That difference enabled the court to distinguish the 1967 case on which the trial court had relied—and which the Supreme Court found to be inconsistent with the approach followed by “a majority of jurisdictions”:

[W]e decline to extend PMA’s expansive construction of the term ‘the insured’ to an instance in which a commercial general liability policy variously makes use of the terms ‘the insured’ and ‘any insured.’  Rather, we are persuaded that, at least where a commercial general liability policy variously makes varied use of the definite and indefinite articles, this, as a general rule, creates an ambiguity relative to the former, such that ‘the insured’ may reasonably be taken as signifying the particular insured against whom a claim is asserted.

Thus, the language of the exclusion was held to apply only to claims asserted by employees of the “the insured” against whom, the claim is directed.  The Supreme Court found the exclusion inapplicable to a claim by the restaurant’s employee against the restaurant’s landlord, and it affirmed the Superior Court’s decision, albeit on different grounds.

Insurers are now on notice: especially where, as in this case, a policy provides coverage to “insureds” who are neither named in the policy nor disclosed to the insurer, exclusions need to be drafted with very, very close attention.

Fourth Circuit: If You Want to Limit Additional Insured Coverage to Vicarious Liability, You Should Say So