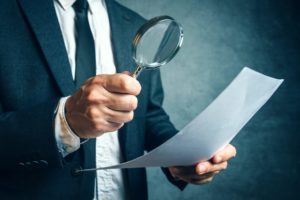 When (if ever) are an insurer’s attorney’s fees and billing information discoverable in a coverage dispute? Though the question is straightforward, the answer can vary from case to case and jurisdiction to jurisdiction. The Texas Supreme Court recently weighed in on the issue and found that an insurer’s attorney-billing information is not discoverable merely because the insurer challenges the insured’s request for attorney’s fees in coverage litigation. See In re Nat’l Lloyds Ins. Co., No. 15-0591 (Tex. June 9, 2017).

In Lloyds, insured homeowners sued the insurer and various claims adjusters alleging that they underpaid property damage claims in the wake of two hail storms that struck Hidalgo County, Texas in 2012. The homeowners asserted statutory, contractual, and extra-contractual claims, including requests for attorney’s fees incurred by the homeowners in pursuing the relief sought against the insurers. The lawsuits were eventually consolidated into a single multidistrict litigation (the “MDL”) for discovery and pretrial proceedings. During the course of discovery, the homeowners sought leave to serve additional interrogatories and requests for production of documents, seeking information related to the insurer’s attorney-billing information despite the fact that the insurer was not asserting a claim for attorney’s fees. In support of their request, the homeowners argued that the insurer’s attorney’s fees and billing information were discoverable because the insurer’s counsel testified as an attorney-fee expert in a related case, Amaro v. National Lloyds Insurance Co., Cause No. C-0304-13-H (206th Dist. Ct., Hidalgo County, Tex. Feb. 27, 2015), and admitted in his testimony that an opposing party’s fees could be considered as “a factor” in determining a reasonable fee recovery. The same attorney was also designated as an expert in the MDL to rebut the homeowners’ fee requests. The insurer later stipulated, however, that it would not rely on its own billing information to contest the reasonableness of the homeowners’ attorney’s fees.

At the trial court level, a special master found that an opponent’s attorney-billing information is relevant to the reasonableness of the attorney-fee request, granted the homeowners’ request for additional discovery, and noted that redaction of the records could preserve any privileged information in those documents. The Court of Appeals denied the insurer’s petition for mandamus relief.

In a thorough opinion, the Texas Supreme Court granted the insurer’s petition for mandamus and found that the attorney-billing information was protected by the work productive privilege and otherwise irrelevant to the homeowner’s request for attorney’s fees.

With respect to the work product privilege, the court started with the notion that the privilege protects both “the attorney’s thought process, which includes strategy decisions and issue formulation” as well as “the mechanical compilation of information to the extent such compilation reveals the attorney’s thought processes.” The court found that “as a whole, billing records represent the mechanical compilation of information that reveals counsel’s legal strategy and thought processes, at least incidentally” and, therefore, such records are generally protected by the privilege. The court specifically rejected the homeowners’ argument that redaction of the records would be sufficient to protect any privileged information. The court reasoned that “[t]he chronological nature of billing records reveals when, how, and what resources were deployed” by the attorney, and, as such, can reveal a lot about the attorney’s litigation strategy and thought processes even if substantive descriptions are redacted. The court acknowledged, however, that a party can waive the privilege through offensive use of the information — i.e., by relying on its own billing records to contest the reasonableness of the opposing party’s request. Given the insurer’s stipulation that it would not rely on its own billing records for that purpose, the court found that the insurer did not waive the privilege.

In addition to the privileged nature of the information sought, the court further held that the insurers’ attorney-billing information was generally irrelevant to the issue of the homeowners’ request for reasonable attorney’s fees. In that regard, the court noted, Texas courts consider a list of eight nonexclusive factors articulated in Arthur Andersen & Co. v. Perry Equipment Corp., 945 S.W.2d 812, 818 (Tex. 1997), to determine whether a fee request is “reasonable.” These factors include “the time and labor required, the novelty and difficulty of the questions involved, and the skill required to perform the legal service properly; the likelihood … acceptance of the particular employment will preclude other employment by the lawyer; [and] the fee customarily charged in the locality for similar legal services.” Id. The court noted that an opposing party’s attorney’s fees are not “ipso facto reasonable or necessary” and do not bear on the reasonableness analysis because:

(1) the opposing party may freely choose to spend more or less time or money than would be “reasonable” in comparison to the requesting party; (2) comparisons between the hourly rates and fee expenditures of opposing parties are inapt, as differing motivations of plaintiffs and defendants impact the time and labor spent, hourly rate charged, and skill required; (3) “the tasks and roles of counsel on opposite sides of a case vary fundamentally,” so even in the same case, the legal services rendered to opposing parties are not fairly characterized as “similar”; and (4) a single law firm’s fees and hourly rates do not determine the “customary” range of fees in a given locality for similar services.

Even if the insurers’ attorney-billing information was relevant to the homeowners’ request for attorney’s fees, the court held that the information would not be discoverable because the danger of unfair prejudice resulting from its disclosure substantially outweighed its probative value. In that regard, the court reasoned that the homeowners did not need the information to meet the burden of proof on their attorney-fee claims, but allowing the discovery could give rise to abusive discovery practices.

The court, however, was careful to limit its holding to the facts before it. In so doing, it cautioned: “[a]ttorney-billing information may be discoverable by virtue of the opposing party designating its counsel as a testifying expert.” Id. at *14.

The import of this case is clear: an insurer, or any another party for that matter, does not waive the work-product privilege for its attorney-billing information merely by contesting the reasonableness of an opposing party’s request for attorney’s fees. The party, however, should exercise caution in designating its own attorneys as expert witnesses to testify regarding the reasonableness of any fee request. Though the Texas Supreme Court held in favor of the insurer in this case, the facts demonstrate the inherent difficulty for insurers defending multiple coverage disputes. Designating an attorney as an expert in one case could subject the work-product privilege for those records to an attack in a related case.