You are here: Home / Exclusions/Exceptions / If Rainwater Lands Where it Doesn’t Belong, It’s Still “Surface Water” in the Eleventh Circuit 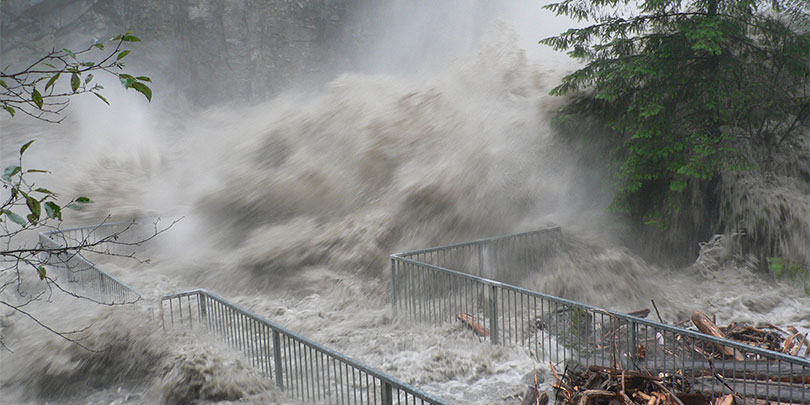 The Eleventh Circuit recently affirmed a decision of the Southern District of Georgia, finding an insured’s claim for water damage fell within an exclusion for loss or damage caused by “surface water.” In Williams v. State Farm Fire and Casualty Insurance Company, Case No. 14-11100 (11th Cir. July 17, 2014), the dispute arose after the insured’s home was damaged by “thigh deep” water runoff from a rainstorm.  The water should have flowed away from the plaintiff’s home, through a culvert on a hill behind the property.  But the culvert had become clogged with debris and tree roots, so that water flooded downhill and—along with mud and other debris—it entered the insured home through the doors and crawlspace.

The plaintiff’s homeowner’s insurance policy contained an exclusion for “any loss which would not have occurred in the absence of … flood [or] surface water.”  The exclusion applied, regardless of the cause of the flood or surface water, and regardless of whether the loss was caused or aggravated either by the negligent conduct of a government body or by faulty design, construction or maintenance. In response to the insurer’s motion for summary judgment, the insured argued that exclusion did not apply, because the water had ceased to be surface water when it entered a man-made storm water diversion system. The district court disagreed and entered summary judgment in favor of the insurer.

On appeal, the insured argued that the surface water exclusion did not apply, because the water that overflowed the culvert had become mixed with non-surface water—specifically, water from the plaintiff’s swimming pool—before it entered her home.  The Eleventh Circuit declined to consider this argument, because it was not raised before the district court.  The insured also moved to certify two questions to the Georgia Supreme Court regarding the definition of “surface water.”  The Eleventh Circuit denied this motion, finding that Georgia case law already provides sufficient guidance on the application of a surface water exclusion.

[W]ater which derived from falling rain or melting snow, or which rises to the surface in springs, and is diffused over the surface of the ground, while it remains in such a diffused state, and which follows no defined course or channel, which does not gather into or form a natural body of water, and which is lost by evaporation, percolation, or natural drainage.

Applying that definition to this case, the Eleventh Circuit noted that, “[i]nstead of flowing into the culvert and the drainage system, the storm water overflowed from the culvert, moved across the surface of certain properties, and flowed into [the insured’s] home and crawlspace. . . . [E]ven though the water was intended to drain via a storm system, it still maintained its character as ‘surface water’ at the time” it entered the insured’s home.  In sum, the storm water was diffused over the surface of the ground when it flowed from the culvert down the hill onto the insured’s property and into her home.  The insured was unable to make an argument that created a genuine issue of fact preventing the application of the exclusion.

This case demonstrates the straightforward application of a plainly worded exclusion.  Coverage for damage from rainwater runoff which overflows a culvert and flows over the surface of land onto an insured’s property is likely to be precluded by an exclusion for loss or damage caused by “surface water.”

“Blinded By the Light of God and Truth and Right”: Constitutional Arguments Carry the Day Against Zealous Insurance Receiver