You are here: Home / Automobile / Round Up The Usual And Customary Suspects: Insurers May Determine UCR Prices By Shopping At Retail Outlets 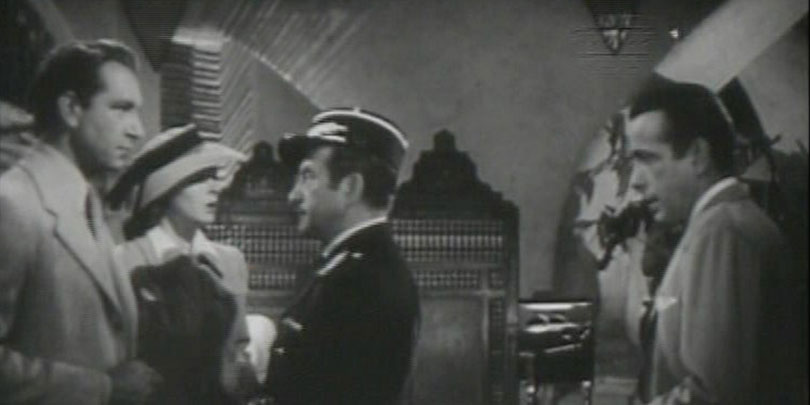 For more than a decade, medical providers have tried to limit the discretion of automobile insurers to pay less than the billed amount for services and equipment offered to injured insureds. Most of these efforts involve challenges to the use of automated bill review systems. But in Freedom Medical Supply Inc. v. State Farm Fire & Cas. Co., No. 14-1628 (3rd Cir. June 8, 2016), a company charging 1,000% mark-ups on equipment it bought at Bed Bath & Beyond argued that an insurer may not establish the “usual and customary” price of that equipment by shopping for similar products. Striking a blow for old-fashioned legwork, the U.S. Court of Appeals for the Third Circuit this month affirmed an award of summary judgment to the insurer (albeit in an unpublished opinion). In doing so, the court implicitly found that “usual and customary” rates can be totally different from the prices charged by the subset of vendors that regularly seek reimbursement from insurers.

Automobile policies with medical payments or Personal Injury Protection coverage generally require the insurer to pay the “usual, customary and reasonable” cost of necessary medical services. But the formula can vary from state to state, and from policy to policy.

In Pennsylvania, the calculation of how much an insurer must pay is governed by the commonwealth’s Motor Vehicle Financial Responsibility Law (the “MVFRL”), which replaced the old no-fault statute in 1984. If a product or service is listed in the federal government’s Medicare Fee Schedule, the MVFRL permits the provider to accept no more than 110% of the scheduled price. For products and services that do not appear in the Schedule,

the amount of payment may not exceed 80% of the provider’s usual and customary charge.

The term “usual and customary charge” is defined in the MVFRL’s implementing regulations, as

In calculating the usual and customary charge, an insurer may utilize [1] the requested payment amount on the provider’s bill for services or [2] the data collected by the carrier or intermediaries to the extent that the data is made available.

The plaintiff in Freedom Medical is a vendor of durable medical equipment. At issue in the case were two types of DME—an electrical muscle stimulator (EMS) and a portable whirlpool. The plaintiff obtained these items primarily from wholesalers, but, on occasion, it has also purchased them from retail outlets, including Bed Bath & Beyond. It generally paid less than $30 for an EMS, then billed for the product at prices of up to $1,600. It also charged $525 for whirlpools that cost it approximately $40.

But one of the insurer’s claims adjustors suspected these prices were inflated, and he began an independent investigation. Eventually, he was able to buy EMSs from ten different vendors—vendors that were either located in the greater Philadelphia area or offering their products online—at an average price of $151.10. He bought whirlpools from eight different sources, paying an average of $97.19.

The vendor responded in February 2012, by filing a putative class action in a Pennsylvania Court of Common Pleas. (The insurer removed the case to the Eastern District of Pennsylvania.) Citing the implementing regulations quoted above, the vendor’s action asserted that there were only two valid ways to calculate a “usual and customary charge”: either (1) by paying “the requested payment amount on the provider’s bill,” or (2) by analyzing “the data collected by the carrier.” See 31 Pa. Code § 69.43(c). Because the implementing regulations define “carrier” as the entity that processes claims on behalf of the government, rather than the insurer that pays the bills (31 Pa. Code § 69.3), the plaintiff argued that the insurer’s independent investigation of local prices could not satisfy either standard.

The district court granted the insurer’s motion for summary judgment. If found that the two methods set forth in § 69.43 were “illustrative and not mandatory”—and, therefore, that insurers may use another method for determining whether a charge is “usual and customary,” so long as that method is reasonable and complies with the purpose and spirit of § 69.43. The vendor appealed.

To clarify the meaning of the applicable regulations, the Third Circuit certified the following question to the Supreme Court of Pennsylvania:

May an insurer use methods not specifically identified in Pennsylvania’s [MVFRL] to calculate the ‘usual and customary’ charge for devices and services not listed on the Medicare Fee Schedule for purposes of determining the amount to be paid to providers of those devices and services?

The Pennsylvania court responded earlier this year, in Freedom Medical Supply, Inc. v. State Farm Fire and Cas. Co., 131 A.3d 977 (Pa. 2016).  It found that § 69.43 is ambiguous, but that the district court’s interpretation of the regulation (as “illustrative and not mandatory”) is the one that is most in keeping with the MVFRL’s goals—which the court found to be “providing coverage for injured persons and providing it at a reasonable cost to the purchaser.” The vendor’s approach, on the other hand,

would permit providers of medical goods … not contained on a Medicare fee schedule or the subject of the Medicare contractors’ [i.e., the “carriers’”] data to set their prices and seek reimbursement for essentially any amount they choose to bill. … [S]uch a result could lead to the unjustified inflation of charges …, exhausting accident victims’ coverage limits, and potentially depriving them of benefits for further necessary medical expenses, as well as increasing automobile insurance rates.

The Pennsylvania Supreme Court ruled that the two calculation methods described in § 69.43 are not the only ones an insurer may use, but the court did not address the question of whether the alternative approach taken by the insurer in Freedom Medical is one that satisfies the requirements of the MVFRL. The Third Circuit took up that issue earlier this month.

persons or entities actually rendering treatment in the Commonwealth in connection with claims under a Pennsylvania insurance policy.

Because none of the insurer’s sources of EMSs and whirlpools had submitted bills to the defendant insurer, and because some of them were online outlets located outside of the Philadelphia area, the plaintiff asserted that “these vendors are not Providers under the MVFRL, and they are not part of the market or industry.”

The Court of Appeals disagreed. Quoting the Supreme Court’s dictum that the goals of the MVFRL include providing coverage “at a reasonable cost to the purchaser,” it concluded:

[I]n order for [the insurer] to conduct unbiased research of average prices not subject to inflation, it was necessary to examine providers [that are] not involved in the insurance reimbursement process.

In reaching this conclusion, the court did not refer to evidence the insurer had provided, suggesting vendors that are “involved in the insurance reimbursement process” set prices on the basis of what their competitors are charging. But the court’s ruling is still damning. The plaintiff, after all, claimed to be “at the mid-point” of prices charged by vendors in the insurance market. By ruling that a “usual and customary charge” may be determined without reference to the prices charged by of any of those vendors; and, further, that the “charge most often made” might be less than 10% of what those vendors are charging; the Third Circuit implicitly found that the DME game had been rigged against insurers—at least in the Philadelphia market.

The court designated the opinion in Freedom Medical “not precedential”; the Third Circuit’s Internal Operating Procedures state: “Such opinions are not regarded as precedents that bind the court.” Nevertheless, Federal Rule of Appellate Procedure 32.1 provides that a court “may not prohibit or restrict the citation of … judicial opinions” of this type. Insurers will have a strong incentive to cite this case in the future.

Step-Up, Insurer! Your Step-Down Provision Is Not Triggered

Defining the Contours of Cyber Coverage for Data Breach: a Warning in Arizona