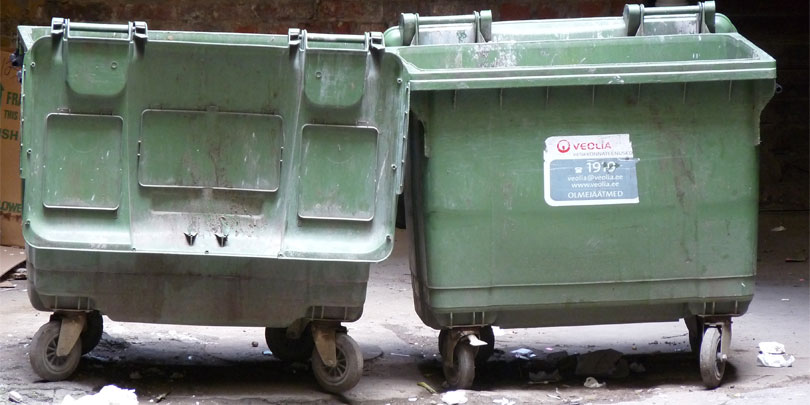 In July 2018, we wrote about an interesting decision out of the Southern District of New York in which a court rejected a claim that an exclusion did not apply because a recycling bin on wheels was a “vehicle” under the applicable “all risks” insurance policy.

We described the district court’s decision that the glorified trash can was not a “vehicle” as a victory for common sense over a claim based on a hypertechnical definition.

To refresh your recollection, 1070 Park Avenue Corp., an apartment building on Manhattan’s Upper East Side, had a gas leak after a bin with wheels used to collect electronic waste hit a gas line when it was being moved. The leak was quickly fixed, but 1070 Park Avenue’s gas system had to pass an integrity test before the gas could be turned back on. 1070 Park Avenue had to spend more than $550,000 on upgrades so that its system could pass that test.

1070 Park Avenue sought coverage under an “all risks” policy issued to it by Fireman’s Fund Insurance Co. The policy, however, included an exclusion for “costs associated … with the enforcement of any law or ordinance that requires the testing of a gas system for integrity.” An exception to the exclusion created coverage if those costs were incurred as a result of “a direct loss causing physical damage to Covered Property from … Aircraft or Vehicles.”

In an effort to avoid footing the major repair bill, 1070 Park Avenue claimed that the recycling bin was a “vehicle” because it had wheels. (“Vehicle” was not defined by the policy.)

The district court rejected 1070 Park Avenue’s argument and granted summary judgment in favor of Fireman’s Fund. In short, and as we discussed in more detail in our prior post, the district court concluded that common sense established that the bin was not a “vehicle.”

The Second Circuit recently affirmed. In a short summary order, the court relied on New York law establishing that “[i]nsurance contracts must be interpreted according to common speech and consistent with the reasonable expectations of the average insured.” An “average insured,” the court explained, “would not reasonably expect that an exemption that refers to ‘aircraft or vehicles’ covers a recycling bin.” The bin’s primary purpose was to “store electronics pending trash collection.” The context of the policy precluded reading “vehicles” so broadly that the bin was included within the scope of that term. In essence, when you lump the word “vehicles” next to the word “aircraft,” you probably don’t intend to convey that everything with wheels is a “vehicle.” The exclusion therefore applied and 1070 Park Avenue was on the hook for the bill.

The moral of this story: Don’t try to use your dictionary to stretch a term beyond what a reasonable insured would believe the term means and what common sense dictates.

War of the Words: Ninth Circuit Reverses Judgment for the Insurer in Rare War Exclusion Case

The Insurer’s Howler, or How Travelers Proved Its Insured’s Case