You are here: Home / Automobile / Step-Up, Insurer! Your Step-Down Provision Is Not Triggered 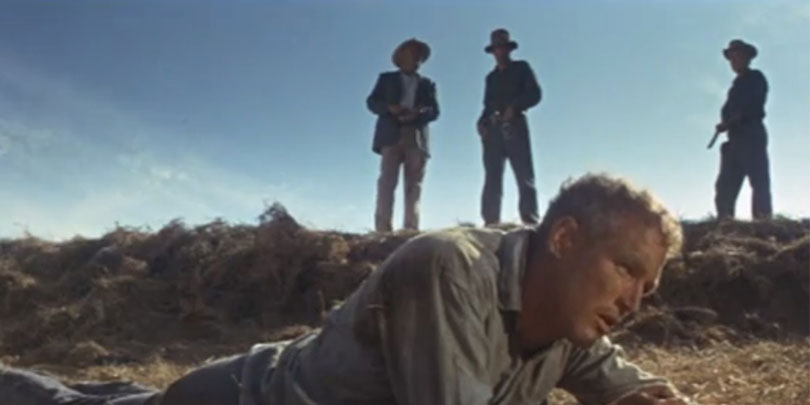 “Sometimes nothin’ can be a real cool hand.”

Where an automobile policy covers someone other than the named insured, a “step-down” provision may subject the amount of available coverage to the limit on “similar coverage” that is imposed by the injured person’s own policy. Sometimes, however, that second policy does not cover a particular risk at all. Last month, in Rivera v. McCray, No. A-2337-14T1 (N.J. App. Div. May 2, 2016), a New Jersey appellate court ruled that the absence of coverage is not the same as a “limit” of zero—and, therefore, that a step-down provision would not prevent the insured from recovering the full amount of underinsured motorist coverage provided by her mother’s policy.

The plaintiff in Rivera was rear-ended and seriously injured while driving her mother’s car. That car was covered under a personal auto policy issued by New Jersey Re-Insurance Company, on which the plaintiff’s mother was the named insured (the “NJR Policy”). The plaintiff settled her personal injury claim with the other driver for his policy’s limit of $15,000. She then sought an additional $85,000 under the NJR Policy, based on that policy’s $100,000 of underinsured motorist coverage.

The NJR Policy contained a step-down provision, which applied under three conditions:

[1] An insured is not the named insured, but is a family member, under this policy;

[2] That [family member] insured is a named insured under one or more other policies providing similar coverage; and

Where all of these conditions were met, then the limit of liability under the NJR Policy would not exceed

the highest applicable limit of liability under any insurance providing coverage to that insured as a named insured.

The trial court awarded summary judgment to the insurer, ruling that the special policy “provided similar coverage” to that of the NJR Policy. Moreover,

On appeal, the Appellate Division acknowledged that step-down provisions are generally enforceable, “even though they may result in differential treatment of similar plaintiffs based on the existence of other available insurance.” But it held that this particular step-down provision did not apply under the facts of this case, because the second of the provision’s three conditions could not be satisfied. That is, the court held that the plaintiff’s special policy did not “provid[e] similar coverage” to the NJR Policy.

Although the NJR Policy did not define the term “similar coverage,” the court found that “the term ‘coverage’ is used in reference to distinct categories of risk,” and so that the second condition is concerned with “the nature of the insured’s other policy,” rather than “the limits of liability of the two policies.” In that connection, the court cited another Appellate Division case, National Union Fire Ins. Co. of Pittsburgh, Pa. v. Jeffers, 884 A.2d 229 (N.J. App. Div. 2005). In Jeffers, a vehicle was “underinsured” under the plaintiff’s personal auto policy, if the limits of the policy that covered the vehicle were inadequate to satisfy a judgment. But the plaintiff was injured while driving his employer’s car, and the employer’s policy defined an “underinsured motor vehicle” as one that was covered by a policy with lower limits. Citing this distinction, the court in Jeffers found that the personal policy provided “excess” UIM coverage, while the employer’s policy provided “gap” coverage. It went on to hold that “excess” and “gap” UIM coverages were not “similar coverage[s]” within the meaning of the step-down provision in the employer’s policy.

On the basis of that reasoning, the court in Rivera held that no coverage cannot be “similar” even to coverage in a minimal amount:

Regardless of whether ‘similar’ as used in the [NJR Policy] means ‘identical’ or allows for ‘some degree of difference,’ [the plaintiff’s] policy does not provide ‘coverage similar to UIM coverage,’ because it does not provide any form of ‘UIM coverage’ whatsoever. Even where two policies provided UIM coverage, we have found the coverage not to be ‘similar’ so as to trigger a step-down provision where one provided gap coverage, and the other provided excess coverage.

The Appellate Division also dismissed the trial court’s concern that it was illogical to treat an insured who purchased no coverage more generously than one who had purchased the minimum amount. For one thing, the court explained, it is impossible to make the step-down provision apply consistently in all cases. After all, if the plaintiff had not owned a car at all, she would still have been entitled to her mother’s UIM coverage, and the step-down provision would not have come into play.

The court went on to argue that denying UIM benefits to the plaintiff would “frustrate[]” her mother’s “reasonable expectations, based on the ‘similar coverage’ condition of the step-down provision.” However, the court did not try to justify that argument by showing that a “reasonable policyholder” would expect “excess” and “gap” UIM coverage to be treated as dissimilar.

A separate term of the policy at issue in Rivera limited the UIM benefits that were available to an insured who did not reside with the named insured. Because the plaintiff’s special policy stated that her address was different from that of her mother, the insurer asserted that term as a second basis for denying coverage. The Appellate Division remanded the case for resolution of that issue.

Whatever the ultimate outcome, this case illustrates that step-down provisions will be stringently enforced against insurers.

Alabama Puts The Mystery Back Into All-Risk Coverage

Round Up The Usual And Customary Suspects: Insurers May Determine UCR Prices By Shopping At Retail Outlets