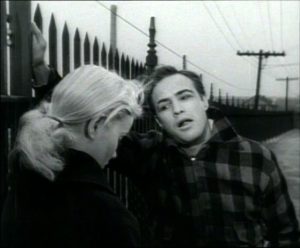 As this blog has reported, a line of cases deciding coverage disputes over faulty workmanship runs against (or, at least, around) a basic rule for interpreting insurance policies.  Under that rule, the scope of coverage is determined by a policy’s insuring clause, which may be narrowed by one or more exclusions.  Exceptions to the exclusions can add back coverage that the exclusions remove, but they cannot create coverage beyond the ambit of the insuring clause.  E.g., West Bend Mut. Ins. Co. v. MacDougall Pierce Const., Inc., 11 N.E.3d 531, 538 (Ind. Ct. App. 2014).  This summer, in Cypress Point Condominium Ass’n, Inc. v. Adria Towers, L.L.C., 226 N.J. 403 (N.J. Aug. 4, 2016), the Supreme Court of New Jersey joined the ranks of courts that honor this principle in the breach.  The court did not hold that a subcontractor exception to a “Your Work” exclusion created coverage; but it did find that the presence of the exception required it to construe the insuring clause more broadly than substantially identical clauses found in policies from which the exception was absent.

The long war over coverage for faulty workmanship is fought in a number of different theaters.  There’s the insuring clause, which forces courts to ask whether mistakes on the job are “accidents,” or just a predictable cost of doing business.  There’s the “Your Work” exclusion and the question of whether the insured is being asked to do anything more than deliver the work he was paid for.  And there’s the underlying complaint—which might appear to sound in “negligence,” but really allege a breach of contract.  See Columbia Ins. Grp., Inc. v. Cenark Project Mgmt. Servs., 2016 Ark. 185 (2016).

The battle in Cypress Point ranged over several of these terrains.  After a luxury condominium complex in Hoboken, New Jersey was completed in 2004, residents complained of roof leaks and water infiltration at interior window jambs and sills.  Water infiltration that occurred after the building had been completed and occupied also caused mold growth and other damage to the buildings’ common areas and interior structures.  The leaks and infiltration were ultimately traced to the defective work of a subcontractor on the project.  The condominium association sued the building’s developers, which sought coverage under two Commercial General Liability policies.  After the insurers denied coverage, the association asserted a claim for a declaratory judgment that the developer was entitled to coverage.

The policies at issue were written on an ISO form created in 1986, providing coverage for “those sums that the insured becomes legally obligated to pay as damages because of … ‘property damage’…caused by an ‘occurrence.’” “Property damage” is defined to include “[p]hysical injury to tangible property including all resulting loss of use of that property.”  An “occurrence” is defined as “an accident, including continuous or repeated exposure to substantially the same general harmful conditions.”

The ISO form also excludes coverage for “‘[p]roperty damage’ to ‘your work’ arising out of it or any part of it and included in the ‘products-completed operations hazard.’” But the form differs from an earlier, 1973 version, in that the exclusion is subject to an exception, which applies “if the damaged work or the work out of which the damage arises was performed on [the insured’s] behalf by a subcontractor.”

In Weedo, the New Jersey Supreme Court held that CGL policies do not provide coverage “where the damages claimed are the cost of correcting the [insured’s allegedly defective] work itself”—as opposed to consequential damages to other structures.  In Firemen’s, an intermediate appellate court went further, holding that an insured’s installation of defective firewalls did not constitute an “occurrence” within the meaning of the policy’s insuring clause.  The court explained that issuers of CGL policies did not assume “‘the risk that the contractor’s work may be faulty and may breach express or implied warranties.”

“[T]he key distinction is the predictability of the harm: damage for breach of contractual warranty is limited and is an expected cost of doing business; liability for injury or damage to a person or property is potentially ‘almost limitless’ and is ‘entirely unpredictable.’ The policy is designed to ensure against the latter risk.

The Appellate Division reversed this decision, finding that the damage claimed by the condominium association fell within the plain meaning of “property damage” and “occurrence.”  Cypress Point Condo. Ass’n, Inc. v. Adria Towers, L.L.C., 441 N.J. Super. 369 (App. Div. 2015).  In reaching that conclusion, the appellate court distinguished Weedo and Firemen’s, on the ground that those cases interpreted the 1973 version of the ISO CGL policy, rather than the 1986 version that was before the court.  The insurers appealed.

The Supreme Court’s analysis began with the question of whether the association had alleged “property damage” within the meaning of the policy.  The court found that the mold growth and other damage to building interiors and common areas, which occurred after the buildings had been completed and turned over to the residents, were “[p]hysical injury to tangible property” within the scope of the policy’s coverage.

The next issue was whether this damage constituted an “occurrence,” which the policies define as an “accident.”  On this point, the insurers invoked  the classic argument that faulty workmanship is not “accidental,” because “it is one of the normal, frequent, and predictable consequences of the construction business.”  They contended that the rule of Firemen’s was still valid, asserting:

“a developer’s failure to ensure that a subcontractor’s work is sound results in a breach of contract, not a covered “accident” (or “occurrence”) under the terms of the policies.

To dispatch this argument, the Supreme Court had to explain why earlier cases interpreting “occurrence” were not controlling.  It did so in two stages.  The first was to note that its own prior decision, Weedo, had not interpreted the term “occurrence” in the 1973 ISO form; that step had been taken only by later cases, such as Firemen’s, that were decided by intermediate appellate courts.

Having declared itself free to interpret the insuring clause of the ISO form as a matter of first impression, the court proceeded to do so.  It found that the common definition of the word “accident” is broad enough to “encompass[] unintended and unexpected harm caused by negligent conduct”—including the conduct of a building contractor.  Perhaps more importantly, however, the court had, by that point in its opinion, already made the following observations about the 1986 form:

“In creating the subcontractor exception to the ‘your work’ exclusion, it has been noted that the ISO was motivated by an agreement between policy holders and insurers

that the CGL policy should provide coverage for defective construction claims so long as the allegedly defective work had been performed by a subcontractor rather than the policyholder itself. This resulted both because of the demands of the policyholder community … and the view of insurers that the CGL was a more attractive product that could be better sold if it contained this coverage. …

“Moreover, the ISO itself ‘confirm[ed] that the 1986 revisions to the standard CGL policy . . . specifically “cover[ed] … damage to, or caused by, a subcontractor’s work after the insured’s operations are completed.”

In short, although the court did not find that the subcontractor exception created coverage, it tacitly followed other courts in finding that the presence of the exception justified a new, broader interpretation of the terms that appeared in the insuring clause.  (The 1973 form contained a slightly different definition of “occurrence” from the 1986 form, but, in Cypress Point, neither the Appellate Division nor the Supreme Court explained how that difference might be relevant to the outcome of the case.)

In Indiana, an Absolute Pollution Exclusion May Exclude Absolutely Nothing