You are here: Home / Property / Suit Limitations Provisions are Enforceable. Except When They’re Not. 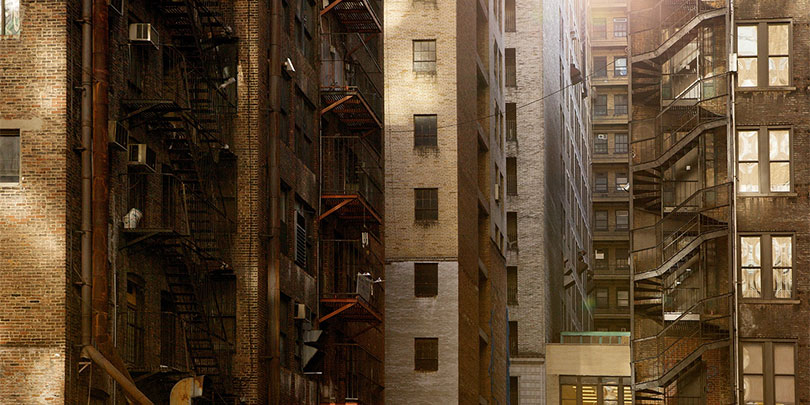 When might a court find a reasonable and enforceable suit limitation provision neither reasonable nor enforceable?  According to New York’s highest court, it’s when the provision would bar a claim to enforce the replacement coverage under a property policy, and where completion of the repairs that constitute the replacement is a condition precedent to the suit.  In Executive Plaza, LLC v. Peerless Ins. Co., 5 N.E.3d 989, 990 (N.Y. 2014), the Court of Appeals of New York, answering a certified question from the Second Circuit, held that a two-year suit limitation period—which has been upheld in other circumstances—is “unreasonable and unenforceable”  when “applied to a case in which the property cannot reasonably be replaced in two years.”

In this case, a fire destroyed the insured office building on February 23, 2007.  The insured immediately retained both an architect and construction company, and the insurer paid the actual cash value of the property the following July.  To rebuild, the insured had to obtain a variance and certain forms of consent from local government entities.  Although the application for review was first submitted in June 2007, a final building permit did not issue until November 2008, and the property was not “substantially replaced” until October 2010.

The insurance policy at issue contained a two-year suit limitation provision which provided:

No one may bring a legal action against us under this insurance unless:

The “terms of … insurance” to which the limitation provision referred included procedures by which the insured could seek replacement cost coverage after receiving the actual cash value of the damaged property.  Replacement coverage required the satisfaction of two conditions:

On February 23, 2009, before it had finished rebuilding, but within the two-year suit limitation period, the insured filed suit in federal court against the insurer to recover replacement costs.  Because construction was not complete, the district court dismissed the claim as not yet ripe.

After the property had been substantially rebuilt, the insured once again sought replacement cost coverage under the policy.  The insurer rejected the demand, and the insured filed suit again.  This time, the district court dismissed the action as time-barred (under the terms of the policy), and the insured appealed to the Second Circuit.  The Second Circuit noted the tension between the suit limitation and replacement cost provisions, and it certified the following question to the New York Court of Appeals:

Is an insured covered for replacement costs if the insured property cannot reasonably be replaced within two years?

For the Court of Appeals, it All Depends …

As indicated above, the state court answered the certified question in the affirmative.  In reaching its decision, the Court of Appeals recognized that “an agreement which modifies the Statute of Limitations by specifying a shorter, but reasonable, period within which to commence an action is enforceable.”  Moreover, there is nothing inherently unreasonable about a two-year suit limitation provision; indeed, the court acknowledged that New York courts have enforced shorter suit limitation periods.  Thus, the issue was not with the duration of the suit limitation period, but with having the period begin to run from the date of loss.  The court explained:

It is neither fair nor reasonable to require a suit within two years from the date of the loss, while imposing a condition precedent to the suit—in this case, completion of replacement of the property—that cannot be met within that two-year period. A ‘limitation period’ that expires before suit can be brought is not really a limitation period at all, but simply a nullification of the claim. It is true that nothing required defendant to insure plaintiff for replacement cost in excess of actual cash value, but having chosen to do so defendant may not insist on a ‘limitation period’ that renders the coverage valueless when the repairs are time-consuming.

The court quoted Judge Crane’s dissenting opinion in Continental Leather Co. v. Liverpool, Brazil & Riv. Plate Steam Nav. Co., 182 N.E.207 (N.Y. 1932), for the proposition that: “[T]he period of time within which an action must be brought . . . should be fair and reasonable, in view of the circumstances of each particular case. . . . The circumstances, not the time, must be the determining factor.”

With the certified question answered in the affirmative, the case was returned to the Second Circuit, which remanded the case to the district court “to address the factual questions of whether [the insured] could reasonably replace the damaged property within two years and whether it replaced the property ‘as soon as reasonably possible.’”  Executive Plaza, LLC v. Executive Ins. Co., 2014 WL 929092 (2d Cir. Mar. 11, 2014).

Wait til Next Time

It remains to be seen whether the ruling of the Court of Appeals will erode the certainty an insurer expects in applying suit limitation periods.  In Executive Plaza, the terms of the replacement cost provision invited a case-by-case inquiry—they stated that repairs had to be completed “as soon as reasonably possible”—and the evidence created a genuine issue about whether the insured had acted diligently, both in effecting the repairs and in seeking timely resolution of the coverage issue.  Future cases might involve policies requiring that repairs be completed (for example) within two years; in those cases, will the court also find that enforcement of the suit limitation provision depends on the resolution of questions of fact?  And what other fact patterns, besides the timeliness of the repairs, might have the effect of making a straightforward, two-year limitation period “unreasonable”?

Until the courts answer those questions, insurers will need to look carefully at the facts and circumstances before assuming they can rely on suit limitation periods to avoid paying a replacement cost claim made outside the limitation period.  Moreover, this holding would seem to counsel in favor of on-going dialogue between the insured and insurer during the rebuild process and, perhaps, a tolling agreement with respect to the suit limitation period.

Peeking Around Four Corners: Wisconsin Insurers Have Found a Way to Use Extrinsic Evidence to Excuse the Defense of Pending Claims

If the Suit Fits: A Washington Court Clarifies Triggers for the Duty to Defend