You are here: Home / Duty to Defend / Accidentally On Purpose: Washington Court Finds Coverage For Contempt Of Court Based On “Misunderstanding” 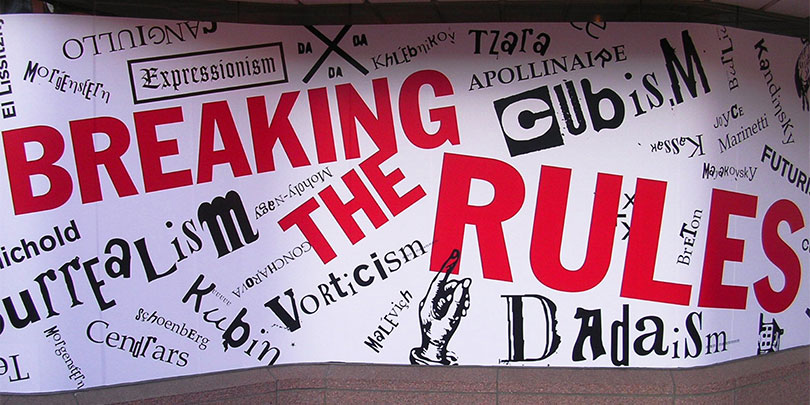 Professional liability policies cover claims based on the insured’s alleged negligent acts, errors or omissions, and not claims for “sanctions or penalties” for “willful” professional misconduct.  But the insurer’s duty to defend is very broad.  Recently, a debtor in a bankruptcy proceeding filed a motion against the attorney for a judgment creditor, seeking to have her held in civil contempt for an allegedly “willful” violation of a discharge injunction.  In Gauthier v. Twin City Fire Ins. Co., No. C14-693 (W.D. Wash. Aug. 11, 2015), a federal court in Washington ruled that the attorney’s liability insurer owed a duty to defend the claim, because the insurer was unable to convince the court the claim was “clearly not covered by the policy.”

William Taylor drowned in a boating accident in 2005.  William’s minor son was the primary beneficiary of his estate, but William also had several non-probate assets (a retirement account and several insurance policies) of which his brother, Charles, was the beneficiary.  Charles disposed of these assets shortly after his brother’s death.

In 2006, William’s ex-wife, Patricia Caiarelli, brought an action in Washington for a declaration that her son was entitled to the assets that had been distributed to his uncle.  The court entered a $1.9 million judgment against Charles and in favor of William’s estate.  The court also appointed the personal representative of the estate to be the sole person authorized to enforce the judgment.  When the personal representative assigned the judgment to Ms. Caiarelli, Charles sought a declaration that the assignment was void.  But before the court could rule on that application, Charles also filed for Chapter 11 bankruptcy protection in the Northern District of Illinois.  The bankruptcy filing automatically stayed the Washington proceedings.

In 2012, Ms. Caiarelli brought an adversary proceeding in the Illinois bankruptcy court, asserting that the Washington judgment was not dischargeable in bankruptcy.  In response, Charles argued that Ms. Caiarelli lacked standing, because the Washington judgment had not been assigned to her properly.  The bankruptcy court agreed: it dismissed the adversary proceeding for lack of standing, and, soon thereafter, it confirmed Charles’s plan of reorganization and discharged his past debts.

A bankruptcy court’s discharge of a debtor’s obligations

operates as an injunction against the commencement or continuation of an action, the employment of process, or an act, to collect, recover or offset any such debt as a personal liability of the debtor … .

11 U.S.C. § 524(a).  Nevertheless, Ms. Caiarelli’s attorney, Madeline Gauthier, returned to the probate court in Washington and filed a successful motion to ratify the assignment of that court’s judgment.

they knew of the post-discharge injunction and intended the acts that violated the injunction.

The court awarded “sanctions in the form of compensatory damages” in a total amount of $166,000—the amount of Charles Taylor’s attorneys’ fees and costs

out of a negligent act, error, omission or personal injury in the rendering of or failure to render professional legal services for others by [the insured].

Ms. Gauthier and her firm tendered the defense of the bankruptcy matter after the contempt motion had already been briefed.  Shortly after the court’s ruling, the insurer disclaimed coverage, having concluded that the debtor’s allegations about the attorneys’ purported contempt could not conceivably trigger coverage.  Two months later, however, the insurer agreed to reimburse past defense fees and costs and to provide a defense, subject to a reservation of rights.

The defense was successful:  the contempt ruling was reversed by the district court in July 2014, and that decision was affirmed one year later, in In re Taylor, 793 F.3d 814 (7th Cir. 2015).  The reversal turned on an interpretation of the Bankruptcy Code—specifically, on whether the attorneys’ application to the Washington probate court was an attempt to “collect, recover, prosecute or satisfy” a judgment, within the meaning of Section 524(a).  Both the district court and the Seventh Circuit held that it was not—and, consequently, that the attorneys had not violated the relevant injunctions.

In April 2014—that is, while the initial appeal from the contempt order was still pending—Ms. Gauthier and her firm filed an action against their insurer for breach of contract, common law bad faith and violations of the Washington Consumer Protection Act and the Washington Insurance Fair Conduct Act.  In their complaint, the attorneys alleged that their legal strategy had been based on a misunderstanding: the lawyers allegedly misinterpreted statements that the bankruptcy court had made in the course of dismissing the adversary proceeding, taking them to mean it would be “acceptable” to seek ratification of the assignment from the probate court in Washington.

While denying all of the attorneys’ claims, the insurer moved for partial summary judgment only on the issue of whether it had a duty to defend or indemnify under the policy.  The court ruled on that motion shortly after the Seventh Circuit confirmed that the attorneys had not been guilty of contempt.  In light of that ruling, it held that the claim based on the duty to indemnify had become moot.

Washington’s courts have established that the duty to defend “arises at the time an action is first brought,” Truck Ins. Exch. v. VanPort Homes, Inc., 58 P.3d 276 (Wash. 2002), and that it “is determined from the ‘eight corners’ of the insurance contract and the underlying complaint.”  Expedia, Inc. v. Steadfast Ins. Co., 329 P.3d 59 (Wash. 2014).  Despite this authority, the decision of the court in Gauthier purported to be based on (i) the final ruling in the underlying action and (ii) the allegations in the subsequent coverage action.

[T]here is a reasonable interpretation of the facts and law that could have resulted in coverage.  The bankruptcy court’s award … to the debtor was alternately labeled ‘sanctions’ and ‘compensatory damages’ by the Court.  This created ambiguity under the policy’s broad definition of covered damages; such ambiguity must be liberally construed in favor of triggering the insurer’s duty to defend. …

To be clear, the bankruptcy court’s award had already been issued at the time the insurer in this case decided (temporarily) not to provide a defense.  But it is still hard to see how that award could render the policy “ambiguous”—especially since the award also included an express finding that the attorneys had committed a “willful” violation of the court’s injunction.

The policy excludes “sanctions” from the definition of “damages,” and the court seems to be saying that one could reasonably read the word in a way that does not apply to a judicial order that punishes litigation misconduct with an order to pay damages.  But the court did not try to explain why that might be so.  Is a punishment for contempt that includes payment of attorneys’ fees any less of a “sanction” or “penalty” than a simple fine?

Furthermore, even if the “sanctions” exception to the definition of “damages” did not apply, the policy covers only those “damages” that are caused by a “negligent act, error [or] omission.”  Therefore, even the supposed ambiguity involving “sanctions” would not bring the “damages” in this case within the scope of the policy’s insuring clause.

The court addressed that problem in this way:

Although Defendant points to the alleged willful nature of Plaintiffs’ actions as a reason to deny coverage, Plaintiffs have argued from the beginning that their actions were based on a misunderstanding of the bankruptcy court’s comments at a hearing.  Construed liberally, Plaintiff’s actions could reasonably be interpreted as ‘a negligent act, error, [or] omission.’

This portion of the court’s opinion cites the insureds’ complaint in the coverage action itself.  Rather than look to the “eight corners” of the insurance contract and the underlying complaint (or even to the underlying award, which confirmed that the attorneys had acted “willfull[y]”), the court in Gauthier determined the duty to defend on the basis of the insureds’ subsequent claims about their own conduct.  It was that conduct—rather than the language of the policy or the underlying pleadings—that the court decided to “construe[] liberally.”

Professional liability coverage protects attorneys who make honest mistakes in the course of interpreting legal resources.  In Gauthier, the debtor alleged—and the bankruptcy court held—that the attorneys had knowingly violated an express court order.  The district court found that the violation could “reasonabl[y]” be considered to be the result of an honest mistake.  In other contexts, however, intentional acts based on legal errors do not trigger the duty to defend under liability insurance policies.  E.g., Group voyagers, Inc. v. Employers Ins. of Wausau, 66 Fed.Appx. 740 (9th Cir. 2003).

As a result of this ruling, the plaintiffs in Gauthier can force their insurer to defend a claim for consequential damages they allegedly suffered while their insurer defended their case successfully.  Other insureds will also be tempted to assert a right to a defense based on allegations outside the underlying pleadings.

Phishing for Cybersecurity Coverage: When is a Fraud a “Computer Fraud”?