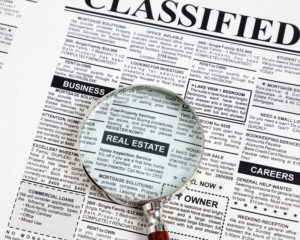 In April, a federal district court in the Western District of Washington issued a decision in National Union Fire Insurance Co. v. Zillow, Inc. While at first blush, it may seem only of interest to those who work with media policies, this decision has potential broader application. In short, the decision rejects the argument that a demand letter and subsequent litigation based on the facts asserted in the demand letter are separate claims and thus should be treated as such for claim evaluation purposes. While policyholders have successfully convinced courts in other jurisdictions to accept the opposite position, the decision in Zillow provides a helpful counterweight.

How much is my suit worth? Zestimate: $8 Million

In July 2014, VHT, Inc., a property photography company that may or may not have been founded by avid viewers of the cable classic TV-series Behind the Music, sent Zillow a demand letter, asserting that “Zillow was misusing VHT’s images and demanding that Zillow,” in the words of the opinion, “immediately take those images down.”

According to National Union, Zillow did not remove the images, and about a year later, VHT filed suit against Zillow for infringement. Using, among other things, the demand letter itself, VHT obtained an $8 million jury verdict against Zillow.

In defense, Zillow contended “that the 2014 demand letter was a separate ‘Claim’ from the VHT litigation and therefore Zillow’s failure to report the 2014 letter should not affect National Union’s obligation to cover the timely-reported VHT litigation,” arguing: (1) the policy’s use of the word “or” in the definition of “Claim” makes the claims different, (2) there are differences in the demand letter and litigation, and (3) National Union could have used other language.

The court rejected the “or” argument, finding:

Zillow gives too much weight to the term “or,” the use of which is required by basic grammatical considerations. If National Union had used the term “and” in place of “or,” the clause would require National Union to cover only those claims where there had been a demand letter and a lawsuit. Further, the definition of “Claim” is necessarily broken into two clauses. . . .The first clause is modified by the term “written demands,” followed by the categories of demands that qualify as a Claim under the Policy. . . . The second clause includes only the term “Suit,” which is not modified by “written demands,” and therefore must be separated from the first clause.

In doing so, the court dismissed a contrary result in the Northern District of Georgia decision Cox Communications, Inc. v. National Union Fire Insurance Co., reasoning that “the court’s analysis in Cox did not address this argument” and that “[c]ourts that have addressed Zillow’s argument regarding the disjunctive use of the term ‘or’ have rejected it.”

Next, the court disagreed with Zillow’s argument “that the demand letter is not related enough” to the litigation, finding that the “VHT complaint alleges identical facts,” which was more than sufficient to satisfy the “relevant question [of] whether the two Claims involve the same relevant acts.”

The court essentially sidestepped Zillow’s argument that the policy lacked “commonly used language that would have defined the 2014 letter as part of the same Claim as the litigation” by finding that Zillow “ignore[d] Policy language that highlights the importance of the Policy’s ‘Claims first made’ provision.’” But the court found that, among other things, Zillow ignored the policy’s language providing National Union the “rights to direct the court of any Claim,” “direct the potential litigation in this case,” “the opportunity to settle a claim, with the insured’s consent, and the right to investigate any Claim.”

Is the Ninth Circuit on Board?

Attention now turns to the Ninth Circuit Court of Appeals, as Zillow appealed the decision. Should the Ninth Circuit affirm, insurers will have at their disposal an opinion providing a strong affirmation of the insurer’s contractual rights in the face of an insured’s multimillion dollar jury verdict.