You are here: Home / Archives for Homeowners 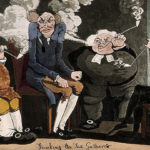 In Julien v. United Prop. & Casualty Insurance Company, 45 Fla. L. Weekly D2199 (Fla. 4th DCA Sept. 23, 2020), Florida’s Fourth District Court of Appeals affirmed the dismissal of a first-party bad faith lawsuit due to the lack of specificity in the pre-suit civil remedy notice of insurer violations filed by the insured. Overview of Civil Remedy Notice Requirement In Florida, first-party bad faith claims are a creature of statute. No cause of action exists under ... END_OF_DOCUMENT_TOKEN_TO_BE_REPLACED 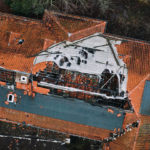 The Florida Third District Court of Appeal recently ruled that an insurer did not waive its right to appraisal after choosing to cover only part of a property damage loss claimed by its insured. The case, People's Tr. Ins. Co. v. Farua Portuondo, No. 3D20-266 (Fla. 3d DCA Oct. 7, 2020), involved a property damage claim regarding alleged damage sustained to the insured's home following Hurricane Irma in September 2017. In December 2018, Farua Portuondo first reported ... END_OF_DOCUMENT_TOKEN_TO_BE_REPLACED 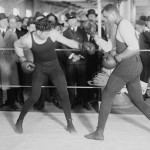 Insurance companies typically incorporate intentional harm exclusions into their homeowners’ insurance policies, which allow them to deny coverage where the insured intentionally causes bodily injury or property damage. Policies also often include an exclusion for physical abuse and molestation. However, as the Massachusetts Supreme Judicial Court held in Dorchester Mutual Insurance Co. v. Timothy Krussell et al., No. SJC-12856 (Mass. Aug. 13, 2020), an attempt by an ... END_OF_DOCUMENT_TOKEN_TO_BE_REPLACED 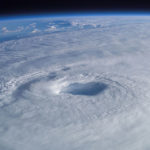 Various homeowner’s insurance policies contain an appraisal clause that a carrier or insured may invoke in situations where there is a dispute in damages between the parties. However, a court may determine that a party who is seeking to invoke an appraisal clause has waived its right to appraisal by not invoking the appraisal clause timely, or by taking actions inconsistent with appraisal in litigation. In a recent opinion by a Florida appellate court, People’s Trust ... END_OF_DOCUMENT_TOKEN_TO_BE_REPLACED 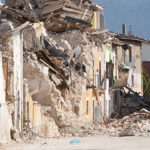 In S.O. Beach Corp. v. Great American Insurance Company of New York, No. 18-1967 (11th Cir. Oct. 31, 2019), the Eleventh Circuit affirmed the district court’s grant of summary judgment in full to the insurer, finding there was no ambiguity in the all-risk policy’s definition of a “collapse” as “an abrupt falling down or caving in of a building or any part of a building with the result that the building or part of the building cannot be occupied for its intended purpose” ... END_OF_DOCUMENT_TOKEN_TO_BE_REPLACED 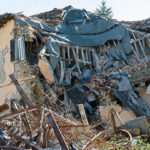 A year ago, we wrote about a rapidly emerging area of insurance litigation in Connecticut: crumbling foundations. As a quick recap, tens of thousands of homes in northeastern Connecticut built over a span of more than 30 years may have been constructed with defective concrete that causes basement walls to prematurely deteriorate and eventually become structurally unsound. The Crumbling Foundation Crisis The problem, known as alkali-silica reaction (ASR), is the result ... END_OF_DOCUMENT_TOKEN_TO_BE_REPLACED 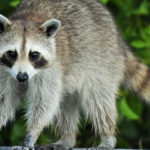 I am willing to go out on a limb and say that if asked whether an animal, say, a raccoon, is capable of committing malicious criminal acts, most humans would agree that the issue is beyond dispute. But, alas, most humans would be wrong (apparently it very much can be disputed). There is good news, however. The nation’s courts have been quietly tackling the issue, and, thankfully, they have been able to allay any fear of a raccoon uprising occurring in the near future. A ... END_OF_DOCUMENT_TOKEN_TO_BE_REPLACED 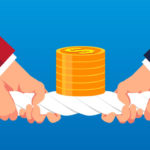 Many homeowners insurance policies allow the insurer or the insured to invoke appraisal to resolve disagreements about the amount of the loss. Nonetheless, when one party invokes appraisal, the other party will sometimes refuse to participate in the process, forcing the party invoking appraisal to obtain a court order compelling the other party to participate. Fortunately, the recent decision in Underwriters at Lloyd's, London, ICAT Syndicate 4242 v. Sorgenfrei, No. ... END_OF_DOCUMENT_TOKEN_TO_BE_REPLACED 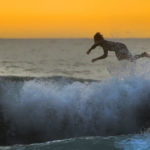 What happens when an insurer presents evidence at trial that supports the insured's case? Answer: The evidence can be used to sustain the jury verdict for the insured-plaintiff. That is the lesson learned by Travelers in the Connecticut Supreme Court, despite: (1) Travelers' moving for directed verdict after the plaintiff's case-in-chief; (2) the trial court's reserving its ruling until after the defense's case; and (3) Travelers' renewing its motion for directed ... END_OF_DOCUMENT_TOKEN_TO_BE_REPLACED 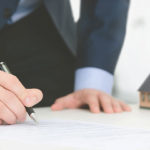 Insurance policies are designed to indemnify an insured by putting the policyholder in the same position he or she would have been in had no loss occurred. In the context of property insurance policies, damaged property is typically valued based on its estimated actual cash value (ACV) if it is not repaired or replaced. In order to calculate ACV, an insurer will often calculate the replacement cost (RCV) based on the cost to repair or replace the property with materials ... END_OF_DOCUMENT_TOKEN_TO_BE_REPLACED