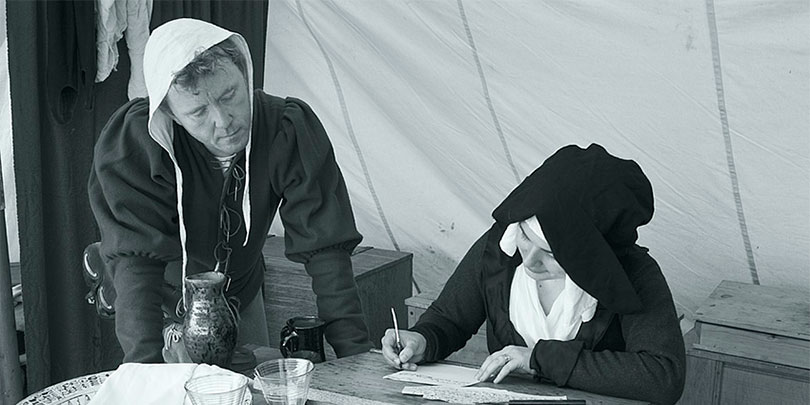 It is, of course, an indispensable part of a scrivener’s business to verify the accuracy of his copy, word by word.

October 29 marked the second anniversary of Superstorm Sandy’s assault on New York and New Jersey.  Although the insurance litigation arising from this storm is just beginning, we have already seen a number of decisions out of New York that limited coverage, based on applicable flood sublimits. Last month, in Cammeby’s Management Company, LLC v. Affiliated FM Insurance Company, No. 13-cv-2814 (S.D.N.Y. Sept. 16, 2014), the issue was not whether to apply the sublimit in question, but what the amount of that sublimit should be.  Although the policy declared the limit to be $30,000,000, the Southern District of New York found that the declaration represented a “mutual mistake,” based on a $20 million “scrivener’s error.”

Sometime later, Cammeby’s discovered that the policy stated several location addresses incorrectly.  Therefore, the policy was endorsed again.  But Endorsement 3 did not just correct the addresses.  The employee who prepared Endorsement 3 testified that she copied and pasted the information she required from the original policy form, rather than from Endorsement 1.  As a result, Endorsement 3 reflected the original, $30 million sublimit.

Superstorm Sandy caused damage to the insured properties in excess of $30 million, and Cammeby’s sought coverage in the entire amount reflected in Endorsement 3.  Affiliated, however, maintained that the parties had not intended to increase the sublimit after Endorsement 1 was issued. Affiliated refused to provide coverage in excess of $10 million.  Cammeby’s sued for breach of contract, and Affiliated asserted a counterclaim for reformation.

It was uncontested that Endorsement 3 reflected a $30 million coverage sublimit, and that the insured had proven, as a matter of law, the elements of its breach of contract claim.  The question was whether Affiliated could prove the equitable defense of mutual mistake, which would entitle it to have the policy reformed in a way that reflected the lower amount it had paid.  During the trial, the parties disagreed about whether the issue of mutual mistake was for the court, or the jury, to decide.  Applying New York law, Judge Jed Rakoff ultimately ruled that mutual mistake is an equitable defense to be decided by the court.  But Judge Rakoff also submitted the issue to the jury for an advisory verdict.

To prevail on its defense, Affiliated had to demonstrate mutual mistake by clear and convincing evidence.  After reviewing the evidence and supplemental submissions by the parties, the court determined that Affiliated had met that standard.

The Court found that Endorsement 3 was issued solely to correct errors in the addresses of the covered locations, not to increase the coverage sublimit.  The Court credited the testimony of Affiliated’s witness that information had been cut and pasted without intent to increase coverage, and it rejected the alternate accounts that Cammeby’s proposed to explain the purpose of the endorsement.  Particularly persuasive to the Court was the fact that Affiliated had charged no additional premium for the additional $20 million in coverage which would apply in the absence of mistake.

But Affiliated’s reformation claim was based on “mutual mistake,” and a unilateral scrivener’s error is not enough to establish that defense.  Affiliated also had to prove, by clear and convincing evidence, that the final, written agreement between the parties “reflected the objectively manifested intent of neither party to the agreement.”  In determining whether there was a mutual mistake,

there is a heavy presumption that a deliberately prepared and executed written instrument manifests the true intention of the parties.

Therefore, Affiliated had to prove that Cammeby’s, through the acts of its agents, had itself “manifested its intent … to maintain only a $10 million coverage sublimit.”

And, indeed, the court found that Cammeby’s had sufficiently manifested the requisite intent.

To begin with, the court found that Cammeby’s had given its broker, Alliant, apparent authority to act on its behalf.  Affiliated issues and modifies policies only by working with its insureds’ agents, Cammeby’s had selected Alliant to secure and modify the coverage at issue, and Alliant had represented Cammeby’s in multiple other insurance decisions involving Affiliated.  Moreover, under New York law (as is generally the case), an insurance broker is considered the agent for the insured for purposes of securing insurance coverage.  In addition,

where a broker acts generally as an agent of the insured for purposes of procuring coverage, the agent is vested with apparent authority based on the insured’s conduct, which gives the broker the power to bind the insured as to a third party in similar contexts.

The court further found that Alliant had “manifested” an intent to maintain only $10 million in coverage.  Indeed, a senior vice president at Alliant testified that Alliant never asked Affiliated to reinstate the $30 million coverage sublimit, after it had been lowered to $10 million by Endorsement 1.

Based on the evidence presented, the Court found, as had the jury, that Affiliated had proven by clear and convincing evidence that Endorsement 3 to the policy contained a mutual mistake as to the amount of coverage available.  Therefore, Affiliated was entitled to the equitable remedy of reformation to reflect the intended coverage sublimit of $10 million.

Reformation is not designed for the purpose of remaking the contract agreed upon but, rather solely for the purpose of stating correctly a mutual mistake shared by both parties to the contract; in other words, it provides an equitable remedy for use when it clearly and convincingly appears that the contract, as written, does not embody the true agreement as mutually intended.

Don’t cry for Cammeby’s.  While it lost on its contract claim against Affiliated, it won on its tort claim against Alliant.  Unfortunately for Alliant, the jury found – in a non-advisory capacity, as ultimate fact-finder – that Alliant’s negligence caused the $20 million reduction in coverage, and that it had failed to prove its affirmative defense of ratification.

McCarran-Ferguson vs. the FAA: Judge Posner Declares TKO in Favor of Arbitration