You are here: Home / Allocation / New Jersey Appellate Court Keeps “Running Spigot” Open on Allocation of Defense Costs Under Non-Eroding-Limit Fronting Policies (and Other Spooky Tales from the Towers of Coverage Past) 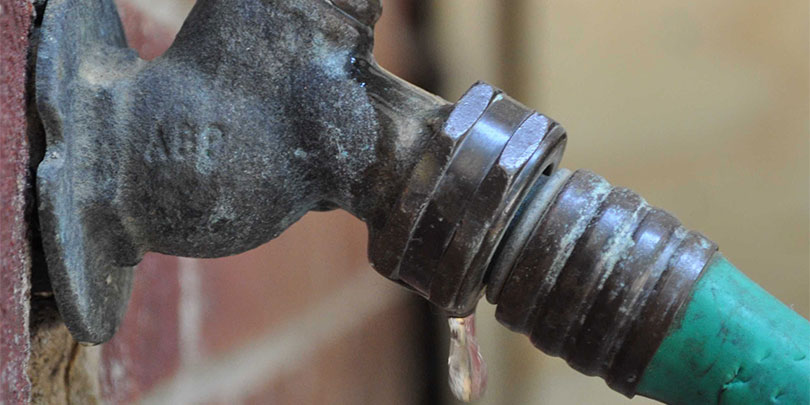 New Jersey’s Appellate Division recently affirmed each of several challenged rulings rendered in a long-running coverage dispute between plaintiff IMO Industries and its many historical insurers arising from asbestos exposure-related injuries dating back to the 1940’s. IMO sought declaratory and other relief to establish IMO’s and the defendant insurers’ respective obligations for defense and indemnity of underlying personal injury lawsuits against IMO.

Plaintiff IMO originated in 1901 as the Delaval Steam Turbine Company. It manufactured turbines, pumps, gears, and other machinery.  In some of Delaval’s products manufactured from the 1940s to the 1980s, component parts contained asbestos, to which its workers and others were exposed.  When they later developed personal injuries as a result of the exposure, they looked to IMO for recovery, and IMO looked to its insurers.

Over the years, IMO purchased a total of $1.85 billion in insurance coverage from all the defendant insurers. While it was undisputed that that amount was sufficient to pay for its anticipated liabilities and defense costs, IMO nevertheless initiated litigation to establish its rights under the policies, particularly its obligation for what it deemed to be “limitless” defense costs under certain “fronting” policies issued from 1977-1981, which were issued to cover IMO’s self-insured retention during those years.  Various insurers named as defendants brought other insurers into the suit, and after many years of litigation, the trial court was left with a number of parties, claims, and cross-claims which it resolved in 2011 after a bench trial.

The trial court, applying the allocation methodology prescribed by Owens-Illinois, Inc. v. United Insurance Co., 138 N.J. 437 (1994), and Carter-Wallace, Inc. v. Admiral Insurance Co., 154 N.J. 312 (1998), made a number of rulings that were challenged on appeal, including: (1) IMO’s challenge to the ruling that certain “fronting” policies issued from 1977-1981 left IMO on the hook for defense costs “outside the limits” (i.e. beyond the policy limits) until the indemnity limits of those policies were reached under a “horizontal exhaustion” allocation method; and (2) certain excess insurers’ challenge to the ruling allocating on an “annual” basis, the pro-rata number of occurrences (under a “continuous trigger” theory) to multi-year excess policies.

Owens-Illinois … first established the “continuous trigger” theory of insurance coverage for long-tail environmental losses, such as exposure to asbestos. The Court defined the term “occurrence” in liability policies to mean a separate triggering event for insurance coverage in each year from the time a claimant alleging injury was first exposed to asbestos until manifestation of an asbestos-related disease or until insurance coverage became unavailable. The Court also established a pro-rated model for the allocation of coverage responsibilities among multiple insurers based on an insurer’s time on the loss and limits of risk coverage in the policies. (citations omitted).

It then noted that the Court in Carter-Wallace extended the Owens-Illinois allocation methodology to include excess insurers, and held that policies should be exhausted “vertically” in each year of coverage applicable to a claim rather than all primary insurance policies being exhausted “horizontally” first across the range of “triggered” coverage years before excess insurers’ policies would attach. (Id).

The Appellate Division was confronted, however, with some novel issues. First, it had to analyze the impact of Owens-Illinois “horizontal” exhaustion on certain fronting policies issued between 1977 and 1981 by defendant TIG – a subsidiary company to IMO’s then-parent corporation, Transamerica, which performed certain insurance administrative service functions for its subsidiaries, including IMO.  Second, it had to determine whether the trial court erred in holding that certain excess policies with multi-year terms were properly allocated the correct share of the total number of occurrences, by allocating them annually, rather than by policy term.

From 1977 to 1986, Transamerica, which had acquired IMO, purchased first-layer excess insurance coverage for IMO. These policies required self-insured retentions (SIRs). To cover the SIRs, Transamerica purchased insurance policies from TIG, referred to as “fronting policies,” because they allowed IMO to obtain insurance certificates showing full coverage for all losses in order to satisfy threshold limits for its excess coverage, but there was no actual risk assumed by the insurance carrier, TIG, because IMO retained that risk.

IMO characterized this as an “open spigot” obligation which was potentially never-ending, and which contravened the terms of the fronting policies.  It had amicus support for its position, but the Appellate Division affirmed, noting:

To allay some of the fears expressed by amicus curiae, the exhaustion decision in this case is closely tied to its facts. We reach no general conclusion that an insurer’s obligations to cover defense costs and other litigation expenses through an “outside the limits” policy is limited by the maximum amount of indemnification coverage provided in that policy. In the context of crafting a fair though imprecise allocation model for long-tail claims, our Supreme Court has allowed that a policy term that is contrary to the [Owens-Illinois] model may “drop[ ] out of the policy.”

Another key issue that the Appellate Division affirmed the trial court on was its decision to allocate the number of occurrences, under a contiguous trigger theory, horizontally across the policies in effect during the years of exposure alleged, on an annual basis, rather than a per-policy term basis.  This meant, however, that certain excess policies that covered four year policy terms, were allocated the same number of occurrences as if four separate, single-year policies had been issued.  The excess insurers that issued these policies argued that such an allocation violated the terms of the policies, and frustrated the parties’ reasonable expectations under the policies, as the four-year policies had been underwritten based on the likelihood of occurrence on a per-every-four-year basis, rather than on an annual basis, and set per-occurrence limits based on this understanding, as reflected by the terms of the policies.

The Appellate Division rejected the excess carriers’ arguments, and again affirmed the trial court, citing Owens-Illinois, even though it acknowledged that its ruling contravened the terms of the excess policies at issue:

Were it not for the pro-rata methodology adopted in Owens-Illinois, each asbestos claim filed against IMO that triggered the [multi-year excess] policies would be treated as a separate occurrence subject to the per-occurrence limit for the entire multi-year terms of the policies. The aggregate limits of the policies would control the insurers’ total liability on the claims.  Owens-Illinois changed the ground rules and classified all asbestos claims made in a year as a single occurrence.  If all three years were to be viewed as a single occurrence, the insured would be deprived of the annual aggregate limits of the policies.  Because the imposition of per-occurrence limits in multi-year policies contravenes the goals of the pro-rata methodology established in Owens-Illinois, such limits are unenforceable as specifically written. Judge Muir’s decision adopting annualized application of the per-occurrence limits of the ACE and LMI multi-year policies is a fairer allocation of the risks transferred and assumed by those policies. (emphasis added).

The Appellate Division addressed a number of other issues particular to the litigation in a far-ranging 110-page opinion, but in the two above rulings, the court managed to frustrate both policyholders and insurers with separate rulings, both of which it acknowledged contravened applicable policy language, leaving policyholders and insurers alike with the same question: trick or treat?  We’ll soon see if the New Jersey Supreme Court might take another stab at some of these questions.

My Advice? Pay Me!