You are here: Home / Damage/Loss / There’s A Problem With Your Reservation: Citing Reservation of Rights, Mississippi Court Nullifies “Defense Within Limits” Provision 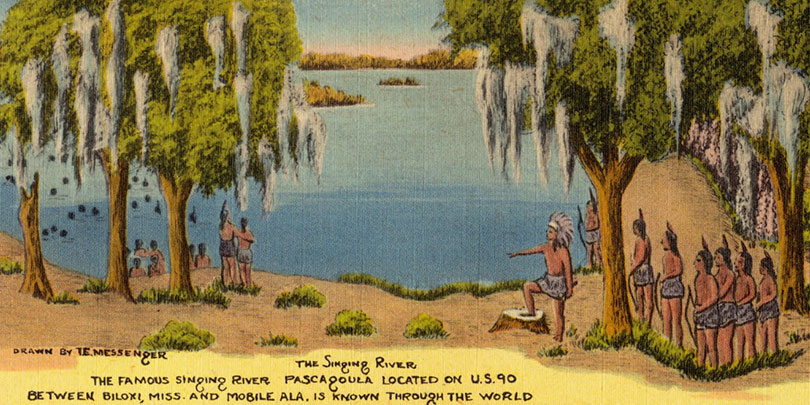 When liability insurers have reasonable questions about coverage, courts traditionally encourage them to defend their insureds, subject to a reservation of rights. E.g., Drawdy v. Direct Gen. Ins. Co., 586 S.E.2d 228 (Ga. 2003) (“[b]y acting in this manner, the insurer eliminates any detriment to the insured …”). But the decision to reserve can have serious, negative consequences for the insurer. In some states, a reservation is deemed to create a conflict between insurer and insured, which requires the insurer to retain independent counsel—and which can significantly increase the cost of the defense. See, e.g., Hartford Cas. Inc. Co. v. J.R. Marketing, 61 Cal.4th 988 (2015). Several courts have also held that a reservation waives the insurer’s right to withhold consent to settlement of the underlying claim. E.g., Babcock & Wilcox Co. v. American Nuclear Insurers, 76 A.3d 1 (Pa. 2015); Patrons Oxford Ins. Co. v. Harris, 905 A.2d 819 (Maine 2006); Kelly v. Iowa Mut. Ins. Co., 620 N.W.2d 637 (Iowa 2001).

Recently, in  Federal Ins. Co. v. Singing River Health System, No. 1:15CV236 (S.D. Miss. October 2, 2015), a federal court in Mississippi found new ramifications: it held that the insurer’s reservation prevented it from enforcing policy terms, under which limits are eroded by defense costs. Rejecting other cases that enforced similar “defense within limits” provisions, the court effectively found that insurers who reserve their rights thereby subject themselves to a direct financial penalty.

Furthermore, in the upcoming appeal of this case, the insured is likely to revive an argument that the district court chose not to address: an assertion that, as a matter of public policy, a reservation of rights imposes an extra-contractual duty to pay the costs of independent counsel, without limits. Depending on how the pending appeal is decided, this case could make it much harder for insurers to manage the defense of complex claims.

Pascagoula, Mississippi—site of a notorious alien abduction and home of a mermaid-infested river—is the location of a hospital operated by Singing River Health System. In 2009, Singing River stopped making Annual Required Contributions to its employee retirement plan, but it forgot to disclose that fact until October 2014—by which time the plan was underfunded by more than $100 million. In November 2014, Singing River’s Board of Trustees voted to terminate the plan, and a slew of lawsuits followed. (Several of these suits were settled earlier this month.)

Singing River tendered the suits to its insurer, Federal, under two coverage portions of its liability policy: a fiduciary liability section, with a $1 million limit of liability, and an executive, entity, and employment practices liability (“D&O/EPL”) section, which had a $5 million limit. [Full disclosure: Carlton Fields represents Federal in various matters, but it was not and is not involved in the Singing River case.] The insurer agreed to defend all insureds under the fiduciary liability section, subject to a reservation of rights. Because of the reservation, it also permitted the insured defendants to select their own counsel.

The insurer then filed a declaratory judgment action in the U.S. District Court for the Southern District of Mississippi. The action presented two issues: (i) whether the defendants in the underlying suits were entitled to coverage under the D&O/EPL section of Singing River’s policy, and, (ii) if not, whether the insurer could withdraw its defense, once the $1 million limit under the fiduciary liability section had been eroded by defense costs, settlements and/or judgments.

The latter issue was governed, in part, by a term of the policy, providing that “[the insurer’s] duty to defend any Claim shall cease upon exhaustion of the applicable Limit of Liability.” It also entailed the question of whether the applicable limit of liability could be reduced by payments the insurer made to the insured’s attorneys.

Take It to the Limit

That question arose, because Singing River’s policy contained several terms that marked it as a “burning limits” or “defense within limits” policy—that is, a policy under which the limit of liability is eroded by defense costs.

The fiduciary liability section of Singing River’s policy required its insurer to “pay, on behalf of the Insureds, Loss for which the Insureds become legally obligated to pay on account of any Fiduciary Claim.” “Loss” was defined, in relevant part, as

“the amount that any Insured becomes legally obligated to pay on account of any covered Fiduciary Claim, including … damages, judgments, settlement, … [and] Defense Costs … .

“that part of Loss consisting of reasonable costs, charges, fees (including … attorneys’ fees …) and expenses … incurred in defending any Claim … .

The policy’s “burning limits” provisions incorporated these definitions. According to the policy’s Declarations page, Singing River chose not to purchase something called “Separate Defense Costs Coverage.” The policy explained:

“Unless Optional Separate Defense Costs Coverage is purchased …, the Limits of Liability will be reduced and may be exhausted by Defense Costs.

Furthermore, the top of the Declarations page provided the following notice, in boldface type:

The application for the policy (which was signed by Singing River’s CEO) featured a similar notice:

Cry Me A River

First, it contended that the public policy of Mississippi imposes extra-contractual financial obligations on liability insurers who reserve their rights. This argument purported to be based on the Mississippi Supreme Court’s decision in Moeller v. American Guarantee & Liability Insurance Co., 707 So.2d 1062 (Miss. 1996). In Moeller, the court held that a liability insurer’s reservation of rights had created a conflict of interest with the insured, and, consequently, that the insurer could not discharge its contractual duty to defend without providing the insured with independent counsel. In other words, the insurer had a duty to pay for a lawyer chosen by the insured.

On its motion, Singing River expressed that duty in a different way, and it argued that the duty could not be limited by other terms of the insurance contract, because it was a matter of public policy.

On this basis, Singing River argued that its insurer had no right either to apply the costs of defense counsel to the policy’s liability limit or to stop paying those costs after the limit had been reached. The insured argued that either step would amount to “pass[ing] on … or charg[ing] back” those costs to the insured, and that the insurer would thereby violate its “Moeller obligations.”

Importantly, this “public policy” argument did not assert that a reservation of rights constituted a breach of the insurance contract. Singing River’s dubious theory, therefore, was that a Mississippi court could (and did) impose a financial obligation on one party to a contract, even though the contract itself did not impose that obligation, and even though the act that triggered the obligation was one that the contract permitted.

Singing River’s second argument combined its reading of Moeller with the language of its policy—in particular, the facts that (i) “Defense Costs” are defined as a species of “Loss”; and (ii) a “Loss” is an amount that the insured is “legally obligated to pay.” The Health System argued that the cost of independent counsel was not a “Defense Cost” that could be deducted from the policy limits, because it was not a “Loss” at all:

“[O]nce the Insurers reserve rights, under Moeller, it is the insurer, and without question not the insured, that is legally obligated to pay defense costs.

The district court granted Singing River’s motion, based on the second of these arguments. “At a minimum,” the court held, “the policy language is ambiguous and [therefore] must be construed in favor of Singing river.” But the decision seemed to go further:

“[T]he insureds in those cases did not argue that the phrase ‘legally obligated to pay’ limited the ‘defense costs’ that could be used to reduce the policy limits, and thus those courts did not address the issue presented here.

Because it accepted the argument based on policy language, the court found that “[i]t [wa]s not necessary to consider Singing River’s public policy arguments.”

In other words, the court implicitly ruled that Singing River simultaneously was and was not “legally obligated to pay” the costs of its independent counsel. In effect, the court turned “defense costs” into a kind Schrödinger’s cat.

Apart from this problem, the court’s reasoning simply proved too much. Moeller was concerned with who selected the defense lawyers, not who paid them: if the insurer in Moeller was “legally obligated to pay” for independent counsel, then it would also have been “legally obligated” to pay for counsel of its own choosing, even in the absence of a reservation of rights. And that was also true in Singing River: since Singing River’s policy imposed a duty to defend; and since it expressly included “Defense Costs” in the definition of the “Loss” the insurer had agreed to pay; the insurer would have been “legally obligated” (as the court interpreted that phrase) to pay defense counsel, even if it had not reserved its rights, and even if no independent counsel had been retained.

That being the case, the court’s finding that counsel fees were not a “Loss” would apply to any costs for the defense of an insured—including costs incurred in cases that the insurer defends without a reservation. (Singing River actually acknowledged that “[t]he insureds … are not ‘legally obligated to pay’ any ‘defense costs’”) (emphasis added). But if that were correct, it would mean that the limit of liability could be eroded only by defense costs (i) that the insured incurred, but (ii) which the policy did not cover.

Given the fact that the policy provided coverage precisely for those costs that the insured was “legally obligated to pay,” what could the other costs that eroded limits possibly be? And, even if such other costs existed, why would any policy provide that the insurer’s obligation could be reduced by costs which were excluded from coverage, while covered costs would have no effect?

For these reasons, the court’s reasoning would turn the multiple, express “defense within limits” provisions of Singing River’s policy into pure surplusage. Yet, as the court itself acknowledged,

“[i]n interpreting an insurance policy, [courts] should look at the policy as a whole, consider all relevant portions together and, whenever possible, give operative effect to every provision in order to reach a reasonable overall result.

“well-settled law that… ‘courts ought not to strain to find … ambiguities, if, in so doing, they defeat probable intentions of the parties … even when the result is an apparently harsh consequence to the insured.’ …

As noted above, the policy in Singing River defined “Defense Costs,” in part, as “expenses … incurred in defending any Claim,” and it clearly stated that “the Limits of Liability will be reduced and may be exhausted by Defense Costs”—unless the insured chose to purchase something called “Separate Defense Costs Coverage.” It is difficult to conclude from this language that the “probable intentions of the parties” was that the limits of liability could not be reduced by any fees payable to defense lawyers.

Singing Rivers did not adopt the insured’s argument that it is the public policy of Mississippi to impose extra-contractual financial penalties on liability insurers that issue reservations of rights—but it didn’t reject that argument, either, and Singing River is likely to revive the argument on appeal. And while the argument that the court did accept could also apply to cases in which the insurer has not reserved its rights, the court’s express reliance on Moeller makes it appear likely that the presence of a reservation of rights directly influenced the result.

The U.S. Court of Appeals for the Fifth Circuit recently agreed to hear an interlocutory appeal from the court’s decision, so these potential problems might still be resolved. In the meantime, though, liability insurers with potential coverage defenses will have something else to worry about before reserving their rights.