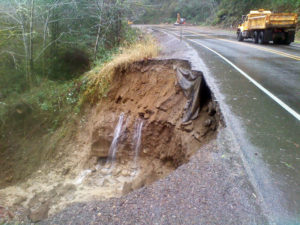 Insurance policies that include the cost of defending a particular claim or action within the policy’s limit of liability, often referred to as “burning,” “eroding,” or “defense within” limits policies, are common in the management liability insurance market. As we previously reported, a 2015 United States District Court for the Southern District of Mississippi decision cast a cloud of doubt over liability insurers issuing defense within limits policies in Mississippi when it held that an insurance policy, which included industry standard defense within limits language, was ambiguous, both on its face and in light of the Mississippi law, and, thus, the defense costs the insurer, Federal Insurance Company (“Federal”) had paid pursuant to a reservation of rights did not erode the policy limits. This nullification of key policy language provided a blank check for the insured, the exact opposite of the intended purpose of a defense within limits policy.

Given that odd outcome, we predicted the Fifth Circuit might interpret the policy language differently. Thankfully for insurers, in Federal Insurance Co. v. Singing River Health Systems, No. 15-60774 (5th Cir. Mar. 1, 2017), the Fifth Circuit reversed the district court’s decision and ruled that, pursuant to the particular policy language, the insured’s defense costs counted against the policy limits.

The underlying directors and officers policy at issue in the Singing River decision (the “Policy”) contained multiple pronouncements that Federal did not intend to assume any obligation to pay any defense costs beyond the policy limits. Several provisions throughout the Policy stated that defense costs erode, reduce, and exhaust policy limits. Numerous courts throughout the country (though not in Mississippi) have previously enforced identical provisions. The Policy also expressly established an option for the insured to purchase defense cost coverage outside the Policy’s limit of liability. Despite these multiple statements and the apparent intent to limit defense costs, the district court determined that the language on which Federal relied to limit its obligation to pay defense costs was insufficiently clear to warrant enforcement.

The Singing River decision represents a significant chapter in an ongoing saga involving alleged financial mismanagement at Singing River Health System (SRHS). SRHS stopped making contributions to its employee retirement plan but failed to disclose that fact to its employees. In October 2014, SRHS finally disclosed that the retirement plan was underfunded by more than $100 million. The next month, the SRHS Board of Trustees voted to terminate the retirement plan and a slew of lawsuits soon followed (the “SRHS Lawsuits”). SRHS subsequently submitted the lawsuits for coverage under the Policy issued by Federal, which provided two coverage sections: (1) Fiduciary Liability Coverage and (2) Executive, Entity, and Employment Practices Liability (“D&O/EPL Coverage”). The D&O/EPL Coverage section provided a $5 million limit of liability and the Fiduciary Liability Coverage section provided a $1 million limit of liability. Federal agreed to defend all insureds under the Fiduciary Liability Coverage section, subject to a reservation of rights.

The Policy clearly stated that defense costs would erode the limits of liability and SRHS specifically declined to purchase extra coverage for defense costs. Nonetheless, SRHS argued that, given Federal’s reservation of rights, public policy prevented Federal from enforcing the “defense within limits” policy language.

Mississippi, like many other jurisdictions, has recognized the widely accepted rule that when an insured is entitled to independent counsel because it is defending under a reservation of rights, the insurer is required to pay for the independent counsel. Moeller v. American Guarantee & Liability Insurance Co., 707 So.2d 1062 (Miss. 1996).

The Fifth Circuit rejected SRHS’s public policy argument. Recognizing that the Policy explicitly stated that defense costs erode the policy limit, and that nothing in Moeller “undercut the basic premise that, without the insurance policy, the attorneys’ fees incurred in defending a case would be borne by the client either under contract law, a theory of unjust enrichment, or otherwise,” the Fifth Circuit held that the Policy’s defense-within-limits language was not prohibited as a matter of law and that Moeller does not create a prohibition on a defense-within-limits policy as a matter of public policy.

Thus, insurers issuing defense within limits policies in Mississippi can breathe a sigh of relief that the Fifth Circuit has recognized the enforceability of these policies and rejected an effort to expand the implications of an insurer’s decision to defend under a reservation of rights.