You are here: Home / Bad Faith / Consent to Settle: Third Circuit Reminds Insureds to Obtain Prior Written Consent Required by a Claims-Made Policy or Face Claim Denial, and Rejects Bad Faith Claim in Absence of a Finding of Coverage Under New Jersey Law 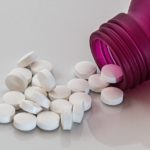 In a non-precedential decision, the Third Circuit Court of Appeals upheld a district court’s grant of summary judgment to an errors and omissions insurer that declined to indemnify a settlement because the insured had settled the underlying lawsuit without obtaining the insurer’s prior written consent, “an express condition of coverage under the policy’s consent clause.” Interestingly, the court noted that the E&O insurer had paid the insured’s “defense costs to the tune of $3.8 million, but declined to indemnify any portion of the settlement” due to lack of written consent. The court also upheld the district court’s grant of summary judgment to the insurer on exclusions precluding coverage under a directors and officers liability policy and rejected the insured’s bad faith claims based on claims handling delays.

In Benecard Services Inc. v. Allied Word Specialty Insurance Co., the insured, which managed prescription drug benefit plans, had been sued by a former business partner for breach of contract and misrepresentation. The E&O insurer had paid the pre-settlement defense costs but refused to pay for the settlement of the underlying action. The insured challenged that denial at the trial and appellate level on three grounds. First, the insured argued that the trial court had improperly inferred that the payment of the defense costs did not exhaust the E&O policy’s $5 million limit of liability and that such an inference mattered because exhaustion of the coverage limit would excuse the insured’s failure to obtain prior written consent. The insured cited no legal authority to support such an excuse theory, and the Third Circuit declined to accept it, noting that the trial court had merely cited to the policy’s plain language and referred to undisputed facts to conclude that the insured had not exhausted its coverage limit. The insured even admitted that the insurer had “paid defense counsel only $3.8 million – rather than its limits of $5 million.”

Second, the insured argued that under New Jersey law the insurer could not enforce the consent to settle clause unless it proved “appreciable prejudice.” The Third Circuit rejected that argument, pointing out that “New Jersey’s appreciable prejudice doctrine applies to ‘occurrence’ policies, in which the policy holders are unsophisticated consumers unaware of all of the policy’s requirements,” and citing the leading New Jersey Supreme Court case of Templo Fuente De Vida Corp. v. National Union Fire Insurance Company of Pittsburgh, 129 A.3d 1069 (N.J. 2016). The court also rejected the insured’s argument that appreciable prejudice still needed to be established because this case involved a consent requirement, rather than a notice requirement as in Templo Fuente, noting the New Jersey Supreme Court’s admonition in that case that it “has never afforded a sophisticated insured the right to deviate from the clear terms of a ‘claims made’ policy.”

Finally, the Third Circuit rejected the insured’s argument that the insurer’s pre-settlement conduct made it equitably estopped from denying coverage based on the failure to obtain prior written consent. The insured cited only a New Jersey state court commercial lease case in which the court had found bad faith where the landlord delayed and engaged in subterfuge in letting the tenant believe it had exercised a lease option for renewal. By contrast, the court noted that the insurer’s conduct here did not “remotely approach[] [a] pattern of evasion and subterfuge, over more than a year and a half,” that had been the basis for the bad faith finding in the commercial lease case cited by the insured. Rather, the Third Circuit stated there was no evidence that the insurer had led the insured to believe that the consent clause had been satisfied.

The Third Circuit also upheld the trial court’s grant of summary judgment to the same insurer on a D&O liability policy, finding that the insured’s claim fell within certain policy exclusions, a “third party” services exclusion and a “professional services” exclusion. The court rejected the insured’s arguments that (i) because the applicable exclusions appeared to overlap and conflict, an ambiguity was created that needed to be resolved in the insured’s favor and (ii) enforcing the exclusions rendered coverage illusory and failed to meet the insured’s “objectively reasonable expectations.” The court found that while the exclusions were broad, there was nothing unclear or uncertain about their language or application, and any overlap did not itself create an ambiguity. Furthermore, the court found that coverage was not illusory since the exclusions left “intact the [D&O] policy’s coverage for breaches of duty by company executives acting in their executive capacity.” The court also noted that the insured’s reasonable expectations “can overcome the plain meaning of a policy only in ‘exceptional circumstances,’” noting that the Third Circuit has previously held:

Since the insured did not contend that enforcement of the exclusions would violate public policy, the Third Circuit found here that the exclusions in the D&O policy were enforceable as written.

No Bad Faith Absent a Finding of Coverage

“[A] claimant who could not have established as a matter of law a right to summary judgment on the substantive coverage claim would not be entitled to assert a claim for an insurer’s bad-faith refusal to pay the claim.” Likewise for bad faith claims premised on alleged processing delays, “the test appears to be essentially the same.” Such bad faith claims are viable when the substantive claim for coverage is “valid” and “uncontested.”

The court found that since the insured here could not establish a right to coverage that was “valid” and “uncontested,” the trial court correctly granted summary judgment to the insurers on the insured’s bad faith claims.

The main takeaway is that under New Jersey law, insurers can successfully disclaim coverage where the plain language of a claims-made policy supports the coverage denial. Moreover, the absence of a finding of coverage will also defeat claims for bad faith, whether based on denial of coverage or claims handling.