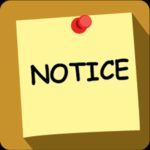 Underwriters issued a claims-made-and-reported liability policy to Advance Transit Co., effective October 30, 2016, to October 30, 2017. The policy provided that if it were renewed, Advance would have an additional 60 days after the expiration of the policy to report a claim to Underwriters. A personal injury claim was made by a third party against Advance during the policy period, but Advance did not report the claim to Underwriters until after the 60-day extension had expired. Underwriters denied coverage and sought a declaratory judgment that it was not liable to indemnify Advance for the personal injury claim asserted against it.

At the trial level, Advance relied on two arguments. First, Advance argued that Underwriters failed to expressly disclaim for late notice, thereby waiving the insurer’s right to rely on the policy’s reporting requirements in the declaratory judgment action. In rejecting this argument, the trial court noted that under New York law, “waiver does not create coverage where none exists.” Turning to the policy at issue, the court found that no coverage for a claim would exist unless Advance timely reported the claim to Underwriters, thus holding the reporting requirements, under the language of the policy, could not be waived under New York law.

Second, Advance argued that the policy violated New York Insurance Law section 3420(a)(5) by barring coverage for claims reported during a renewal policy period. Section 3420(a)(5) states, in relevant part:

According to Advance, this law requires claims-made-and-reported policies that fall under the purview of section 3420 to include a provision that any claims made during the policy period may be reported to the insurer during a subsequent renewal policy period. In rejecting Advance’s reading of section 3420(a)(5), the trial court found that by using the disjunctive “or” rather than “and,” the statute gives insurers the option of requiring notice to be made during any or all of the three referenced periods — the “policy period,” “any renewal thereof,” or “any extended reporting period.” The court further concluded that Advance’s position would be contrary to legislative intent, declaring as follows:

The First Department appellate court unanimously affirmed the trial court and agreed with the trial court’s analysis of both the text and the intent of section 3420(a)(5). As did the trial court, the appellate court focused on the use of the disjunctive “or,” finding that the statute’s use of the term provides insurers with the option to require a claim to be reported “during the policy period, or the renewal, or any extended reporting period.” Citing to legislative history and New York General Counsel Opinion 6–23–2009, the First Department found that relevant authorities were in accord. The court ultimately concluded that, notwithstanding section 3420(a)(5), “[Advance] reported the claim to [Underwriters] outside the policy period and the extended reporting period and therefore, the claim was untimely.”

Target Data Breach Not Covered Under CGL Policy: Court Rejects “But-For” Theory for Loss of Use Damages Where There Was No Evidence of Value of the Use of Payment Cards

Alex M. Bein is an associate at Carlton Fields in New York.