You are here: Home / Declaratory Judgment / Ninth Circuit Adopts General Rule Regarding Circumstances in Which Excess Insurers May Dispute Exhaustion of Underlying Insurance 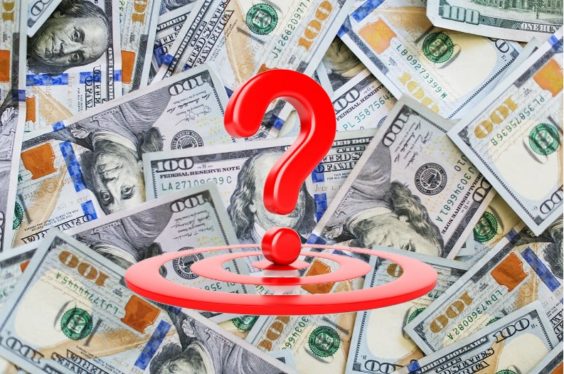 Addressing an issue of first impression, the Ninth Circuit recently adopted a general rule that will sharply limit the ability of excess insurers to second-guess payment decisions made by lower-level insurers. Subject to limited exceptions, the court concluded that an excess carrier generally cannot challenge decisions underlying insurers made with respect to earlier, unrelated claims, as a basis for arguing that its own layer of coverage has not yet been reached.  AXIS Reinsurance Co. v. Northrop Grumman Corp., No. 19-55135 (9th Cir. Sept. 14, 2020).

The case arises from two underlying lawsuits against Northrop Grumman Corp. for alleged ERISA violations. One was filed by the Department of Labor (DOL) and settled for an undisclosed amount. The other, filed by administrators of a Northrop employee benefits plan, settled for over $16 million (the “Grabek Settlement”). Northrop tendered coverage for both settlements to its insurers, including AXIS. The AXIS policy attached excess of primary and first-layer excess policies, each providing limits of $15 million. AXIS had no payment obligations until the combined $30 million limits of underlying insurance was exhausted in payment of covered loss.

The underlying carriers each determined that the DOL settlement was covered under their policies. As such, the primary carrier contributed its entire limit and the first-layer excess carrier paid the rest, leaving $7 million available for the Grabek Settlement. Having determined the Grabek Settlement also was covered under its policy, the first-layer excess insurer put up the remaining limits of its policy. Northrop then sought the nearly $10 million balance of the settlement from AXIS.

While AXIS did not dispute coverage for the Grabek Settlement, it did take issue with the DOL settlement, which AXIS claimed was uninsurable as a matter of California public policy, and thus should not have been paid by the underlying insurers. AXIS nonetheless paid its share of the Grabek settlement and subsequently filed an action seeking reimbursement of the amount of the DOL settlement from Northrop. AXIS’s theory was that it was forced to prematurely “drop down” and provide coverage for the Grabek Settlement only because the underlying insurers improperly exhausted or otherwise eroded their policy limits in payment of non-covered loss. The district court granted summary judgment to AXIS and Northrop appealed.

The Ninth Circuit framed the issue as follows: “when, if ever, may an excess insurer challenge an underlying insurer’s payment decision as outside the scope of coverage?” Under its “improper erosion” theory, AXIS maintained that insureds bear the risk that excess carriers might withhold payment of otherwise covered claims based on a disagreement as to how the claim was adjusted by underlying insurers in the coverage tower. Northrop disagreed, of course, as did the Ninth Circuit, which concluded that the excess carrier, not the insured, assumes the risk that underlying carriers may handle claims in a manner that implicates upper-layer excess coverage.

Although the Ninth Circuit and California state courts have yet to address the issue, a panel of the Ninth Circuit found Northrop’s position was consistent with the few other cases that have done so. The court relied principally on Costco Whole Sale Corp., 387 F. Supp.3d 1165 (W.D. Wash. 2019), in which a Washington district court found “the weight of authority holds that an excess insurer may not challenge the underlying insurers’ payment decisions in order to argue that their policy limits were not (or should not have been) exhausted … unless there is an indication that the payments were motivated by fraud or bad faith.”

The Ninth Circuit agreed with the Costco approach, and thus adopted it as a general rule. In doing so, the panel emphasized, as did the Costco court, that parties are free to contract around the rule. The court noted that a 2016 Alabama decision involving an excess policy issued by AXIS Surplus Insurance Company did just that. The policy in that case specifically reserved the excess carrier’s right to second-guess payment decisions by underlying insurers, expressly stating that “amounts paid by underlying insurance for losses that would not have been payable under the Axis Excess Policy do not count towards the $10 million” limit of liability, and that, “any amounts that the Primary Policy paid for flood losses do not erode the $10 million threshold.”

In addition, the court rejected the district court’s concern that the Costco rule functionally prohibits excess carriers from challenging their coverage obligations.  In this particular case, AXIS did not dispute that the claim it was asked to cover—the Grabek Settlement—was covered under its policy. It instead sought to reduce its liability for that claim by disputing coverage for a different claim (the DOL settlement), which it was not asked to cover. The Ninth Circuit emphasized that under the Costco rule, excess carriers remain free to dispute coverage for claims tendered to them, even when an underlying insurer determines that the same claim is covered under its own policy. Excess carriers may not, however, second-guess other insurers’ payments of earlier, unrelated claims, without first showing that such payments were motivated by fraud or bad faith, or by pointing to a specific contractual right. Here, AXIS did not allege that Northrop and the underlying carriers engaged in fraud or bad faith, and the court found no contractual basis in the AXIS policy for AXIS’s improper erosion theory. The panel reversed the district court order on this basis alone.

There was an additional issue on appeal as to whether the DOJ settlement called for disgorgement, for which insurance coverage is barred by California public policy. While the court did not reach that issue given its ruling on improper erosion, it did note that the Costco rule would still apply even where underlying limits were paid for earlier, unrelated claims that were arguably uninsurable as a matter of law. In that event, the court explained that the burden would be on the excess insurer to show that the payments made by the lower-level carriers for the earlier claim were motivated by fraud or bad faith, or that the excess carrier had a contractual right to challenge the payments. Since AXIS was never asked to provide coverage for the DOL settlement, the Ninth Circuit seems to indicate that the outcome here would be the same even assuming the DOL settlement did in fact constitute disgorgement.