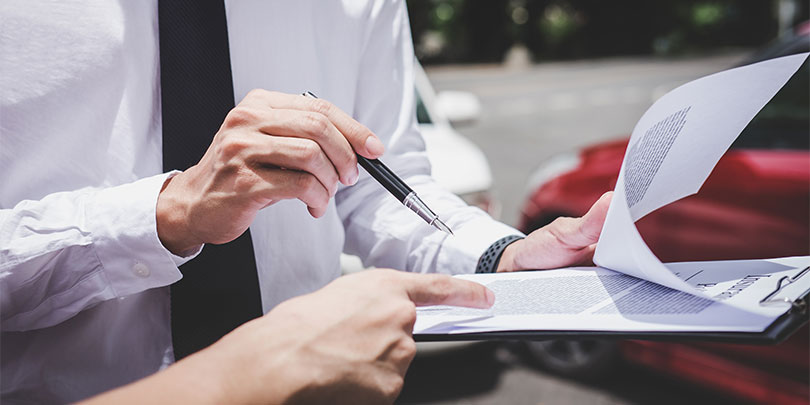 Mr. Davis was injured in an automobile accident caused by an intoxicated driver who was uninsured. Plaintiffs submitted a claim to Sentinel under the UM/UIM provision of their policy seeking economic and non-economic damages. Sentinel offered to settle plaintiffs’ claim for $750,000, which plaintiffs refused, and the parties attended binding arbitration. Ultimately the arbitrator awarded plaintiffs “over $300,000.00 more” than Sentinel had previously offered to pay, after which plaintiffs filed suit in the San Diego Superior Court alleging that Sentinel failed to, among other things, properly and timely investigate and adjust the claim.

Sentinel removed the case to the Southern District of California and moved to dismiss. The court granted Sentinel’s motion in full, finding that plaintiffs’ complaint failed to state a cause of action, but granted plaintiffs leave to amend.

Plaintiffs’ amended complaint reasserted the fraud claim and added a new cause of action for Financial Elder Abuse under California Welfare and Institutions Code § 15610.30. Sentinel again moved to dismiss, arguing with respect to the fraud claim that plaintiffs’ allegations failed to meet the particularity requirement of Federal Rule of Civil Procedure 9(b). The court agreed, reasoning that “similar to the original complaint, Sentinel’s alleged promises are by and large restatements of its contractual obligations, such as that it would ‘promptly investigate, adjust, and resolve the claim’ and provide ‘coverage for uninsured motorists … and underinsured motorists.’”

Thus, the court dismissed the fraud claim because it “fail[ed] to provide Sentinel with enough notice of the particular misconduct … [and therefore was] insufficiently pled.” The court also dismissed plaintiffs’ elder abuse claim, finding that “given the lack of facts suggesting bad-faith, and the failure to plead a fraud cause of action, Plaintiffs’ claim of financial elder abuse boil[ed] down to a straightforward breach of contract claim.” As such, and “because financial elder abuse requires more than a breach of contract,” the court determined that plaintiffs failed to adequately plead a claim for elder abuse.

Failure to Procure Cyber Insurance Could Haunt Your Company

SEC-ordered Disgorgement is an Uninsurable “Penalty,” not a Covered “Loss”