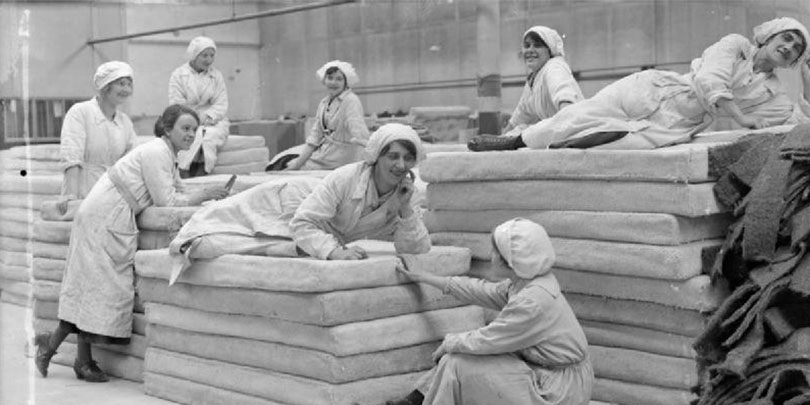 Last week, in a unanimous decision, the Supreme Court of California changed the law governing anti-assignment provisions in liability insurance policies.  Twelve years ago, in Henkel Corp. v. Hartford Accident & Indemnity Co., 29 Cal.4th 934 (2003), the court held that such provisions are fully enforceable, until a claim against the insured has been reduced to either a judgment or a settlement. The latest case, Fluor Corporation v. Superior Court, No. S205889 (Cal. August 20, 2015), expressly overruled Henkel. It held that claims become freely assignable as soon as a third party sustains a loss for which the insured might be liable, and for which the policy provides coverage—even if no claim has yet been asserted against the insured.

The impact of the rule change is likely to be felt primarily in cases similar to Fluor, which involved the re-structuring of a corporate policyholder that had significant exposure to long tail claims.  As the court observed, the new rule brings California law in line with that of a majority of jurisdictions.  But the court failed to address several arguments asserting that some insureds will now be able, unilaterally, to change important aspects of the risk their insurer agreed to assume.

Background of the Fluor Decision

Fluor Corporation performed engineering, procurement and construction operations at numerous sites, including sites where asbestos was allegedly used.  Since the mid-1980s, Fluor and its subsidiaries have been named in about 2,500 asbestos exposure suits.  The defense and settlement of those claims was led by Hartford Accident & Indemnity Company, which issued comprehensive general liability insurance policies for the years 1971 to 1986.

In the 1980s, Fluor acquired a mining business, A.T. Massey Coal Company.  In September 2000, Fluor reorganized its structure and conducted a “reverse spin-off”: the original Fluor Corporation changed its name to Massey Energy Company and retained the entity’s mining operations, while the assets and liabilities associated with Fluor’s original business were transferred to a newly-formed subsidiary that adopted the original corporate name, “Fluor Corporation” (“Fluor-2”).

In 2001, Fluor-2 forwarded to The Hartford copies of its 2000 annual report, along with a 2000 letter to shareholders, under cover of a letter that summarized the reverse spin-off in a single paragraph.  The letter did not, however, specifically assert that Fluor’s rights under its CGL policies were transferred to Fluor-2, nor did it ask The Hartford to consent to an assignment of those rights.  Thereafter, Fluor-2 tendered claims under the policies on its own behalf, but it did so under the name of its predecessor, “Fluor Corporation.”  The Hartford’s claims handler testified that he believed these claims had been submitted by the original insured.  His company continued to provide defense and indemnity payments and to collect retrospective premiums that were chargeable under some of The Hartford’s policies.

In February 2006, because of a dispute over unrelated coverage issues. Fluor-2 brought a declaratory judgment action against The Hartford.  In 2009, The Hartford filed a second amended cross-complaint in that action, in which it asserted that any purported assignment of original Fluor’s rights under the CGL policies would have been ineffective, because the policies contained anti-assignment provisions.  The Hartford also sought reimbursement of the defense and indemnity payments it had made.

The trial court denied Fluor-2’s motion for summary judgment on The Hartford’s claims.  The court felt bound to follow the Supreme Court’s decision in Henkel, which had enforced an identical anti-assignment provision under similar circumstances.  In Henkel, the court had ruled that an insured’s claim under a liability policy could not be assigned before it had been “reduced to a sum of money due or to become due under the policy.”  29 Cal.4th at 944.  In other words, the anti-assignment provision was enforceable until the underlying claim was resolved by settlement or judgment.

The Supreme Court accepted an appeal from the case to address whether an obscure statute, enacted in 1872, Section 520 of the California Insurance Code, compelled a different result from the one the court had reached in Henkel.  Section 520 was re-adopted in 1935 and amended in 1947.  However, neither party in the Henkel case had cited the statute, and the court had not considered it.  In pertinent part, Section 520 provides:

An agreement not to transfer the claim of the insured against the insurer after a loss has happened … is void if made before the loss … .

Although this rule was originally adopted at a time when (in the words of one lower court) “liability insurance did not even exist as a concept,” the Supreme Court held that it applied to the anti-assignment provision in Fluor’s CGL policies.  That ruling, however, did not answer the question of whether Henkel had been properly decided.  It merely re-phrased that question as one of statutory interpretation:  when does the insured under a liability policy suffer a “loss [that] has happened” within the meaning of Section 520?  Is it when the insured becomes obligated to pay a judgment or settlement?  Or is it when a third party suffers an injury for which the insured might be liable?

Finding that the phrase “after a loss has happened” is ambiguous, the Supreme Court conducted a lengthy review of cases from other jurisdictions and the public policy views those cases were found to represent.  In particular, the court observed that Henkel was inconsistent with “the overwhelming majority of cases decided before and since,” and that the majority position is “a venerable rule that … has been acknowledged as contributing to the efficiency of business by minimizing transaction costs” for corporate re-organizations, thereby “facilitating economic activity and wealth enhancement.”  The alternative, the court found, would permit an insurer to “exert … unjust and oppressive pressure on the insured.”

Consequently, the court ruled that the language of Section 520 “should be interpreted as referring to a loss sustained by a third party that is covered by the insured’s policy, and for which the insured may be liable.”  Thus, notwithstanding the language of the policy, claims may be assigned before the insured has any obligation to pay them—or even becomes aware of them.

What Could Go Wrong?

The Hartford, along with several amici curiae, advanced policy arguments on the other side.  One was based on the nature of asbestos exposure suits, which typically name multiple defendants and are pleaded in vague and broad language.  If one policyholder can assign its claims to another company that has its own asbestos exposures, or which has a “higher profile” in asbestos litigation, it might be impossible for the insurer to avoid covering losses that actually originated with the assignee, or which never would have been asserted against the original insured.  Similarly, an asbestos defendant whose own insurance had been exhausted could acquire the claims of another defendant—one with only limited exposure—and thereby force that defendant’s insurer to assume a costly defense it would not otherwise have borne.

Further, asbestos claims are usually asserted many years after the events on which they purport to be based.  If the assignee of a liability policy lacks access to the documents, witnesses and institutional knowledge that could support the defense of such claims, then the assignment could impair the insurer’s ability to mount an effective defense.

The Hartford also raised a point that had been discussed in Henkel; it concerns re-organizations, like the one in Fluor, in which the original insured remains in existence, and the scope of the assignment remains open to dispute.  “If both assignor and assignee were to claim the right to defense, the insurer might effectively be forced to undertake the burden of defending both parties.”  29 Cal.4th at 945.

Strikingly, the Supreme Court’s 59-page opinion in Fluor did not discuss any of these arguments.  The court curtly dismissed the minority rule for which The Hartford advocated as “valuing the contract rights of insurers to enforce such [anti-assignment] clauses, over the contract rights of parties to contract for transfer of such claims.”  It did not, however, identify the source of policyholders’ supposed “rights” to transfer claims, nor did it explain how, given the presence of an anti-assignment clause, the insured’s ability to transfer claims could be described as a “contract right.”

The court also discussed the danger that insurers might exercise an “unjust and oppressive” veto over corporate re-organizations, without giving any consideration to the insurers’ contractual and statutory duty of good faith and fair dealing.  That duty currently governs insurers’ right to control settlement under many liability policies, and there is no evidence that consent-to-settle clauses have increased the overall number of cases that go to trial.

Fluor opens the possibility that California policyholders facing long tail claims can use corporate transactions to transfer additional risks to insurers—a possibility that already existed for insureds in many other states.  The opinion in Fluor also suggests that, in the insurance context, California’s highest court finds “contract rights,” as established by policy language, to be less compelling than policy considerations.

Playing With Fire: No Liability Coverage For Tax Preparers Who Took Deductions for Illegal Tax Shelters

Barry Weissman is a shareholder at Carlton Fields in Los Angeles, California. Connect with Barry on LinkedIn.