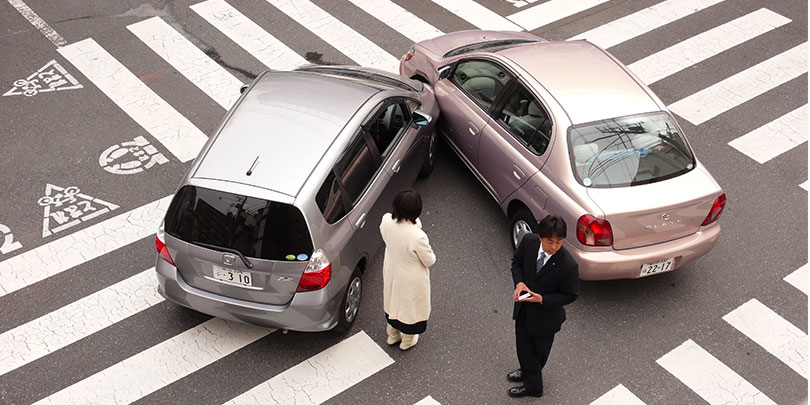 In Cadle v. GEICO Ins. Co., Case No. 15-11283 (11th Cir. Sept. 30, 2016), the Eleventh Circuit held that GEICO had not acted in bad faith when it failed to settle a claim after the insured did not provide any evidence of permanency during the cure period as is required by Florida law.

On July 2007, Catherine Cadle was rear-ended by Derek Friend, an underinsured motorist driving down I-95. Cadle had previously purchased insurance providing coverage for such an accident under a stacked uninsured motorist (UM) policy with a $75,000 limit. Although Friend had insurance as well, his policy contained a $25,000 limit.

Cadle sought treatment for the pain she suffered in the weeks following her accident. However, when this treatment failed to alleviate her pain, Cadle’s doctors recommended more active pain management. During the following months between August 2007 and June 2008 Cadle received epidural injections and almost a dozen facets—also known as nerve blocks—which required the use of anesthesia.

Throughout this period, GEICO examined Cadle’s medical records and discovered that in 1989, Cadle had suffered a neck injury requiring surgery. GEICO offered to settle Cadle’s UM claim for $500, but on July 11, 2008 Cadle’s attorney responded by demanding the $75,000 UM limit. Her attorney also provided all of Cadle’s medical records at this time. After receiving these records, GEICO upped their settlement offer to $1,000, but noted that these records did not indicate any permanency in Cadle’s injuries, which they mentioned raised a question as to the breach of the permanency requirement in Florida Statutes § 627.727(7).

Shortly afterwards, Cadle filed her first Civil Remedy Notice (CRN) under Florida Statutes § 624.155. This CRN noted that as of 14 months after her accident, Cadle still required pain management and had discussed the possibility of a surgical intervention with her doctors. During the 60-day cure period following the filing of the CRN, GEICO requested only Cadle’s medical records from her 1989 surgery. GEICO did not increase its settlement offer and again noted that there was no final evaluation indicating any permanency for Ms. Cadle.

In early 2009, Cadle sued GEICO and filed a second CRN noting treatment had been ongoing and surgical intervention was a possibility. Finally, on December 15, 2009, Cadle had surgery during which she had the aging facet in her neck replaced with a larger facet expected to provide more stability to her neck.

After the completed surgery, Cadle’s attorney sent GEICO the operative report and all the requested information regarding her treatment—including her medical bills now totaling $123,132.49. GEICO responded by serving Cadle with a proposal for settlement rather than tendering its policy limits.

In March of 2013, Cadle’s UM claim was tried in front of a jury in state court. Despite the fact that none of Cadle’s doctors had yet assigned her a permanency rating, the jury found she sustained a permanent injury within a reasonable degree of medical probability as a result of the automobile accident, and awarded a verdict of $900,000.

On October 15, 2013, Cadle filed a bad-faith diversity case in the Middle District of Florida against GEICO for failing to settle her claim when she believed it should have done so. GEICO moved for partial summary judgment seeking a determination that the $900,000 damage award from the state UM case was not binding as a measure of damages in the federal case. In denying GEICO’s motion, the court noted that Florida law “does not establish a procedure for determining damages; and the law in this regard is in a state of flux.”

The district court then held a three-day trial during which GEICO’s attorney raised the issue of whether GEICO had “any indication that Cadle had sustained a permanent injury in the subject accident.” Cadle’s bad-faith expert answered in the negative and went so far as to state that in Mrs. Cadle’s record there were no files from which he could infer a permanent injury.

Based on this testimony, GEICO moved for a directed verdict under the premise that at no time prior to the surgery was there any record indicating a permanent injury to Mrs. Cadle nor any evidence from which a permanent injury could be inferred. Cadle’s counsel responded that Mrs. Cadle’s medical records provided a reasonable inference that she needed surgery. However, the judge replied:

That’s your own expert. I’m sorry, but when you call an expert, you’re kind of stuck with what that expert says; and he pretty much pulled the rug out from under your claim…. [The expert] also said there was no evidence of a threshold breach at the time. So, you know, I mean, that’s what he said.

Still, the judge reserved ruling on GEICO’s motion as a matter of law. Shortly afterwards, the jury determined Cadle had proven by a preponderance of the evidence that GEICO acted in bad faith by failing to settle her UM claim. However, the judge permitted GEICO to file a written motion substantiating its motion for judgment.  In it, GEICO argued that Cadle was only entitled to economic damages because there were no medical records indicating permanency, and that these economic damages fell well short of the $75,000 policy limits.

After reviewing the evidence presented at trial, the district judge concluded no evidence supported Cadle’s contention that GEICO was aware or should have known she had a permanent injury prior to 2010 when Cadle’s attorney informed GEICO of her 2009 surgery. The judge, in addressing GEICO’s reliance on Cadle’s medical documents, stated:

The judge also noted that “there is no evidence that such additional investigations would have produced a different result.”  Accordingly, the judge granted GEICO’s renewed motion for judgment as a matter of law.

Appeal Issue One: Whether Underlying UM Damage Determination is Binding

On appeal to the Eleventh Circuit Court of Appeals, Cadle argued there was both sufficient evidence presented at trial for the jury to find permanency of her injury and that her burden of proof under a totality-of-the-circumstances analysis does not require her to prove a permanent injury at the time of her settlement demand.

The Eleventh Circuit first sought to clear up Florida law on the issue of whether the state court’s determination of UM damages was binding on a subsequent bad-faith suit. In establishing the correct framework, the Court concluded “that [because] the insured is entitled to a determination of the full extent of damages in the UM action, it follows that such a determination is [a] binding [element] in the subsequent bad faith action against the same insurer.”

The Court further explained its decision by arguing that if the verdict were not binding, it would lead to the insured having a second chance to relitigate the damages, inconsistent verdicts, and comity issues between state and federal courts. Further, it noted the correct damages in a first-party bad-faith action should contain the total amount of a claimant’s damages including any amount in excess of the claimant’s policy limits—damages that in essence constitute a penalty.

After disposing of this problematic issue, the Court dove into the heart of its analysis by focusing on the procedural requirements for a bad-faith claim against an insurer. It noted that although typically the question of bad faith is one for the jury, in certain instances, Florida courts have “concluded as a matter of law that an insurance company could not be liable for bad faith.” Based on this finding, the Eleventh Circuit held, “[w]here a judge concludes as a matter of law a plaintiff has not established a bad-faith case against an insurer, he [or she] must remove the case from the jury for decision.”

Turning to the insurer’s obligations, the Court emphasized the importance of the civil remedy notice and sixty-day cure period. It declared that the insurer’s failure to respond to a CRN within this period automatically raises a presumption of bad faith sufficient to shift the burden to the insurer to show why it did not respond. However, that is not to say the denial of payment means the insurer is guilty as a matter of law. Rather, so long as the insurer has a good faith belief to deny claims under a policy, there is no cause of action for bad faith even if it is later determined that the insurer’s denial was mistaken.

Finally, the court addressed the last piece of the bad faith framework: the permanent injury requirement for noneconomic damages. It focused on the Florida Supreme Court’s definition of permanent injury as a bodily injury arising out of the use of a motor vehicle and which “consists in whole or in part of . . . [p]ermanent injury within a reasonable degree of medical probability.” Walk v. Grainger, 64 So. 3d 1201, 1207 (Fla. 2011). In fact, before seeking noneconomic damages, an insured must first establish both the existence and permanence of an injury. Fla. Stat. § 627.727(2)(a)–(d).

On appeal, Cadle argued there was sufficient evidence in the record to support the jury verdict that GEICO acted in bad faith when it failed to pay her claim and that as a result, the district judge erred in overruling the jury’s determination. However, based on the procedural requirements of a bad faith claim under Florida Statutes as outlined above, Cadle was required to prove the existence and permanence of her injury during GEICO’s sixty-day cure period. In holding Cadle failed to do so, the Eleventh Circuit established that Cadle’s own medical expert and UM attorney could not point to any medical evidence presented to GEICO during this period which demonstrated the permanency of Cadle’s injury. Therefore, because Cadle failed to satisfy this requirement, noneconomic damages were not available. Fla. Stat.  § 627.727(2)(b).

Absent any evidence of permanency of Cadle’s injury, the Eleventh Circuit held there was no basis for GEICO to value Cadle’s claim at or above the $75,000 policy limit. Accordingly, it held the district court judge correctly determined no reasonable jury could find GEICO acted in bad faith in its failure to settle Cadle’s claim. Because there was no evidence of permanency provided to GEICO during the cure period as required under Florida law, the Eleventh Circuit affirmed the district judge’s granting of GEICO’s Rule 50(b) motion for judgment as a matter of law.

The Eleventh Circuit Court of Appeals decision in Cadle clarifies the framework bad faith claims operate within under Florida law and establishes that the determination of damages in a UM claim is binding as an element in a subsequent bad-faith action. However, under Florida law, the existence and permanency of an injury must be proven and provided to an insurer during the cure period in order to recover noneconomic damages in a bad faith claim.

Unlike Friendships, Policy Exclusions Are Not Severable In West Virginia