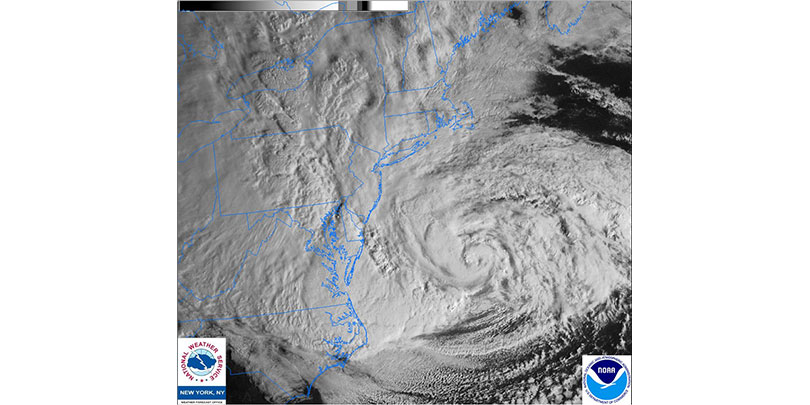 When the National Weather Service names a storm heading in your direction, you know to expect wind and water. This can create a quandary for property insurers. Is water damage from a named windstorm caused by the flood or the storm? This distinction can mean millions.

New Jersey Transit sought coverage for water damage following the storm. A tower of property insurers argued that the $100 million flood sublimit applied to limit coverage. The trial court found full coverage for the policyholder, and the carriers appealed.

The subject policies were “all risks” policies. Each included a sublimit “per occurrence” for “losses caused by flood.” The policies defined “flood” as:

[A] temporary condition of partial or complete inundation of normally dry land from:

[S]uch … flood shall be deemed to be a single occurrence within the meaning of this policy.

The policies also stated that “[e]ach loss by … flood shall constitute a single loss” if:

(2) … any flood occurs within a period of the continued rising or overflow of any river(s) or stream(s) and the substance of same within the banks of such river(s) or stream(s) or the unusual and rapid accumulation or runoff of surface waters; or (3) … any flood results from any tsunami, tidal wave, or seismic sea waves or series thereof caused by any one disturbance.

The term “occurrence,” which appears in section two of the standard policy form, is defined in the occurrence limit of liability endorsement. The endorsement stated:

The term “occurrence” shall mean any one loss, disaster, casualty or series of losses, disasters, or casualties, arising out of one event. When the term applies to loss or losses from the perils of tornado, cyclone, hurricane, windstorm, hail, flood, earthquake, volcanic eruption, riot, riot attending a strike, civil commotion, and vandalism and malicious mischief one event shall be construed to be all losses arising during a continuous period of 72 hours. When filing proof of loss, the insured may elect the moment at which the 72 hour period shall be deemed to have commenced, which shall not be earlier than the first loss to the covered property occurs.

The policies also defined “named windstorm” as “wind or wind driven water, storm surge and flood associated with, or which occurs in conjunction with, a storm or weather disturbance which is named by the National Weather Service or any other recognized meteorological authority.” As shown above, the definition specifically included “storm surge.”

The appellate panel affirmed the trial court’s finding that the $400 million named windstorm coverage applied to Sandy-related water damage. The court noted that it was undisputed that storm surge damaged the various New Jersey Transit sites. The only question was whether the $100 million flood sublimit applied. First, the court noted that the separate definition of “named windstorm” included “wind driven water, storm surge and flood associated with, or which occurs in conjunction with,” a “named windstorm.” Conversely, the definition of “flood” did not include “storm surge.” While the definition of flood included the less specific term “surge,” the “more specific provision controls over the more general.” If the parties intended to include “storm surge” in the flood sublimit, the court reasoned, they could have done so in more specific language.

The court also dismissed the argument that the definition of “occurrence” grouped all perils in a single event for purposes of applying the flood sublimit. The key question, which is not addressed in the “occurrence” definition, is whether the loss was “caused by flood” or was damage resulting from a “named windstorm.” Because the water damage resulted from a named windstorm, the court found the flood sublimit did not apply.

Additionally, the court found that New Jersey’s efficient proximate cause doctrine also applied to establish coverage. Under this test, if an exclusion bars coverage for losses caused by a particular peril, the exclusion applies only if the excluded peril was the “efficient proximate cause” of the loss. If a specifically insured peril sets other causes in motion, which in an unbroken sequence and connection between the act and final loss produce the result for which recovery is sought, the insured peril is regarded as the proximate cause of the entire loss.

The court found that Superstorm Sandy was a “peril specifically insured against” and that Sandy’s storm surge caused, “in an unbroken sequence,” any losses that might otherwise be subject to the flood sublimit.

Finally, the court rejected the insurers’ attempt to reform the policies based on the broker’s alleged failure to disclose material facts about the “named windstorm” definition and flood sublimit. Because the policyholder’s broker was neither (1) an agent for the insurer; (2) a person with a special relationship of trust and confidence; or (3) part of an “intrinsically fiduciary” transaction, the agent did not have any duty to make any specific disclosures regarding the effect the “named windstorm” definition would have on the flood sublimit.

The issues in the New Jersey Transit Corp. case are not novel and often resurface when there is water damage associated with a named windstorm. In analyzing coverage, it is key to understand both the language of the applicable policy and how relevant state law addresses the issues.