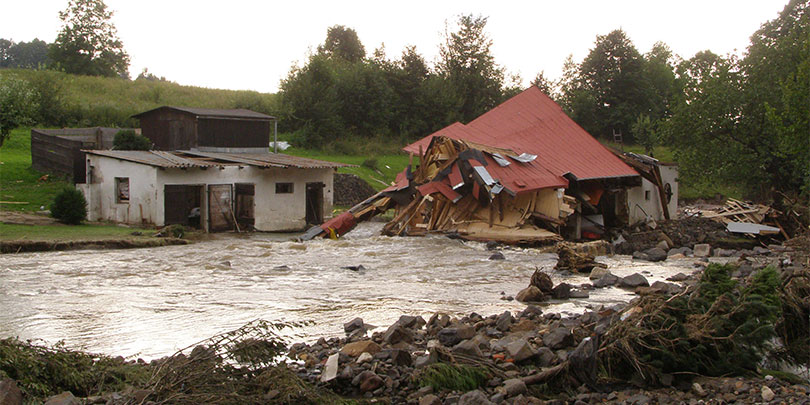 Many property insurance policies contain terms that prohibit assignment, but Florida law has long deemed those terms inoperative once a loss has occurred.  E.g., W. Fla. Grocery Co. v. Teutonia Fire Ins. Co., 74 Fla. 220 (Fla. 1917).  As a result, contractors who repair or remediate damaged property increasingly offer to accept assignments from policyholders in lieu of payment—a practice that gives them greater leverage in setting prices, because it enables them to back their demands with threatened suits for extra-contractual damages.  Recently, two Florida insurers tried to disrupt this routine, arguing that a claim for a property loss may be assigned only after it has become payable.  Last month, in One Call Property Servs. Inc. v. Security First Ins. Co., No. 4D14-424 (Fla. 4th DCA May 20, 2015), and in Emergency Services 24, Inc. v. United Property & Cas. Ins. Co., No. 4D14-576 (Fla. 4th DCA May 20, 2015), that argument washed out.

Nothing Will Come of Nothing

The insurers in the two cases, Security First and United, both asserted that the anti-assignment terms of the relevant homeowners’ policies had to be read in conjunction with the “Loss Payment” provisions—which governed when, and under what circumstances, any “Loss” would be paid.  Under those provisions, the insurers were not required to pay a claim until after they had either settled with the policyholder or received written proof of loss.  Thus, although the policyholders had assigned their claims after the Loss, they also did so before the date on which the loss was due to be paid—that is, before the policyholders’ right to receive payment had accrued.  In the words of both insurers, this meant “there was nothing for [the Insureds] to assign.”

This argument was built on several premises.  One was that the policyholders’ rights under the policy were contingent on certain “post-loss duties”–such as the submission of a proof of loss.  In an apparent reference to the language of the Loss Payment clauses—which stated, “We will adjust all losses with you“—Security First called these duties “the Insured’s duty to adjust the loss with SECURITY FIRST,” and it maintained that they could not be delegated.  (United’s argument cited the insureds’ “duties of adjustment.”)

A second premise related to public policy.  The insurers noted that the rule allowing post-loss assignments is an exception to the general rule enforcing anti-assignment provisions in contracts.  According to the insurers, “The justification behind this exception is that there is no effect on the rights of the insurer or the risk it undertook to insure.”  That justification is not present, they argued, if the price of covered repairs has not yet been determined:

It does not affect an insurer’s rights or the risk undertaken to allow an insured to assign an accrued right to payment[,] because [in that situation] the assignee cannot increase the benefit proceeds through inflated or fraudulent billing. .. However, [the assignee contractor’s] ability to influence the claim … clearly increases the risk undertaken due to the inherent conflict of interest … .

If assignments such as the one in the instant case are permitted, insurers would be forced to assume risks far beyond what was bargained-for … . The purpose of insurance is to restore an insured to their pre-loss condition [sic], not to provide profit on such loss, as this would increase moral hazard and undermine the entire concept of insurance.

Each insurer made these arguments in the context of a state-court suit for breach of contract, brought by the contractor/assignee of insureds who had suffered losses in what one insurer called a “water event.”  The trial courts accepted these arguments, granting Security First’s motion to dismiss and United’s motion for summary judgment.  The contractors appealed.

The Court of Appeal addressed these arguments in its opinion in the One Call case, and it made short work of them.

The court flatly rejected the suggestion that an actionable right had not accrued before the assignment:

The loss payment clause merely addresses the timing of the payment and expressly contemplates that a lawsuit could occur before payment is due.  … We therefore conclude that an assignable right to benefits accrues on the date of the loss, even though payment is not yet due … .

It also found that an insured has no “duty to adjust” that could be improperly delegated, because “[a]n insured … does not ‘adjust’ losses.”  In particular, the court found,

An insured does not determine the amount that the insurer will pay to cover the loss … .

Although the last point in the court’s opinion seemed to challenge one of the premises of the insurers’ public policy argument, the court went on to declare that it is not the place of the judiciary to solve the moral hazard problem they identified:

[T]he insurance industry argues that assignments of benefits allow contractors to unilaterally set the value of a claim and demand payments for fraudulent or inflated invoices. … Our court is not in a position … to evaluate these public policy arguments.  There is simply insufficient evidence in the record … to decide whether assignments … are significantly increasing the risk to insurers.  If studies show that these assignments are inviting fraud and abuse, then the legislature is in the best position to investigate and undertake comprehensive reform.

The court reversed the order of dismissal in One Call, and it cited that decision in its separate reversal of the order of summary judgment in Emergency Services.

In Overhead and Profit Class Actions, The Third Trade’s No Longer The Charm